The pandemic bore a new era for markets — one of a more powerful and influential retail investor. With extra cash and more free time as pandemic lockdowns ensued, droves of individuals betting on stocks showed Wall Street a year of reckoning and changed investing forever.

Even as the frenzy has let up, young retail investors have no plans to stop. In fact, 20- and 30-something year old investors want to allocate more of their money to riskier investments in pursuit of greater returns as markets rise towards records.

A recent survey of retail investors conducted by U.K.-based investment management firm Schroders found that younger age groups comprised a significant portion of respondents who reported plans to be more active in volatile, higher-risk sectors. Schroders asserted that people don’t seem to be more bullish than before. Instead, amid volatile conditions, they know they have more to gain.

The study found a number of people exhibiting riskier investment behavior as a result of the pandemic, with one-third of retail investors expressing plans to invest in high-risk assets, including ones they haven’t previously considered. Of respondents in the study who appeared to have a greater appetite for risk, 44% were between the ages of 18-37.

“Younger people theoretically have longer in terms of their investing horizon until they retire, so on the one hand, investing in riskier assets makes a lot of sense for them.” Lesley-Ann Morgan, ​​head of multi-asset strategy at Schroders, told. “I think where it becomes more difficult is when the amount they’ve got tied up in this is not appropriate for their financial means.”

Luis Viceira, an expert on investment management and professor at Harvard Business School, argues that the greater capacity among young investors to take on more investment risk is no reason to actually do so.

Younger investors with more generous risk budgets can benefit from making smarter use of them by allocating to professionally-managed investment vehicles, such at mutual funds and ETFs, and still see those investments pay off, according to Viceira, who also said he believed that retail investors, especially young and inexperienced ones, have no business investing in individual stocks.

Investors who trade on top of their separate, full-time jobs do not have the time — or resources — to properly research securities the way that an analyst at a professional firm does, he added.

“There will be a few that get lucky and invest in stocks that perform well, but the vast majority are kind of wasting that risk budget that they have,” Viceira said.

In its study, Schroders found that the younger investor bracket had more diversified portfolios across various sectors and asset classes, especially favoring industries deemed to be more volatile, such as electric vehicles, biotechnology or cryptocurrencies.

‘Seeking a chance to reach their aspirations’

Investors between 18-37 years of age reported significantly higher return expectations than their older counterparts, though Schroders indicated those projections had more to do with the younger age group having a significantly more diversified portfolio than the suspected idea that older investors have more realistic expectations.

“I often say that risk is the price we pay for a chance to reach our aspirations,’ Meir Statman, one of the founding fathers of behavioral finance and a professor at Santa Clara University’s Leavey School of Business, told.

In his work, he has indicated that investors who dabble in speculative assets such as crypto are not seeking risk, but “seeking a chance to reach their aspirations” and hoping such investments could lift them up the economic ranks, retire early, or quit boring jobs to pursue careers they are passionate about.

“It is generally the case that, especially for young people, aspirations are higher than their current position, so they are willing to take risks,” he said.

Dan Egan, director of behavioral finance and investing at Betterment, said the problem exists not necessarily in particular higher-risk asset classes themselves, but in the other unknowns that come with investing in them such as uncertainty around the clearing process of online brokerages and prematurely allocating and trading capital that hasn’t settled, as opposed to investing in traditional custodial brokerages that are more conservative and cautious about letting the clearing period on investments pass. 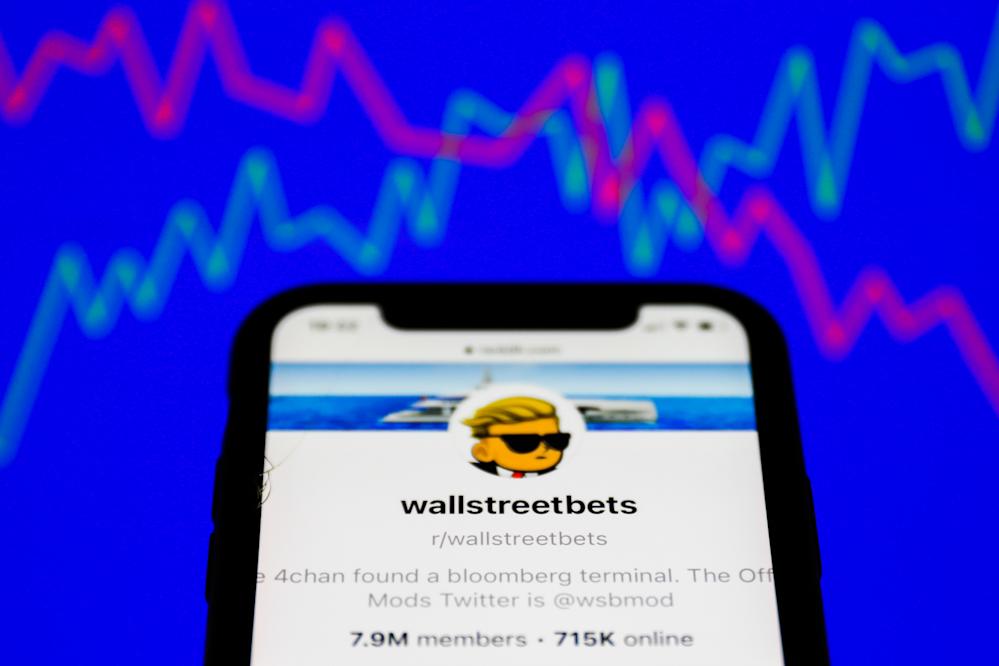 Egan also told that the anecdotal perception of young retail investors pursuing only high-risk, speculative assets appears to be greater than the actual reality of it.

“A good way of thinking about this is, I go to the gym five days a week, but the stories I am going to tell my friends are actually about when I go out to the bar and the good times that I’ve had,” Egan said.

“I think it’s a similar thing among retail investors who have the vast majority of their money in 401(k)s, retirement funds, or other more normal investments like index funds and mutual funds, but because there is more diversity in speculative asset class, we’re hearing a lot more about them, even if they still make up the minority of people’s money.”

Schroders’ study, which surveyed 23,950 people who invest across 33 locations around the globe, suggested a similar point. Although, one-third of respondents, the group that outlined plans to foray into more high-risk investments was sizable, almost half of survey participants said they will put “more” or “much more” money into general savings or low-risk investments, with those in the younger cohort among the 46% who intend to put more towards savings and 46% in low-risk investments.

Excess savings and more time to experiment with investing contributed to the more active retail investors that emerged in the past one to two years, but Egan predicted that as the pandemic winds down and people begin to socialize and spend money again, fewer young investors will have the time for active trading.

“It’s not like a collapse or anything, it’s just like letting out pressure from a balloon over time,” he said. “I think it will drift down.”