Why semiconductor stocks should be avoided for now: Analyst

Stay away from battered semiconductor stocks for the time being, according to Citi analyst Chris Danely.

“We continue to believe we are entering the worst semiconductor downturn in at least a decade, and possibly since 2001 given the expectation of a recession and inventory build,” Danely added. “We expect every company in our coverage universe and every end market to experience a correction.”

Danely’s cautious take on chip stocks is not without good reason. Here are four major chip companies that have issued profit and sales warnings in the last two weeks:

Nvidia has only known rapid growth in the past five years, but that appears to have come to a halt in the second quarter as macroeconomic forces grip the surging chip player’s business.

The company shocked investors this week with notable sales and profit warnings, which cast a fresh dark cloud over the beat-up chip sector.

“The shortfall relative to the May revenue outlook of $8.10 billion was primarily attributable to lower sell-in of Gaming products reflecting a reduction in channel partner sales likely due to macroeconomic headwinds,” Nvidia said in a new SEC filing. “In addition to reducing sell-in, the company implemented pricing programs with channel partners to reflect challenging market conditions that are expected to persist into the third quarter.”

The stock bounced back nearly 6% as of market close on Wednesday amid a broader market rally after cooler-than-expected inflation data but is down 38% so far in 2022. 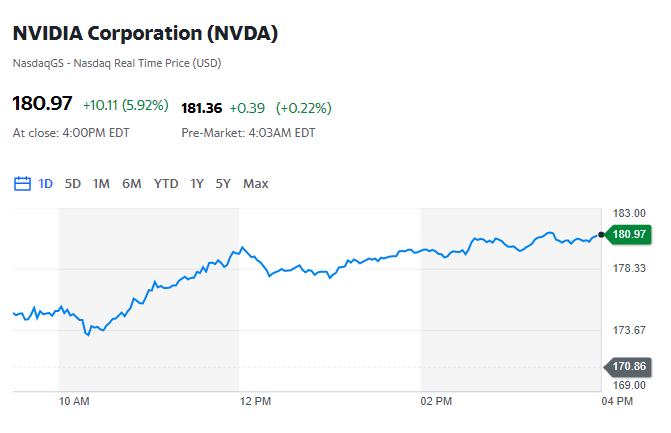 After dropping a warning in late June, Micron decided earlier this week it wasn’t done yet letting investors down.

“Recently, due to macroeconomic factors and supply chain constraints, we have seen a broadening of customer inventory adjustments,” Micron said in a new SEC filing. “As a result, our expectations for CY22 industry bit demand growth for DRAM and NAND have declined since our June 30, 2022 earnings call, and we expect a challenging market environment in FQ4 22 and FQ1 23.”

Micron stock closed nearly 4% higher on Wednesday but is down 34% year to date. 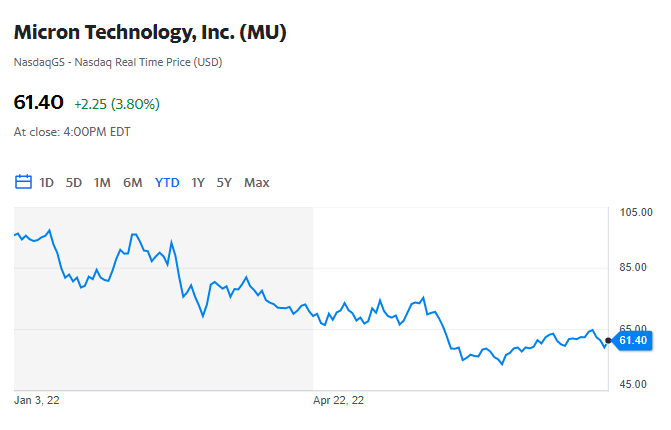 The weakness in demand for PCs led AMD to forecast a rare worse-than-expected third quarter despite its estimates for continued strength in sales of chips for data centers.

AMD sees third-quarter sales in a range of $6.5 billion to $6.9 billion. The Street had projected sales of $6.8 billion.

The chip maker also forecast a third-quarter gross profit margin of 54%, slightly below estimates for 54.2%.

AMD stock was up more than 3% Wednesday amid a 31% decline year to date. 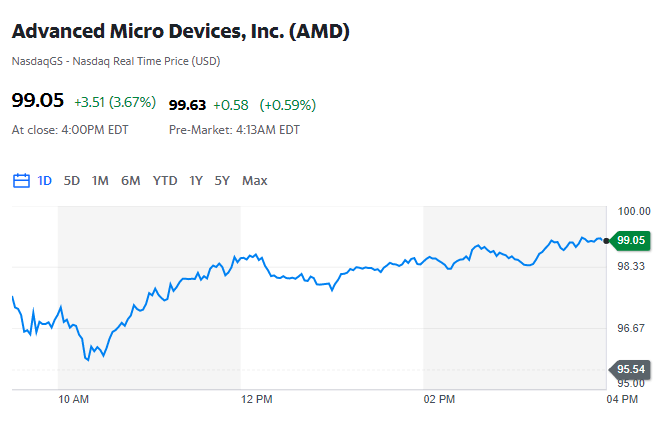 The stock, while up 2% on Wednesday, has struggled to recover in recent weeks. 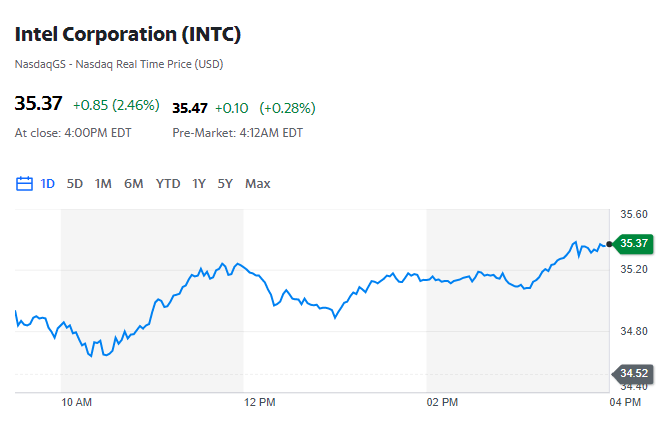 The cause of the warning came from Intel’s new view that the total addressable market for PCs this year will plunge 10% as consumers continue using hardware bought during the pandemic.

“We believe that we are at the bottom,” Intel CEO Pat Gelsinger said following the warning. “We have said that very plainly, that we are below the shipping rates of our customers. So we see that building back naturally. Also as we go into the second half you have some of the natural cycles like holidays as well. So all of those give us confidence in the guidance we gave.”