Two trading days into the new year, and 2023 is already off to a rocky start for Apple (AAPL) and Tesla (TSLA), arguably the two most important stocks for U.S. investors.

While both stocks managed to finish with gains on Wednesday, they remain underwater in the new year after each hit new 52-week lows on the first trading day of 2023.

Tesla’s 12% drop on Tuesday was its worst one-day performance since 2020. Apple’s decline to start the year saw the iPhone maker lose its status as the last U.S. tech giant with a market cap above $2 trillion.

And as a bevy of new leaders are surfacing in the S&P 500 index, history suggests these two stocks aren’t likely to retain their top-of-mind status for investors in the coming years.

Over the last three months, some of the biggest companies by market capitalization have seen shares hit hardest, with Tesla leading the pack, losing 55%.

Over that time, Amazon (AMZN) is down nearly 30%, while Apple and Alphabet (GOOG, GOOGL) are each down about 13%.

Contrast that with the performance of some key names in the health care, financial, and consumer staples sectors over the trailing quarter, and we can see the changing of the guard unfolding in real-time. 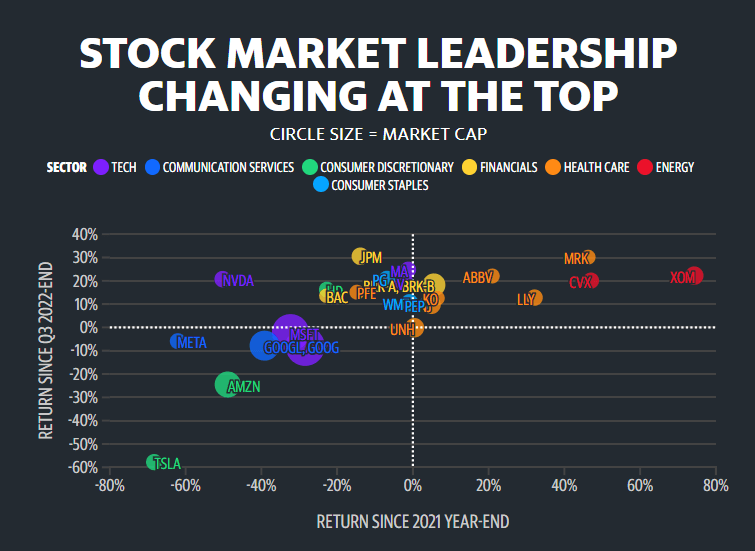 Pharmaceutical company Merck (MRK) is up over 25% over the last three months, while big bank JPMorgan Chase (JPM) is up 20%, and consumer staple Procter & Gamble (PG) is up over 15%.

The top five stocks at the height of the dot-com bubble in 2000 were Microsoft, Cisco (CSCO), General Electric (GE), Exxon Mobil (XOM), and Intel (INTC).

According to research by Goldman Sachs, these names comprised 18% of the S&P 500’s market value at the time. Today, they make up only 8%.

Compare those names to the leaders at the beginning of 2022, which is increasingly seen as the end of the low-interest rate era that persisted for over a decade.

This group achieved an eye-watering 25% concentration in the S&P 500 around the start of the pandemic — a share that’s already shrunk to 18% today.

Only Microsoft spans both eras, though even that’s a bit misleading, as the stock fell from the ranks of the market’s largest names after the tech bubble burst, only to later re-emerge under Satya Nadella’s leadership in the late 2010s.

Exxon Mobil is another interesting case.

The company ceded its crown as the biggest U.S. public company in 2013 to Apple. Shares were later decimated by two oil crashes, first in 2014 and then in 2020. However, as crude oil has surged over the last two years, so have energy stocks. Now, Exxon is once again in the top ten list, sitting in eighth place. 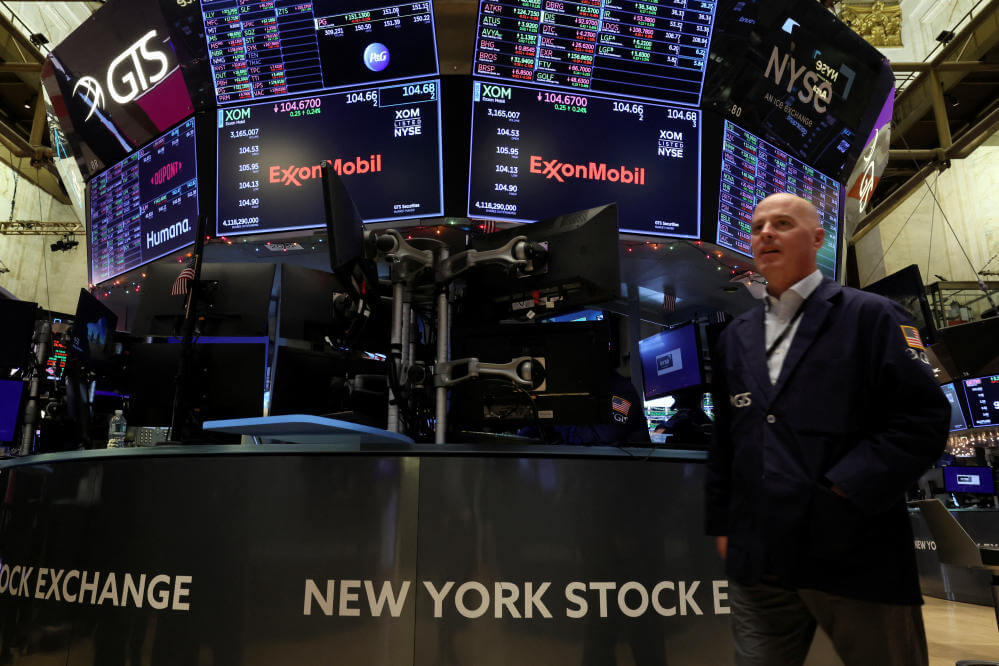 The remaining companies from the top five in 2000 — Cisco, Intel, and GE — are still well below their record highs notched over two decades ago. GE, for its part, is stuck 85% below its 2000 record high; on Wednesday, its healthcare unit began life as a separate publicly-traded company. 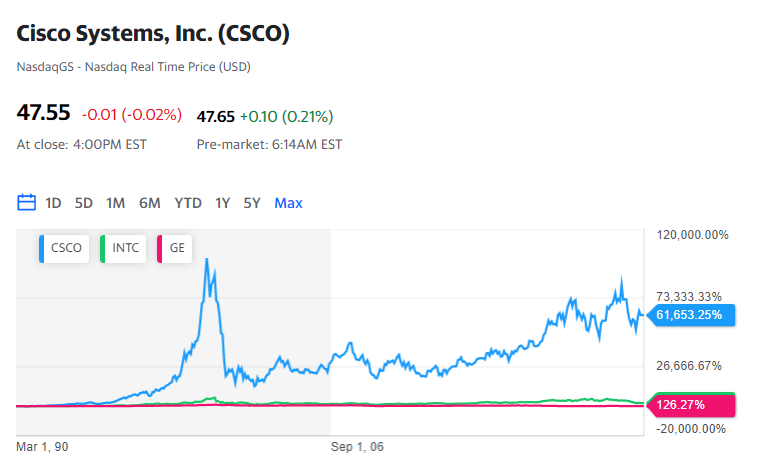 Of course, the future isn’t pre-ordained in any market environment, and investors will look to price in a host of game-changing unknowns this year.

Key to these unknowns will be a debate over whether or not the bear market bottom is in, and when the Federal Reserve will eventually pivot.

Regardless, investors will likely be served best in the new year — and new era — by keeping an open mind rather than fixating on yesterday’s broken leaders.

Even if those broken leaders are household stocks like Apple and Tesla.