Where is value in the metaverse? Experts detail promises and risks

If you haven’t heard of the metaverse by now, you probably are living under a proverbial rock. However, how we can and should define the metaverse is far less ubiquitous than the term itself. We mostly understand that it involves virtual reality (VR) experiences, augmented reality (AR), artificial intelligence (AI), and cryptocurrencies.

What’s even less clear is what it means for something to have value in the metaverse. At its core, the metaverse is a “3D immersive environment” and that’s where we should start, said EY Global Chief Innovation Officer Jeff Wong.

“There’s an intersection, a 3D-rendered world that exists where you buy NFTs, you use cryptocurrency to exchange and pay within that environment,” he told. “But, you can own cryptocurrency without being in a 3D environment and you can also be in a game, exchanging goods, in a format that’s entirely independent of Web3.”

Web3 at its core is a vision for a decentralized, blockchain-based web. Though it’s easy to conflate the two, it’s an understandable mistake – the intersection between them is substantial and significant, Wong added. 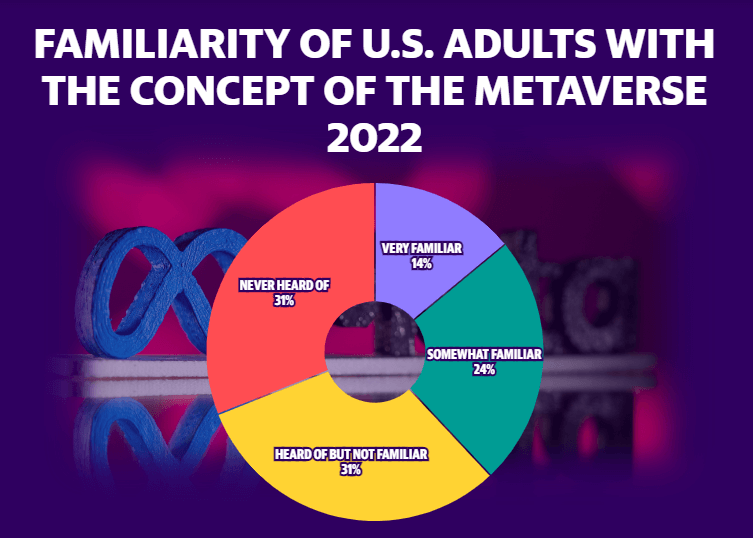 So, what’s valuable in the metaverse? That’s still in flux, but there are some things that we do know, including that scarcity and friction will likely generate value.

“The evolution that we’re seeing is that people are creating these metaverse spaces and selling digital land in those spaces,” said Wong. “People are also renting out that land, which in turn gives owners access to goods and services that then tie to transaction fees, that enable you to buy things inside of that metaverse … There’s relatively large value that’s being created by selling this digital land. And, if you’re thinking that you can create an unlimited amount of that land, you would be theoretically correct. However, metaverses are limiting land creation in their environments, creating scarcity.”

“[The metaverse] is for Gen Alpha, and the youngest members of Gen Z,” she said. “That’s why we’ve called our company Everyrealm, because it’s about every metaverse, specifically for the metaverse generation, a generation that’s grown up with social video games like Fortnite and Minecraft, and a pandemic that forced that generation to socialize primarily through video games. They’ve also grown up with social media and smartphones from the time they were babies. So, technology has always been part of their lives. Their social networks are different than ours are. For my generation, it’s Facebook. For you, maybe Instagram. For Gen Z, it’s TikTok and video game-like environments—the metaverse.”

There’s certainly the world of metaverse retail to consider, as well.

“The other way folks are making money in the metaverse is that a lot of brands want to be involved, so you get metaverse-specific t-shirts, watches, shoes, you name it,” said Wong. For instance, in Decentraland, some entrepreneurs have been buying up space specifically for fashion retail.

“It’s imperative for companies to get ahead of the curve and begin strategizing on how they aim to meet consumers where they’re at,” said Our research shows that 79% of consumers active in the metaverse have already made a purchase, indicating that the potential alone is too big to ignore.” 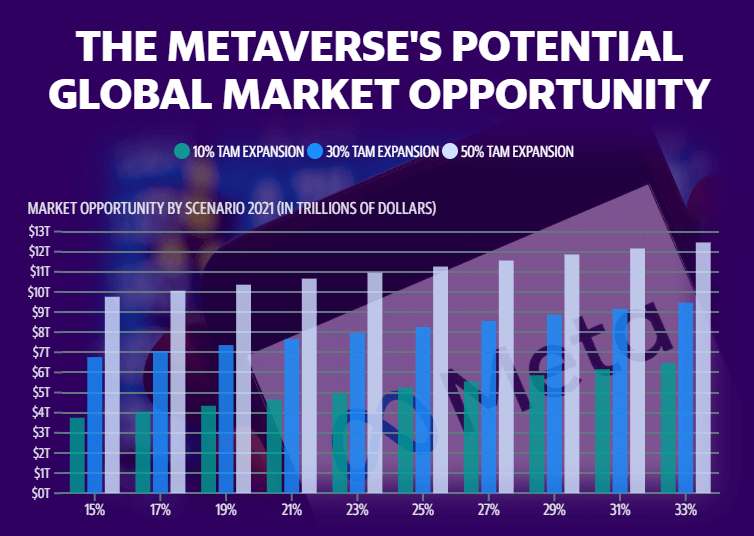 As lucrative and innovative as this technology seems, the metaverse – specifically the NFT market – has posed major cybersecurity concerns, ranging from pump-and-dump schemes to phishing attacks.

“I think one of the things that’s super important to be really paying attention to nowadays is that we have an opportunity to build a new world from the beginning. And we have learned from what we’ve done so far that security was not designed and built in at the very beginning. So I think that’s the opportunity,” explained Haiyan Song, executive vice president and general manager of security and distributed Cloud at F5, a cybersecurity company.

Hackers on decentralized platforms are actively discovering new ways to exploit users. For example, rug pulls – in which a crypto development team abandons a project and removes all its liquidity – accounted for $2.8 billion (37%) of stolen crypto value in 2021. Rug pulls were 1% of crypto scams in 2020.

“I think another challenge I see is the privacy and the data security in the world [of the metaverse],” Song said. “When social engineering phishing comes in and things happen, there’s no kill switch, so I think that’s another challenge.”

A kill switch is exactly as it sounds: a way to shut down a program or service. Companies like Microsoft, Google, and Apple include kill switch software in their devices to prevent user data from being stolen and manipulated. In its current form, decentralized platforms in the metaverse do not have this technology embedded, making users prone to scams from members of the blockchain.

“There’s just a lot of well-known sort of heists that have happened where the digital cryptocurrencies and wallets on the coin exchange are being stolen,” Song added. “The world of the metaverse and the current technology stack are so connected, connected through users.”

“Even though you live in a decentralized world that was designed to not have a central authority, you can still build regulations. I think there’s a design principle: the citizens of the world. Citizens don’t have to be individuals. It could be vendors and others. I think it’s more about maybe bridging the current world where there are regulations and policies that guide the vendors in the new world.”

“It’s imperative for companies to get ahead of the curve and begin strategizing on how they aim to meet consumers where they’re at,” she said. “Our research shows that 79% of consumers active in the metaverse have already made a purchase, indicating that the potential alone is too big to ignore.”