What economists are saying about soaring inflation?

Consumer prices soared by the most in four decades in January, with inflation across the economy showing few signs of peaking even after months of increases.

The Consumer Price Index’s 7.5% annual surge at the start of 2022 was the biggest leap since 1982 and topped already elevated expectations for a 7.3% rise, based on Bloomberg consensus data. On a month-over-month basis, the CPI unexpectedly posted a 0.6% increase for a back-to-back month, whereas economists had been looking for a deceleration. Core inflation, which strips out volatile food and energy prices, also exceeded estimates, showing a 6.0% year-over-year jump in January.

The report served as one of the clearest affirmations that inflation — described as recently as November by the Federal Reserve as “transitory” — has become a persistent feature of the economic recovery. And for many economists, the further jump in prices in January serves as additional fuel to the argument that the Fed must hasten to pivot away from accommodative monetary policies and tighten financial conditions to help bring down elevated prices. 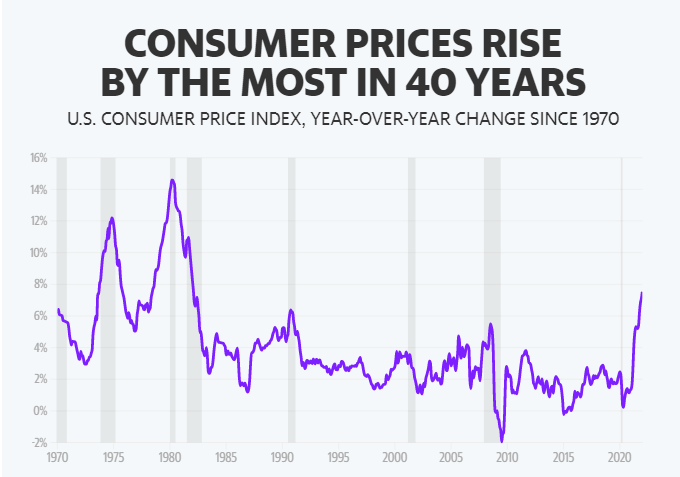 Markets responded swiftly to the CPI data, with stock futures sliding and Treasury yields spiking in the immediate aftermath of the release of the report at 8:30 a.m. ET. The benchmark 10-year yield reached its highest level since August 2019, topping the closely watched level of 2% as investors priced in the likelihood of higher interest rates from the Fed this year.

Here’s a look at what some economists had to say about the latest inflation data.

The details of the CPI report showed few areas where consumers could find refuge from rising prices. Jumps in prices for food, energy and shelter comprised some of the largest contributors to the headline rise in inflation in January.

“There was broad-based strength across goods and services,” Bank of America economists Alexander Lin and Meghan Swiber wrote in a note Thursday morning. “The only soft component was new cars, which was flat. The widespread pressure across goods likely reflects ongoing supply chain constraints which have not yet shown signs of material improvement.”

“In services, rents stayed hot, with OER [owners’ equivalent rent of residences] up 0.42% mom [month-over-month] and rent of primary residence accelerating to a 0.54% clip — the strongest monthly increase since October 1992,” they added. “Tight labor markets and strengthening wage growth are likely underpinning the rent trajectory, which could continue to heat up in coming months.”

Other economists also noted that the leveling off in new vehicle price changes served as one bright spot in the CPI print.

“The good news in this report — really — is that new vehicle prices were unchanged, after eight straight monthly increases of more than 1% per month,” Ian Shepherdson, chief economist at Pantheon Macroeconomics, wrote in an email Thursday morning. “This is a significant development. Rising inventory, on the back of increasing chip supply, is both boosting sales and capping prices.”

“Vehicles account for 10% of the core CPI, so sustained declines would be a real drag on the overall core inflation rate, which rose to 6.0% in January from 5.5% in December,” he added. “The peak likely will be in March, close to 6.5%, but it will then fall rapidly.”

Fed ‘will have to bring an even bigger firehose’

But until then, many economists are calling for the Fed to step in. The central bank has signaled it will stop adding assets to its portfolio in March and then begin raising interest rates, increasing borrowing costs and tamping down on consumption to help stem the rise in prices.

“As the inflation fire burns even hotter, the Federal Reserve will have to bring an even bigger firehose to put it out,” Chris Rupkey, chief economist for FWDBONDS, wrote in a note Thursday.

“Inflation is not going away. It’s not just consumer goods going up, so don’t bother waiting for the pandemic to go away and allow more workers to return to their jobs and lessen those supply bottlenecks,” he added. “Inflation is raging out of control due to too strong consumer demand and the only thing the Federal Reserve can do is rein in consumer spending. Fed officials can talk all day about how rate hikes won’t slow the economy, but the markets know that that is just when the doctor ordered to cure this inflation outbreak. Slow the economy and consumer demand.”

Other pundits offered a similar take.

“For the Fed, this report provides another wake-up call. Inflation is here and it continues to make its presence known everywhere,” Bank of America’s Lin and Swiber said. “We remain comfortable with our hawkish call for the Fed to hike seven times this year, beginning at the next FOMC meeting in March.” 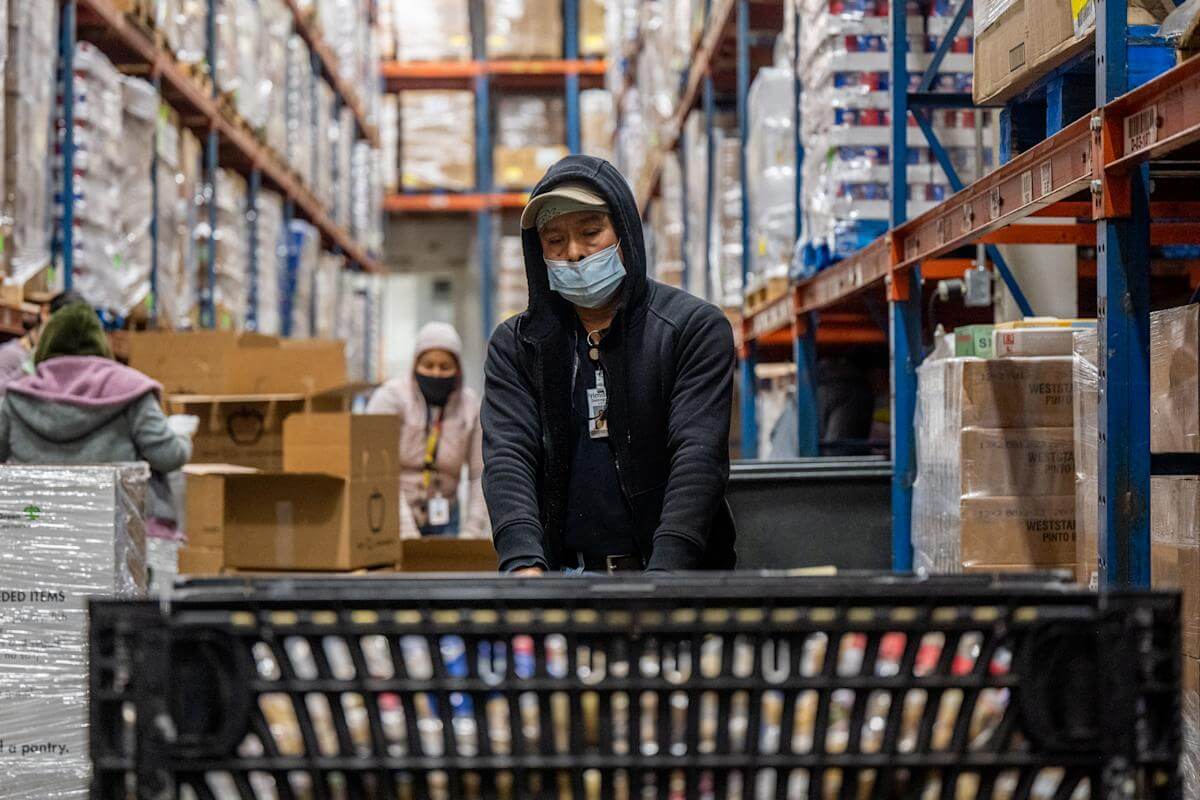 After the CPI report Thursday morning, market participants were pricing in an about 50% probability that the Fed would opt to raise interest rates by 50 basis points at its March meeting. If realized, this would mark the first rate hike of more than 25 basis points since 2000.

“The Fed’s main goal, co-equal to maximum employment, is price stability and as such they need to take action now. It’s possible that the actions available to them — raising interest rates and reducing their balance sheet — are not sufficient to tame the type of inflation that we are experiencing now and that’s why they are in such a difficult position and risks for markets are much higher than are currently being priced in,” Chris Zaccarelli, chief investment officer for Independent Advisor Alliance, wrote in an email Thursday.

Still, while many economists agreed the inflationary backdrop warrants a more hawkish Fed, some suggested a larger rate hike right off the bat remains unlikely.

“I think with these numbers and the way the economy performed last year, you could certainly make a case for 50 [basis points],” Michael Darda, MKM Partners chief economist, told on Thursday. “But the reason the Fed probably won’t do that is because if they did, market expectations would reset to 50 at each subsequent meeting, and they probably don’t want to take the risk of taking that step and then having to reverse course.”

“They’re probably going to start out more gradually. They still have seven meetings this year, they can raise rates at every meeting by 25 basis points if they decide that’s called for,” he added. “And they can also pick up the pace of rate increases later on.”