What Does Warren Buffett See in HP?

Few events can catalyze interest in a stock like the disclosure of a major Berkshire Hathaway ( BRK.A 1.78% ) ( BRK.B 1.90% ) stake. CEO Warren Buffett is a king among kingmakers in the financial markets, and investors take notice when he discloses a big purchase.

So naturally, it was an event of significance when the investing community learned Berkshire has taken a large position in HP ( HPQ -3.57% ). Buffett and company certainly aren’t averse to holding technology stocks (Apple is an obvious example), but buying shares of an old-school PC and printer manufacturer might seem out of left field and, to be frank, a little bit out of touch.

Many will be tempted to buy HP stock to mimic Buffett, but informed investors should always dig into a company’s fundamentals before committing any capital to a trade — after all, that’s what the Oracle himself does. 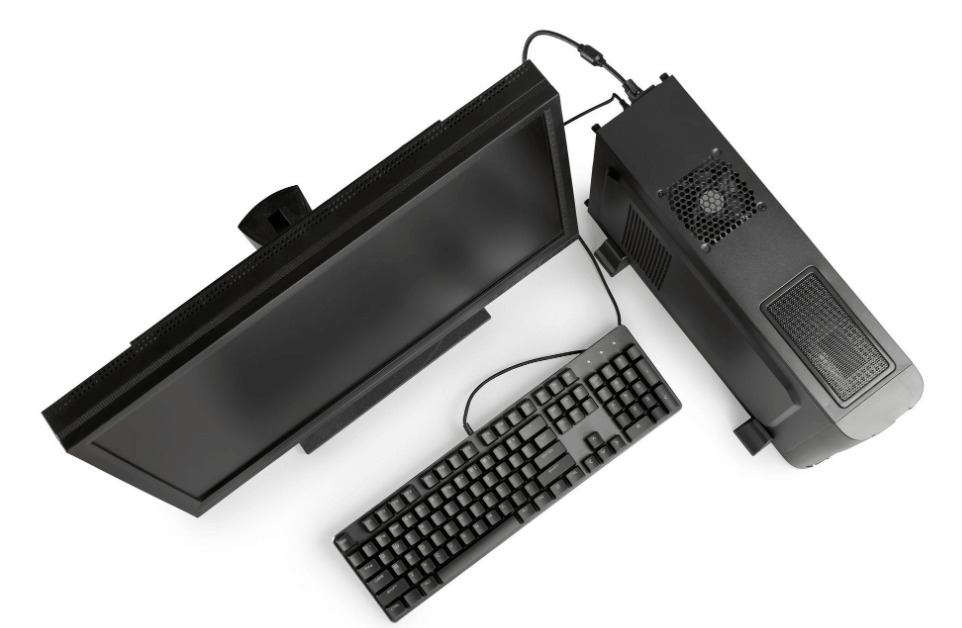 Price is what you pay …

It’s hard to know exactly what the company paid at the time (or times, as the case may be) of purchase, but Berkshire Hathaway disclosed in an April 6 filing that it held 120.95 million shares of HP. On that same day, Berkshire’s position in HP was worth roughly $4.2 billion and represented a stake of approximately 11%.

A position size of nearly 121 million shares might sound massive, but it’s really a modest position for Berkshire. As a basis of comparison, consider that Apple stock accounts for roughly 46% of Berkshire Hathaway’s current holdings.

So Buffett is basically dipping his toe in the water, but the market still pumped up HP shares as much as 19% the morning after Berkshire’s position was revealed. Call it the “Buffett effect.”

Yet, not everyone is hyped about HP’s future prospects. For instance, Morgan Stanley’s Erik Woodring expressed concern that “PC and consumer hardware spending will be pressured as supply improves and demand normalizes after two years of above-trend growth.”

Woodring’s point about supply-demand normalization is duly noted — and besides, HP shares have already provided a 200%-plus return from their March 2020 low. What would prompt Buffett and Berkshire to become HP’s largest stockholder, then? 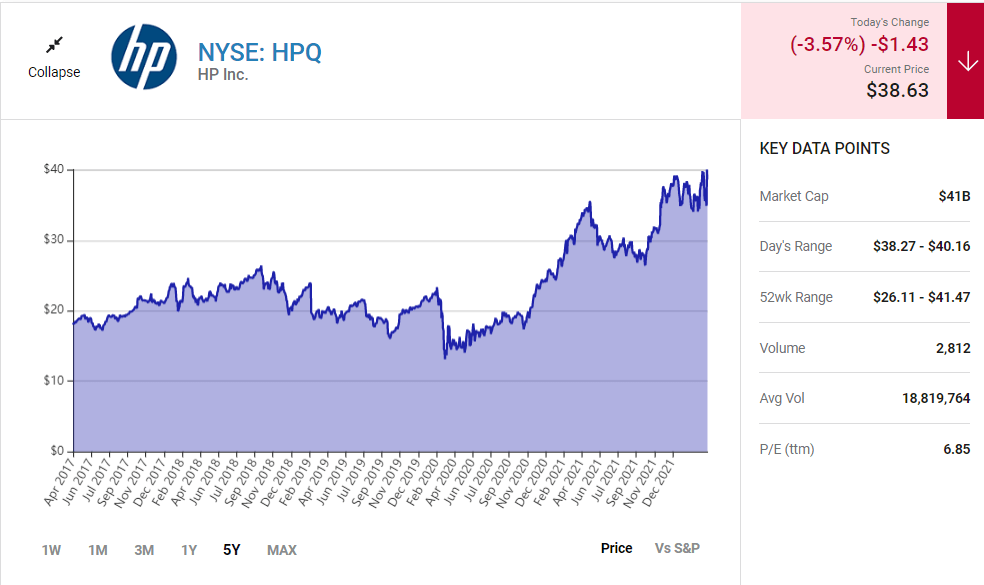 Most likely, the key word here is “value”: On a trailing-12-month basis, HP’s price-to-earnings ratio is an invitingly low 6.9. If price to sales is your preference, then HP comes in at 0.7 (a ratio below one is often considered a good value).

Another Buffett-esque indicator is free cash flow (a company’s remaining cash after it funds operations, capital expenditures, and so on), and evidently, HP excels in this regard. During the past five years, the company has averaged nearly $4 billion of free cash flow per year. Moreover, CFRA Research analyst Angelo Zino believes the company is “on pace to generate annual FCF of at least $4.5 billion, with all being returned to shareholders.”

Speaking of returning capital to shareholders, HP’s forward annual dividend yield of 2.6% might not make you a billionaire like Warren Buffett overnight. However, it’s the icing on the proverbial cake, and Buffett is known for leaning toward dividend-paying companies.

Of course, none of this would be convincing if HP weren’t a profitable business. Thankfully, the company passes muster with fiscal 2022 first-quarter diluted earnings per share of $0.99, representing 19% year-over-year growth.

An oldie but goodie?

Despite Buffett’s stamp of approval, it might feel uncomfortable to invest in a legacy tech-hardware business. Plus, Berkshire’s stake is relatively small and Woodring’s point about PC demand normalization mustn’t be dismissed.

Still, Berkshire’s investment in HP speaks volumes. His eye for value is legendary, and there’s evidence to back up a bullish, bargain-based thesis.

Unexpected as it may be, Berkshire’s bet on HP makes sense from a fundamentals-focused perspective. With that in mind — and despite an understandable reluctance to wager on a business that may have peaked 20 years ago — investors might still consider following in Buffett’s footsteps and giving an old hardware-tech standby a try.