Vintage cars are ‘a compelling market’ amid recessionary environment: Bring a Trailer CEO

For car lovers out there who follow the classic car market, the exploding interest in auction site Bring a Trailer (BAT) has, to put it lightly, been a mixed blessing.

On the positive, the site has on display hundreds of classic and enthusiast cars that one can peruse and bid (or dream of bidding) on. On the other hand fans decry the exploding values of once attainable cars, that they blame on the rise of Bring a Trailer.

“People continue to be very interested in the space,” Randy Nonnenberg told. “It’s a compelling marketplace and we see increased demand that’s not letting up even in this environment.”

The environment he’s talking about is where global equities have plunged deep into correction and near bear markets, interest rates across the globe have skyrocketed, and the IMF and others are warning about economic slowdowns.

At the highest end of the classic car market, it seems buyers are immune to these economic realities. At Monterey–Pebble Beach Car Week this past August, auction houses like RM Sotheby’s, Bonhams, and Gooding & Co. saw bidders splash out like never before, with total sales hitting an astonishing $469 million, nearly $120 million over last year. 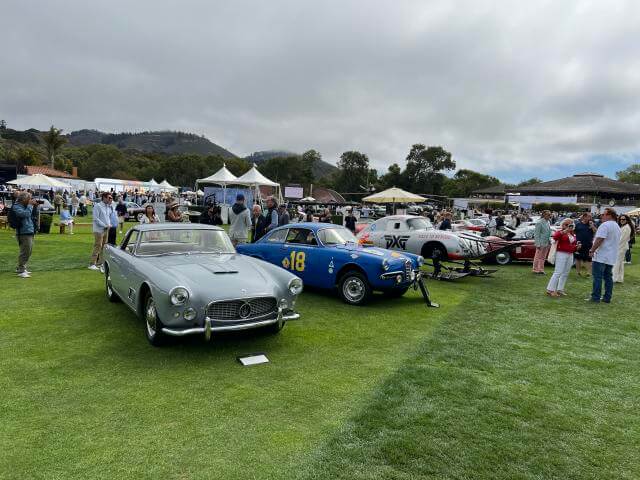 Nonnenberg believes at the other end of the market, the enthusiast modern classic buyer if you will, two factors are at play that drive that market for BAT: transparency and lack of supply.

“When we invented Bring a Trailer, a lot of people thought it would be for old-fashioned type cars, but it quickly became apparent that the model of transparency and reliability online and being able to sell a car at a very, you know, efficient fee and reliable way was interesting for modern cars,” he said. “And particularly in the last six months or a year, with limited availability at new car dealerships and some dynamics in play like that, a lot of people look to our platform to go buy their car that they were going to drive every single day.”

Nonneberg also believes BAT is immune to certain downturns in a market, because while in upmarket they might be buying, in a down market they might have to sell to raise cash, and Bring a Trailer is the “most efficient and reliable way to unload” one of these vehicles, he said.

Looking ahead, one area of the modern classic market that BAT sees as a growing area of interest is ’90s era cars.

When most people think of classic cars, they think of Mustangs, Camaros, and Corvettes from the 60s. They’re usually not thinking of Toyota Supras, Honda NSXs, or BMW M3s.

“When I was a kid, classic cars were from the ’50s and ’60s and had tail fins and chrome. These days, cars from the ’80s and ’90s you know, are 25 and 30 years old, just like they were back in the day,” Nonneberg says. “[Cars of that era are] by far the highest dollar volume; a lot of the record results that we’re seeing are in that sort of area, and it’s different than people would have predicted.”

BAT predicts it will hit a major milestone this year, when it crosses the 100,000 listing mark, something Nonnneberg wouldn’t have predicted many years ago. More unexpectedly, it seems the next 100,000 listings will likely powered by fans of 90s and early aughts modern classics.