United Airlines will be flying into the next decade with wind behind more Boeing wings.

The carrier has placed an order for 100 of Boeing’s top-of-the-line 787 Dreamliners with options to purchase 100 more. In a press release, United described the purchase as “the largest widebody order by a U.S. carrier in commercial aviation history” and expects to take delivery between 2024 and 2032.

United also exercised options to purchase 44 Boeing 737 Max aircraft for delivery between 2024 and 2026.

“United emerged from the pandemic as the world’s leading global airline and the flag carrier of the United States,” United CEO Scott Kirby said in a statement. “This order further solidifies our lead and creates new opportunities for our customers, employees and shareholders by accelerating our plan to connect more people to more places around the globe and deliver the best experience in the sky.”

United previously stated it would end 2022 with 68 Dreamliners in service.

“With this investment in its future fleet,” Boeing Commercial Airplanes CEO Stan Deal stated, “the 737 MAX and 787 will help United accelerate its fleet modernization and global growth strategy.”

The news is a welcomed development to both companies investor base.

For United, the influx of new aircraft will allow it to boost profits over time by reducing its operating costs and offering more premium priced seating.

The announcement highlighted the 787 Dreamliner’s “greatly improved maintenance and fuel burn economics” as key to “improving” its overall cost profile. 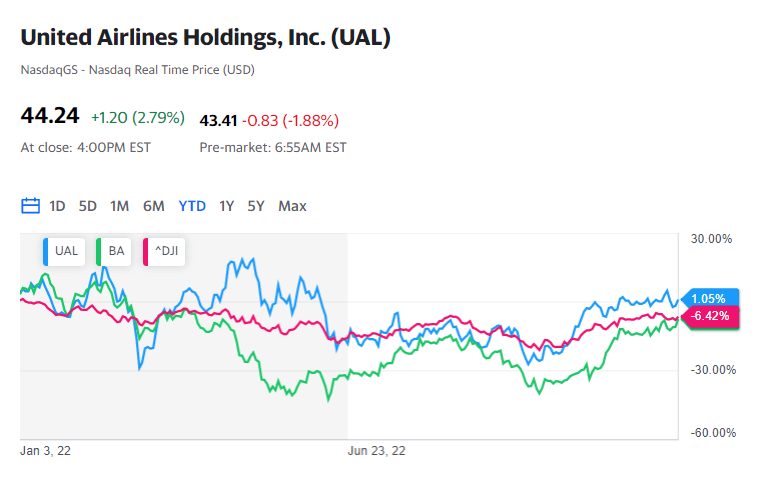 As for Boeing, the world’s largest aerospace company could use any win.

The company continues to attempt a turnaround under CEO Dave Calhoun after dealing with manufacturing issues related to the 737 Max. And last week, despite months of lobbying by Boeing, lawmakers declined to add an extension for Boeing to the annual defense spending bill that would have put new safety systems on the 737 Max-7 and 737 Max-10.

United’s announcement of the big purchase noted that the airline “continues its unprecedented effort to upgrade the interiors of its existing fleet.”