U.S. dollar strength continues as global central banks struggle to keep up with the Fed

Issues in the U.K. are only the latest catalyst for the ascent of the mighty greenback, which is up more than 17% so far in 2022 — the largest year-to-date percentage gain since at least 1972.

Behind U.S. dollar strength is the Federal Reserve, which is steadfastly holding to its commitment to curb soaring price inflation. This past week it hiked its benchmark interest rate by 75 basis points for the third straight meeting, the fastest clip since the U.S. suffered its last major bout with inflation in the early 1980s.

Other central banks are struggling to keep up with the Fed. 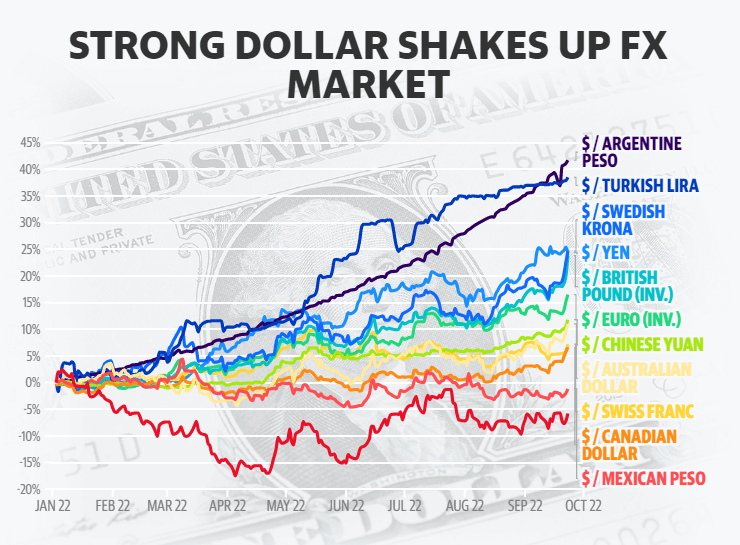 The Riksbank in Sweden surprised market participants Wednesday by hiking its benchmark rate 100 basis points. Swedish central bankers were hoping to lure investors to their bond market and strengthen their currency, the krona. Instead, the opposite occurred, as the dollar surged 3.5% into the end of the week.

Against the krona (SEK=X), the U.S. dollar has strengthened an astounding 25% year-to-date. That is the same level of U.S. dollar appreciation against the Japanese yen (JPY=X) — arguably the canary in the global currency coal mine.

Bank of Japan authorities recently intervened to strengthen the yen for the first time since the Asian currency crisis of 1998. The yen managed to rally a whopping 2.5% before giving back most of it by Friday afternoon.

Looking to emerging markets, the picture is even bleaker.

The Central Bank of the Republic of Turkey — true to its unorthodox approach to monetary policy — cut its benchmark rate by 100 basis points on Wednesday. Unsurprisingly, the Turkish lira (TRY=X) sunk and ended the week on par with the Argentine peso (ARS=X) as the worst-performing currencies of the year. The dollar is up about 40% against both. 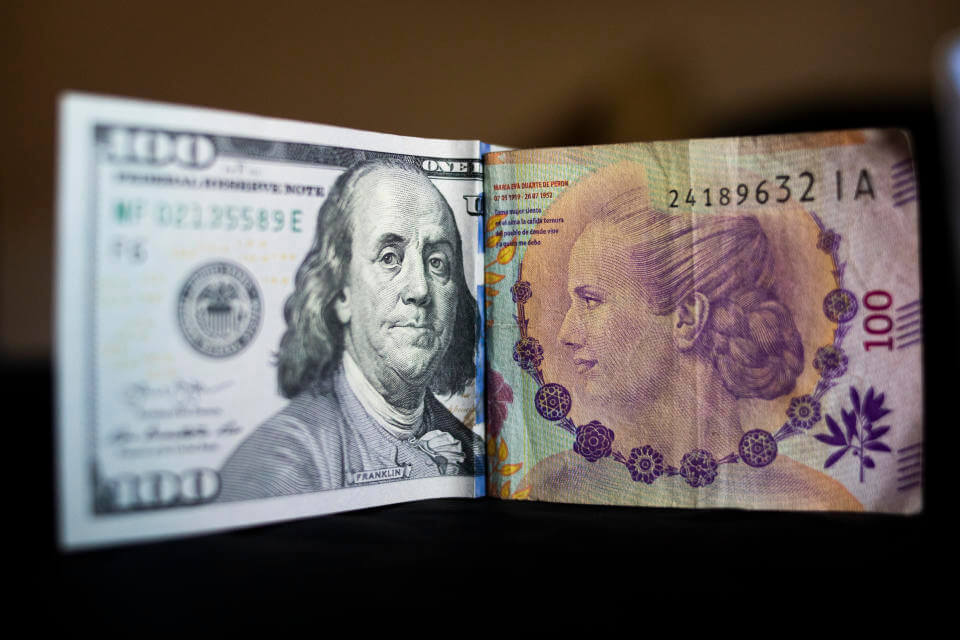 Overall, after a bunch of central bank moves last week, there was one common denominator whether the banks were hiking rates, cutting them, or standing pat: The dollar ended higher.

And while American tourists abroad may celebrate entire countries going “on sale,” all sorts of investment vehicles — 401ks, institutional portfolios, corporate earnings, crypto holdings — are directly or indirectly feeling pain from of these gut-wrenching currency moves.

It’s likely too late for most currency regimes — developed or otherwise — to avoid serious additional pain. At the same time, there are two of the currencies that have strengthened against the dollar in 2022: the Mexican peso (MXN=X) and the Brazilian real (BRL=X).

Notably, the central banks of these two emerging market countries began raising their rates in the first half of 2021 — long before their peers.