Toyota stops sales and production for this auto in the U.S. market.

Toyota is known for a lot of different things, mainly automobiles, but the company also makes sewing machines, forklifts, robotics, boats and even houses. Of course, the main line of business Toyota handles is automobiles.

While being a true leader in the automobile industry, Toyota has dealt with its own setbacks. Toyota launched a subsidiary car brand Scion in 2003 to try to capture a younger buyer’s market, but in the end, Toyota decided that it did not need an entire separate brand to bring in younger customers, and that was the end of the Scion in 2016.

James Jacobs with HotCars.com lists the most notable models that Toyota has discontinued like the Toyota FJ Cruiser, a replacement of the Land Cruiser. While Toyota still makes the FJ Cruiser, it is not available in the U.S., but it is available in Australia. Toyota also dropped the Venza, citing poor sales performance among other reasons. Other models discontinued by Toyota include the Supra, Cresta, 2000GT, Soarer, Celica, MR-2, Solara, and the Carina. 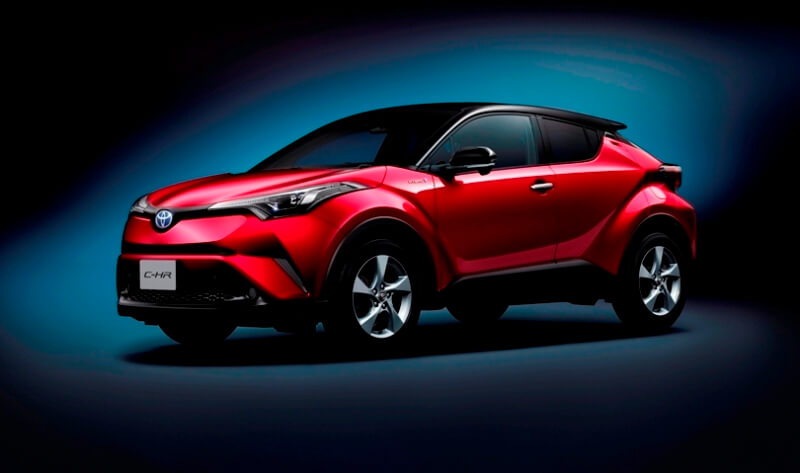 Pulling the Plug on the C-HR

Failure is just a part of doing business. Knowing when to pull the plug is also part of business. Toyota debuted the Compact High Rider or Cross Hatch Run-about C-HR, a compact crossover SUV in 2016. The car was available in an all-wheel drive and a front wheel drive. Toyota sold the C-HR in Europe, Japan, Australia, South Africa, China, Taiwan, Southeast Asia, and North America.

Not To Be Replaced

“Effective following the 2022 model year, Toyota will discontinue sales of the C-HR in the U.S. and Canada,” Toyota said in a statement sent to MotorTrend.com regarding the elimination of the C-HR. “We are constantly evaluating our product lineup and we remain committed to the compact SUV segment. With the recent introduction of the Corolla Cross and Corolla Cross Hybrid, two great products that offer a great combination of utility and efficiency, and the best-selling RAV4, we are providing multiple options for compact SUV buyers.”

The C-HR is kind of a different beast all together, as it’s not a coupe, it’s not an SUV and it’s not a hatchback. What’s for certain is that it was not popular enough to be sold in the U.S. The Toyota Corolla Cross is the best option in the U.S. for a hybrid mix of not quite an SUV, not quite a hatchback. The Toyota Rav-4 is also still available, but that is much bigger than the smaller hybrid cars out there.

MotorTrend also said that the end of the Toyota C-HR also brings the end to the Scion chapter. VehicleHistory.com’s William Byrd stated that Scion brand allowed Toyota to innovate and create without feeling the pressure of being in the Toyota line up. The pressure to deliver value, reliability and style to the masses was not on Scion, as it was a unique car brand trying to allow consumers a chance to drive their individuality on the roads. Oddly enough, Byrd remarked that while Scion was supposed to market to the younger generation, most of the current owners of the Scion brand are much older than the original target audience.