A top economic adviser to President Joe Biden says climate-related policies are a major priority as the White House considers who it would like to serve in the top job at the Federal Reserve.

Heather Boushey, a member of the White House’s Council of Economic Advisers, said the Biden administration broadly sees a link between economic policies and risks that come from climate change.

“As we’re thinking about management of the economy, as we’re thinking about the financial system, really making sure we are taking into account these physical and transition costs of climate change, that’s an urgent and number one priority,” Boushey told Yahoo Finance in an interview on Thursday.

Boushey did not say if she supports current Fed Governor Lael Brainard or incumbent Fed Chairman Jerome Powell for the job, the two rumored final candidates. But Brainard has been the one inside the central bank spearheading efforts to beef up surveillance of climate-related financial risks.

Powell has supported those measures but has also caveated the Fed’s work on climate risk.

“We are not, and we do not seek to be, climate policymakers,” Powell said at a climate change conference in June. He added later that “[the Fed] should avoid trying to fill in public policy where governments haven’t done so yet.”

On Friday morning, Sens. Sheldon Whitehouse of Rhode Island and Jeff Merkley of Oregon said they would not support a Powell renomination, arguing that he has not been aggressive enough on climate matters.

“President Biden must appoint a Fed chair who will ensure the Fed is fulfilling its mandate to safeguard our financial system and shares the administration’s view that fighting climate change is the responsibility of every policymaker. That person is not Jerome Powell,” the two Democrats said in a statement.

Other Democrats have also voiced opposition to Powell’s renomination, perhaps tilting the scales in favor of a Brainard nomination. Last month, Sen. Elizabeth Warren of Massachusetts said she would not support Powell due to his record on bank regulation, arguing that regulatory rollbacks to the post-financial crisis law known as Dodd-Frank make Powell a “dangerous man.”

Sen. Tina Smith (D-Minn.) told Yahoo Finance that she has met with both Powell and Brainard in the last couple of months and said her focus is also on climate.

“I’m interested in a Federal Reserve chair who is also going to be looking at what we need to do to minimize some of the systemic risks in our economy. For me, one of the biggest challenges that we have is the risk around climate change,” Smith told Yahoo Finance Thursday. 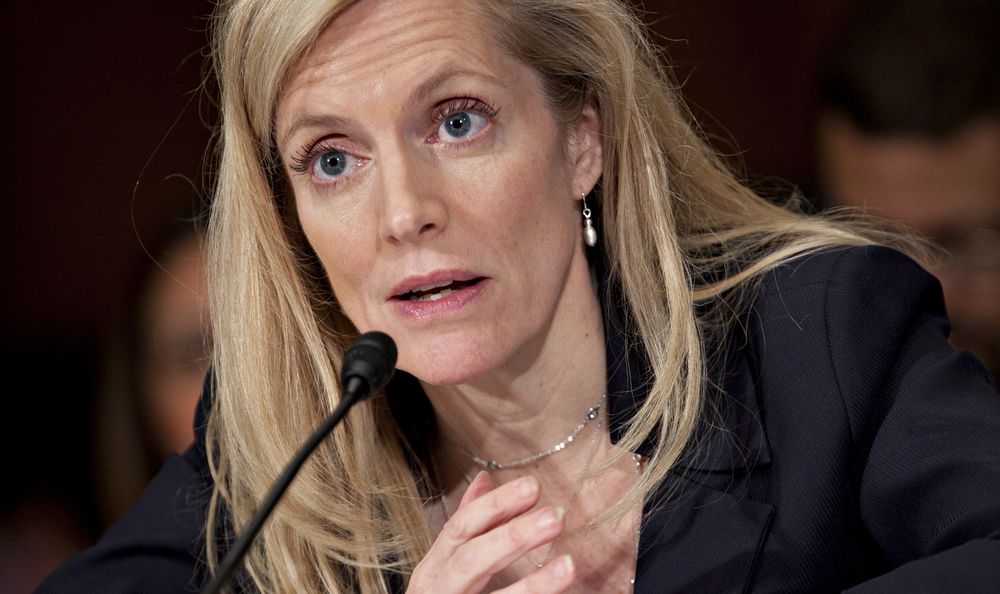 The spotlight on climate policies at the Federal Reserve raises questions about how the central bank should be assessing risk within the bounds of its Congressional mandates.

The Fed’s most well-known tools used to meet those goals are its monetary policies (i.e. levering short-term interest rates). But another tool: monitoring financial stability risks, which works in tandem with the Fed’s power to regulate and supervise banks.

Both Brainard and Powell recognize that extreme weather could incur sudden and large losses on the banking industry. Another risk concerns transitioning to greener energy sources, which could disrupt existing fossil fuel industries and create financial volatility.

Republicans like Sen. Pat Toomey of Pennsylvania have argued that paying mind to climate marks a “sudden departure” from the Fed’s mandate.

But Brainard has said that supervisors “have a responsibility to ensure that financial institutions are resilient to all material risks—including those related to climate change — both currently and into the future.”

Another top economic policy adviser to the White House, Bharat Ramamurti, told Yahoo Finance he agrees that climate is well within the Fed’s mandate.

“It is completely within [regulators’] normal, standard statutory mission to examine and protect the safety and soundness of the financial system. It’s just that climate change has emerged as a threat to potential safety and soundness and regulators in our view should take that into consideration,” said Ramamurti, the deputy director of the National Economic Council.