AMD’s first-quarter results set records across the board. Now investors have a front-row seat to the company’s growth journey.

Over the last several weeks, investors have likely become distracted by the increasing number of headlines about the bear market, inflation, and interest rate hikes. And while the Nasdaq Composite index is down about 28.4% year to date (and many tech stocks are doing far worse), some technology companies have been showing signs of resiliency.

Although its stock price is down 41% year to date, Advanced Micro Devices’ (AMD -0.05%) first-quarter results gave investors many reasons to be bullish about the company. Let’s dig into Q1 and what the road ahead may look like, and why now may be a great time to dollar-cost average into the stock or initiate a position.

AMD reported Q1 2022 revenue of $5.9 billion, an increase of 71% year over year. It is important to note that the first-quarter results included partial financials from the company’s acquisition of Xilinx, which closed in February. Excluding the contribution of Xilinx, AMD’s first-quarter revenue was $5.3 billion, which is still a record quarter for the company. The significant increase in revenue was driven by AMD’s computing and graphics segment, as well as its enterprise, embedded, and semi-custom business. 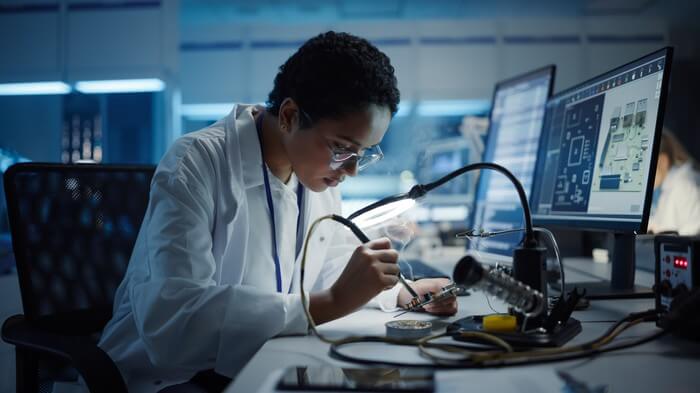 While high-double-digit revenue growth is impressive, perhaps even more encouraging is AMD’s expanding margin profile. The company reported 48% gross margin for Q1 2022, compared to 46% during the same period in the prior year. However, compared to Q4 2021, AMD’s gross margin was down nearly 2%. Management addressed this by explaining that Q1 results contained non-recurring costs related to the Xilinx acquisition, hence deteriorating some of the near-term margins.

Record revenue generation and expanding margins augmented AMD’s cash flow profile as well. In Q1 2022, cash flow from operations was a record $995 million, an increase of 11% year over year. The record cash flow impacted AMD’s balance sheet in a meaningful way, and at the end of Q1, the company had $6.5 billion of cash and short-term investments on its balance sheet. This is after the company repurchased $1.9 billion of its own stock during the quarter. With a strong cash stockpile and several growing business segments, AMD management showcased how it plans to deploy its capital to fuel continued growth.

Investing for the future

Earlier this month at its analyst day, AMD highlighted several key developments in its product roadmap. The company is well-positioned to continue growing across different segments of personal computing, largely thanks to its diverse suite of hardware and software products from its legacy business as well as Xilinx.

During the analyst day, AMD presented updated computing products such as CPUs and data processors that could serve as a tailwind for its data center business. Additionally, as more companies explore and pursue the metaverse, applications including 3D content creation for video games or streaming platforms could be an integral growth catalyst for AMD’s graphics segment.

Lastly, AMD detailed further partnerships it’s forging within the PC industry. These relationships are important because they help facilitate growth within existing markets as well as introduce new clients that could benefit from AMD’s products over the next several years.

These developments should excite investors for the road ahead as the company continues penetrating its $300 billion addressable market. 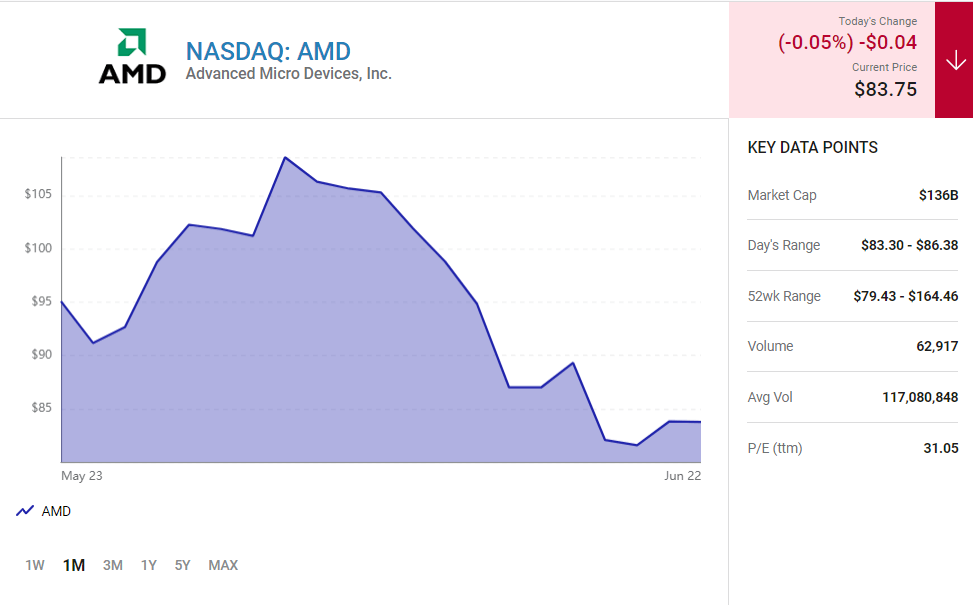 Expanding markets and the journey ahead

Since AMD’s Q1 earnings in May, Wall Street banks Jefferies, Mizuho, and Benchmark have all maintained buy ratings on the stock. Additionally, Piper Sandler upgraded AMD from a neutral rating to a buy. While the stock has declined during the first six months of the year, it’s trading for six times trailing-12-month sales — which investors may find attractive given that it was trading at 10 times sales during June 2021.

Furthermore, despite increased cash flow and profitability metrics, AMD’s forward price-to-earnings ratio is 21, nearly half of what it was last June. Given the company’s strong leadership position in personal computing and semiconductors, strengthened by the addition of strategic acquisitions and new products, AMD is very compelling at this price point.