The PC sales boom has finally gone bust, and chip stocks are taking the hit

The PC sales slump will hit chip makers too

The red-hot pandemic-era PC market is finally cooling off, and that could spell trouble for everyone from PC makers like HP (HPQ) to chip manufacturers such as Intel (INTC) as shipments of devices collapse. The cause? The relentless trio of inflation, the war in Ukraine, and supply chain disruptions that have hammered seemingly every other industry on the planet.

According to research firm Gartner, consumer PC shipments will drop from 342 million units in 2021 to 310 million units this year, a year-over-year decrease of 9.5%. The consumer side of the market will face the worst of the decline, with Gartner projecting shipments to plummet 13.1% year-over-year. Shipments of business PCs will fall 7.2%.

For the PC market, which saw enormous growth during the pandemic following a steady decline in the years prior, the return to Earth will be a significant gut check.

“A perfect storm of geopolitics upheaval, high inflation, currency fluctuations and supply chain disruptions have lowered business and consumer demand for devices across the world and is set to impact the PC market the hardest in 2022,” said Gartner senior director analyst Ranjit Atwal via a statement.

And that decline, in turn, will smash right into chip makers including Intel, AMD (AMD), Nvidia (NVDA), and Qualcomm (QCOM), which rely on both consumer and business PC sales.

The PC boom was never going to last. Prior to COVID holding people hostage in their own homes and forcing them to buy everything from laptops, desktops, and Chromebooks to work and learn, consumers were increasingly using their smartphones as their primary computing devices.

But something about filling in a spreadsheet or typing up a report on a 6.1-inch screen proved surprisingly unappealing to millions of consumers, who turned to PCs, Macs, and Chromebooks to get everything done.

PC makers, however, continue to report solid performance in their consumer divisions, with Dell (DELL) reporting record revenue of $15.6 billion in its Client Solutions business with consumer PC sales coming in at $12 billion.

HP, meanwhile, reported record Q2 revenue in its personal systems business during its May earnings call.

“We also delivered [an] operating profit margin of 6.9% at the high end of our target range. We are managing our PS portfolio with great discipline, focused on driving profitable revenue growth more than units,” CEO Enrique Lores said during the call. 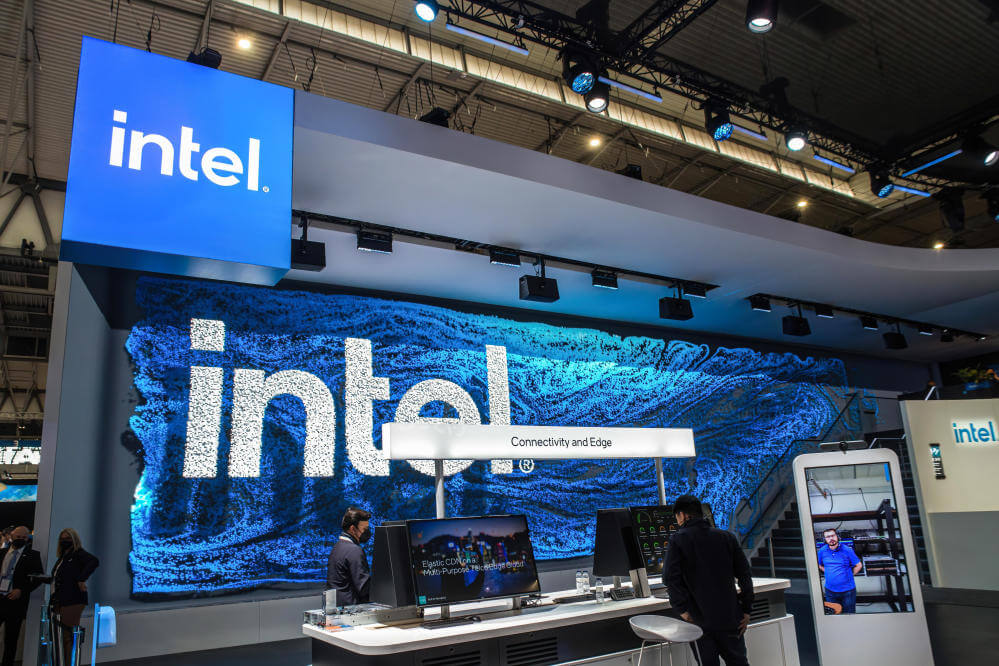 Traders are also wary over fear that inflation will cut into consumer spending. Shares of HP were down 17% year-to-date as of Tuesday, barely beating out the S&P 500, which is down 20% year-to-date. Shares of Dell are off even more, dropping 23% on the year.

Chip stocks are taking a beating

A decline in PC sales means a drop in the number of chips, whether those are CPUs or GPUs, needed for new computers, and that could bring pain for the world’s major chip companies. Intel and Nvidia, for instance, are holding off on new hires, as slowing PC sales, compounded by rising inflation and interest rates pound the companies.

Intel’s stock price is off 29% year-to-date as of Tuesday, while Nvidia is down 49%. The graphics chip maker isn’t just contending with a decline in PC sales, either. The company is also dealing with a reduction in card sales amid the rout in cryptocurrency prices.

AMD is getting smashed just as hard, with shares of the PC and GPU maker down as much as 47%. Qualcomm, which has been moving into the PC industry in recent years, is down 31% year-to-date.

While chip makers will feel the sting from slower PC sales going forward, the drop-off could prove to be a benefit to the companies as it may help them get out of the ongoing chip shortage sooner than later.

Previously, Intel CEO Pat Gelsinger pointed to the shortage coming to an end in 2024, but a slowdown in PC sales might take the edge off of that if only by a bit.

Still, as PC shipments and sales flag and CPU shares follow suit, it’s safe to say the boon is over. At least for now.