The cure for inflation is on the way

Worrywarts have been blabbing about a recession since the spring, when U.S. GDP growth turned slightly negative and Russia’s invasion of Ukraine sent oil prices soaring. Now it looks like the naysayers might get their way.

Economic forecasters are cutting their outlook for U.S. and global economic growth, with more of them predicting a recession. S&P Global Market Intelligence recently cut its forecast for the U.S. economy in 2023 from 0.9% GDP growth to a 0.5% decline. “The base forecast now includes a mild recession starting in the fourth quarter of this year, with an anemic recovery taking hold in third quarter of next year,” S&P says. 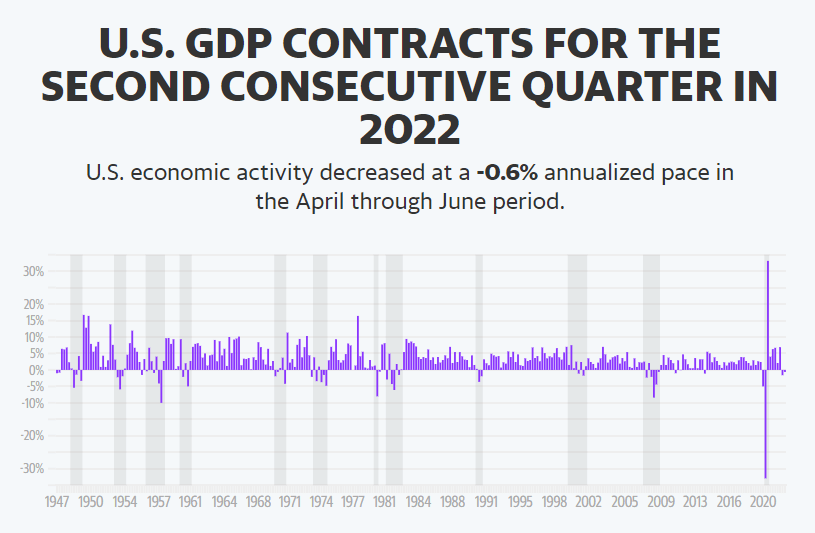 Capital Economics recently downgraded its outlook and also thinks the U.S. is headed for a mild recession. Moody’s Analytics puts the odds of a recession within 12 months at 60%. Beyond the United States, Europe may be headed for a deep downturn as it grapples with soaring energy prices caused by Russia’s war in Ukraine. Some economists think a global recession is coming, too, with total world output declining.

Nobody should want a recession, which puts people out of work and threatens livelihoods. But recessions have an upside: They often fix imbalances in the economy, including those that may have caused the recession in the first place. And if there is a recession, it will go a long way toward lowering inflation, which is one of the most destabilizing forces in U.S. and global economies right now.

In the United States, inflation, currently at 8.3%, has forced the Federal Reserve into its most aggressive monetary tightening cycle since the early 1980s. By jacking up interest rates and tightening the money supply in other ways, the Fed makes borrowing more expensive, which crimps spending by businesses and households. Over time, decelerating demand for goods and services ought to lower prices. 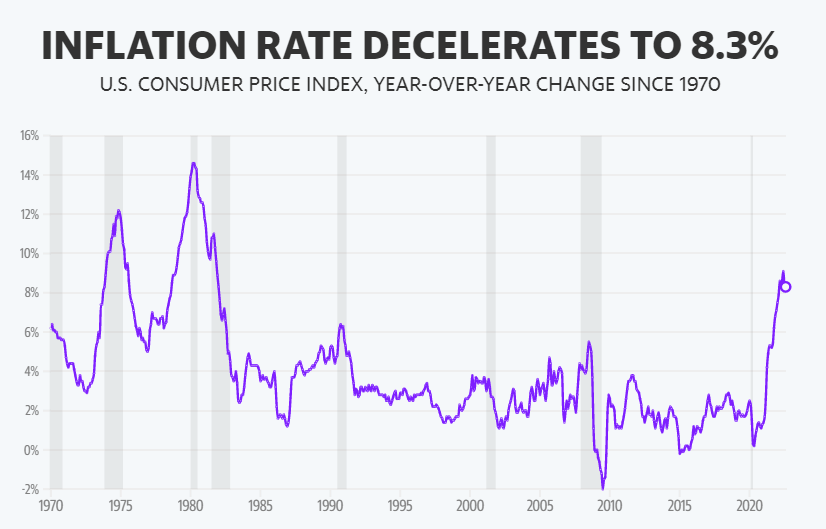 It can happen faster if there’s a recession, whether the Fed itself causes a downturn or there’s some other cause. The Consumer Price Index has fallen during or immediately after every recession since 1950, sometimes by a lot. On average, the inflation rate has fallen by 2.2 percentage points from the month a recession began through the month one year after it ended. When inflation has been high, the declines have been larger.

A drop of that magnitude probably isn’t in store during the next 12 or 18 months, unless there’s a recession that’s surprisingly bad. Instead, most economists think that combined slowdowns in housing activity, consumer purchases and business spending will generate a modest downturn. Fed tightening will be one cause, but the Russia-Ukraine war will be a contributing factor, given that it has destabilized global oil and natural gas markets and sent prices soaring in some regions. COVID-era disruptions are still an issue keeping some people out of the workforce, adding to a labor shortage and rising labor costs.

S&P Global thinks inflation will fall from 8.3% now to 5% by the end of the year, and 2.3% by the middle of next year. For the Fed, that would be mission accomplished, and the central bank would probably stop raising rates somewhere along the way, once inflation is trending down. If there are signs of a recession—such as a rising unemployment rate—the Fed might even start cutting rates again by the end of next year to help prod a recovery.

Inflation and the Fed’s late but muscular rate hikes have strangled stocks this year, sending the S&P 500 (^GSPC) index down by a painful 25%. Inflation and rising rates both dent corporate profits, and stocks may not begin to recover until it’s clear that inflation is fading and the Fed can relax. A recession wouldn’t be a terrible scenario for stocks, however, since traders would begin to price in a recovery, along with a friendlier Fed.

Recessions are bad for presidents, but Biden might enjoy some lucky timing. Some Americans think we’re already in a recession, but the labor market remains extraordinarily strong, and that will probably be the case on November 8, when voters render their views in the midterm elections. If a recession strikes late this year or early next, Biden will have some time before the next round of elections, in 2024. The recession itself would bring down inflation, and the economy might be on the upswing by 2024. Inflation may not even be a campaign issue by then.