The case for a government oil company

Should the U.S. government get into the oil and gas business? Absolutely not!

Since 1975, the United States has bought and sold oil for the strategic petroleum reserve, a national stockpile established for times of emergency. This year, President Biden has authorized the release of 180 million barrels of oil—one fourth of the total—to help combat gasoline prices that soared to a peak of $5.02 per gallon after Russia invaded Ukraine and the West imposed sanctions hitting Russian energy exports. At some point in the future, Washington will buy oil to replace this year’s releases.

Why not go a step or two further? On the national security website War on the Rocks, energy-industry veterans Ryan Kellogg and David Brunnert make the case for a national reserve of drilled but uncompleted oil and gas wells on federal land that could be tapped in a crisis to add to U.S. energy capacity. That would give the government the ability to actually produce oil and gas, instead of simply reselling previously purchased barrels into the market. The government could own those spare wells outright, or pay private-sector firms to maintain them and operate them when necessary.

Energy historian Gregory Brew of Yale University has suggested the government could stabilize energy markets and bring down prices by subsidizing U.S. oil refinery operations or even establishing a National Refining Company to add gasoline-production capacity without worries about turning a profit. President Biden has already said he’s willing to use emergency government authorities to boost gasoline production, following the same playbook the government used to speed the production of vaccines and address other urgent issues during the COVID pandemic.

Americans generally resist direct government involvement in the business sector, which has allowed U.S. companies to thrive and become hyper-efficient. But laissez-faire capitalism has lost its luster as millions of manufacturing jobs have left the United States for cheaper foreign countries and China has become an economic superpower through massive government support for industrial sectors. Congress’s recent passage of the CHIPS+ Act, which will subsidize domestic semiconductor manufacturing, was a step toward more aggressive industrial policy in the United States, even amid complaints that it amounted to “corporate welfare.” 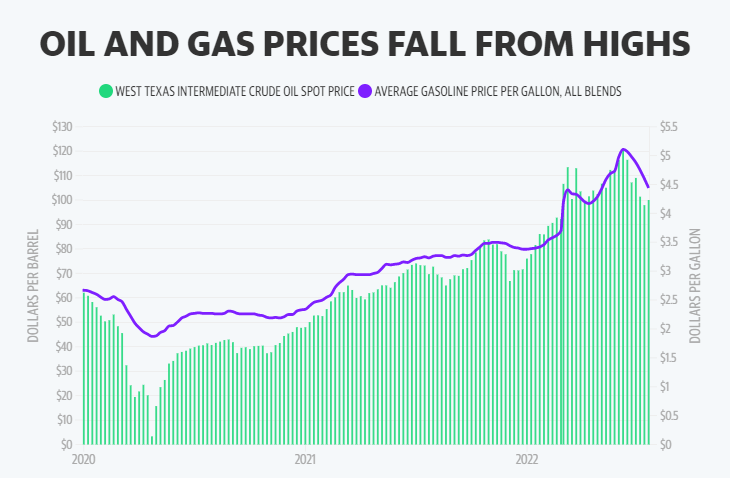 The profit motive in oil and gas is no longer generating all the product consumers need in the present. As a solution, Kellogg and Brunnert argue for a new “Energy Security Administration” that would assure ample supplies of oil and gas, including refining capacity and energy transportation infrastructure. Capacity targets would be higher than what the ordinary market might support, but spare capacity would be turned off during normal times. While government might set the priorities, it would partner with industry to piggyback on existing projects and technical expertise. Contracts would have to be structured so that the government couldn’t preempt profitability by forcing excessive production and energy firms couldn’t bilk taxpayers by getting subsidies to produce what they would anyway.

This could anger environmentalists

Environmentalists might howl about subsidies for fossil-fuel production. Conservatives might rue government involvement in boardroom decision-making. But the Biden administration’s bash-and-coax strategy is hardly better, and it’s not clear any president could effectively balance the need to address climate change with a shortage of the fossil-fuels we depend on today. Oil and gas prices have dropped back a bit during the last six weeks, but the crunch could still get a lot worse this winter as Ukraine and its allies try to squeeze Russian energy exports and Russia looks for ways to retaliate.

At the moment, there’s not much conversation in Washington about an operational role for the U.S. government in the domestic energy industry. Yet the United States is unusual in that regard, given that virtually all governments in the OPEC oil cartel either control their domestic oil industries or play a major role in them. The reason Biden has “asked” nations such as Saudi Arabia and Venezuela to produce more oil is that those governments can decide whether to do so, while here in the United States, the president can ask nicely (or beg) but not compel privately owned companies to produce more energy.

The ambitiously named Inflation Reduction Act, which Democrats may be able to pass by the end of the summer, does include some federal intervention in domestic energy markets. The bill includes $375 billion for clean-energy incentives, but also some measures that could spur new oil and gas production and make it easier to transport fossil fuels. If the bill passes, it could be a template for how to pave the way toward cleaner energy in the future while safeguarding the fossil fuels we depend on today. If we’ve learned anything from 2022, it’s that neither of those things precludes the other.