A Democrat from California and a Republican from Texas have teamed up with an idea to make this month’s debt limit fight the last of its kind.

Reps. Jodey Arrington (R., Texas) and Scott Peters (D., Calif.) have a bill that’s been gaining traction to end this “political theater that threatens the national economy” while also bring attention to the soaring national debt.

We “have to use these moments to reflect on this tremendous debt that we’ve amassed,” said Arrington and explain that his plan would rein in the drama and lead to “a debate, real proposals and a vote so that we can actually start taking that trend line and bending it down to a more reasonable and responsible level of debt.”

“That is a much more productive way to do business,” he said.

In a statement, Peters added that the plan would “ensure a stronger, more stable economic future.” 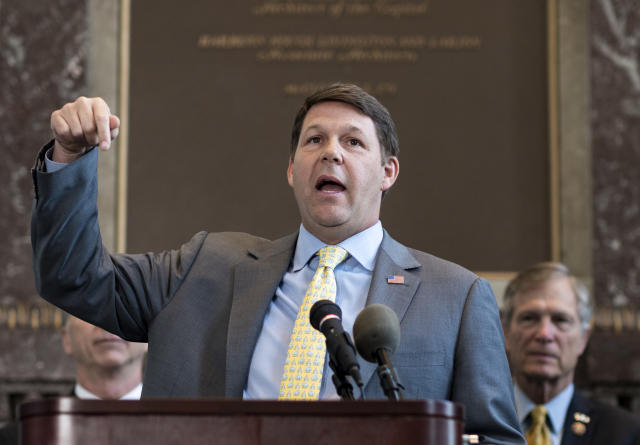 The bill brings together two lawmakers from opposite sides of the country’s political divide. Peters is a Democrat from the San Diego area who recently celebrated the just-passed infrastructure deal. Arrington, from Texas, previously worked as a senior advisor to then-President George W. Bush. More recently he voted on Jan. 6 against the certification of Joe Biden’s victory even after rioters stormed the Capitol building to disrupt the vote.

“They’ve tried to thread the needle here on something they actually think could pass,” said Shai Akabas, director of economic policy at the Bipartisan Policy Center, which supports the bill.

Ending the ‘hand waving about how much debt we have’

Washington is emerging from its second debt limit fight in recent months with little to show for it. On Dec. 7, leading lawmakers announced a complex deal that appears set to push the specter of a government default off until after the 2022 elections. The deal is designed to allow Democrats to lift the debt limit without any votes from Republicans.

Arrington voted against the proposal while Peters cast a vote in support. Their hope for next time around would give Congress two additional avenues to tackle the debt limit.

The first option would allow the president alone to suspend the debt limit if Congress passes a concurrent budget resolution which includes specific debt reduction measures.

Failing that, a second avenue to avoid default would also allow the president to act alone. In that case, the debt ceiling could be lifted for a year as long as the president files a written request to Congress laying out specific debt reduction proposals “that Congress must consider.” 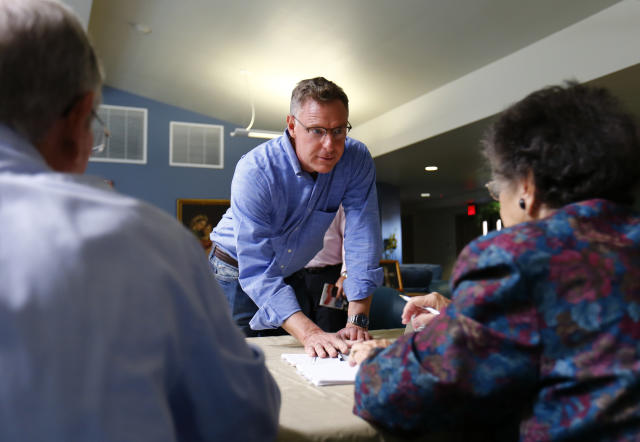 Akabas predicts that the second avenue is the more likely path. “Putting this squarely on the table in front of Congress each year will lead to more substantive discussions about what we can do to fix it rather than just hand-waving about how much debt we have,” he said.

Experts have repeatedly warned about the economic impacts of a government default. Treasury Secretary Janet Yellen recently told lawmakers, “we will eviscerate our current recovery” if the issue is left unaddressed. Others warn that a debt default could cause the stock market to plummet, trigger a recession, and cause chaos in global financial markets.

Raising the debt ceiling – as is often noted – does not impact future spending; rather it allows the Treasury to pay for spending that has already been approved in years past by lawmakers of both parties.

The bipartisan bill to rewrite the rules has been gradually gaining traction across Washington. Maya MacGuineas, president of the Committee for a Responsible Federal Budget, said it “would effectively nudge lawmakers to make needed fiscal reforms.” Former U.S. Sen. Kent Conrad said it’s a “politically realistic way” to get beyond the current debt limit fights.

“This one is going to take some time because we have to get the Senate engaged,” Arrington said of the timing. But he’s optimistic there will be movement in the coming year: “There are plenty of action-forcing moments around spending, around our fiscal affairs and budgeting that we can work to put this in play.”

“Both parties are trying to find a way out of the box and if that’s the case, why not change the box,” said Akabas.