Despite notching a quarterly profit and sales well above analyst estimates, shares of Tesla were closed down 12% on Thursday to the lowest since Oct. 14 after the electric vehicle maker admitted supply chain woes were likely to strain operations and halt new vehicle launches this year.

“Our own factories have been running below capacity for several quarters as supply chain became the main limiting factor, which is likely to continue through 2022,” Tesla said in a shareholder deck.

Chief Executive Officer Elon Musk also added during a subsequent earnings call that the company would not be introducing new vehicle models this year due to a “parts constraint.” Among those was the long-awaited Tesla Cybertruck and two other upcoming models that have been pushed off to 2023 as supply-chain bottlenecks persist.

“Tesla shares tend to work the best when something new is coming,” Cowen analyst Jeffrey Osborne said in a note. 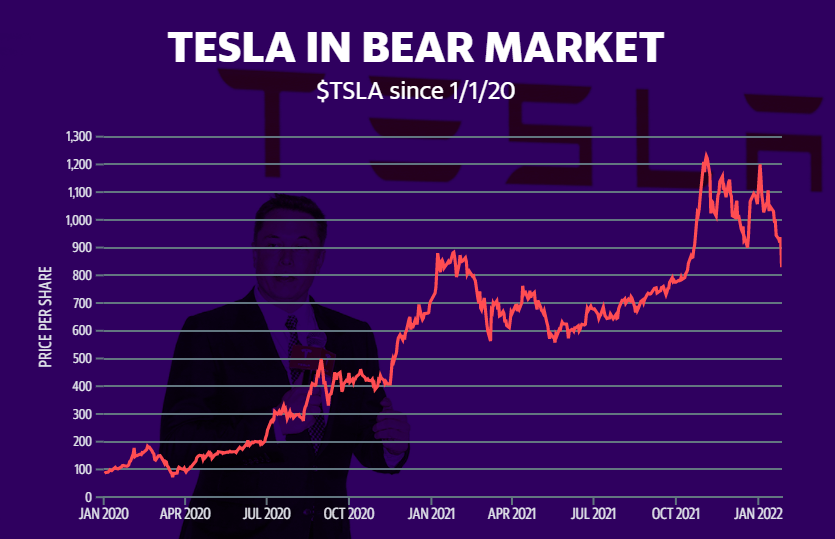 Morningstar senior equity analyst Sam Goldstein also pointed out the EV maker’s affordable sedan and SUV vehicle platform are likely to be set back as it prioritizes the completion of other new vehicles first.

“In addition to management saying it would delay the affordable vehicle platform, our other key takeaway from Tesla’s results was that the company is likely to face near-term cost increases exceeding recent price increases, which confirmed our prior thinking,” Goldstein said in a note. “We see higher costs coming from higher raw materials and the startup of two new manufacturing plants, one in Austin, Texas, and the other in Berlin.”

The company is set to open the new manufacturing facilities in an effort to scale up production as demand for electric cars soars.

Wells Fargo auto analyst Collin Langan told the ramp up in capacity expected to result from the opening of its new gigafactories will put Tesla “up there with the best-selling mass-market vehicles.”

“It wasn’t so much about what they said, it’s about what they didn’t say,” he told. “The reality is that they’re executing incredibly well along all of the key elements of their strategy.”

U.S. dollar strength continues as global central banks struggle to keep up with the Fed