Tesla’s stock has been on an electrifying run this summer, and it may not yet be over.

Shares of the EV maker are up 12% in the last three months, handily outperforming the S&P 500’s nearly 5% decrease over that time.

Wall Street credits the push higher in Tesla shares to optimism around new government legislation that will support the adoption of EVs in 2023 and beyond. Tesla’s strong execution in the first two quarters of the year has also won over the bears. 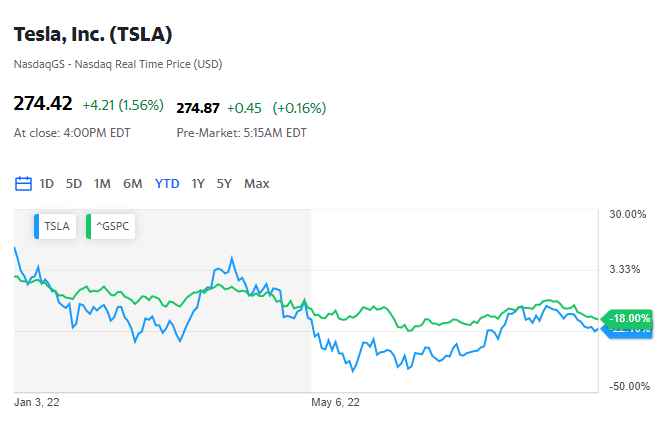 Here’s what Delaney had to say on Tesla following that pow-wow.

“Tesla’s automotive cost of goods sold per vehicle fell to about $36,000 in 2021 from over $70,000 in 2017. While this metric increased in the second quarter driven by factory shutdowns, factory start-up costs, and input cost pressure, cost of goods sold per car can trend lower over time as Tesla benefits from the ramp of the Berlin and Austin factories (and the reduced percentage of vehicles coming from Fremont, which is a converted ICE factory with higher costs than Tesla’s purpose-built EV factories), scale, and vehicle platform and battery improvements.”

Takeaway #2: Tesla is a winner from the Inflation Reduction Act (IRA)

“It’s too soon to say what impact the Inflation Reduction Act will have for Tesla, and a lot will depend on guidance from the government about how the law will be interpreted. However, we note that the IRA does seek to encourage a North America based EV supply chain and Tesla has more local manufacturing than average (with Model 3 and Y recognized as the most American-made vehicles per media sources), and we believe this will be a positive for Tesla to potentially qualify for at least partial credits on some vehicles over time (and Tesla could potentially benefit as well in our view from incentives for solar, batteries, charging, and commercial vehicles).” 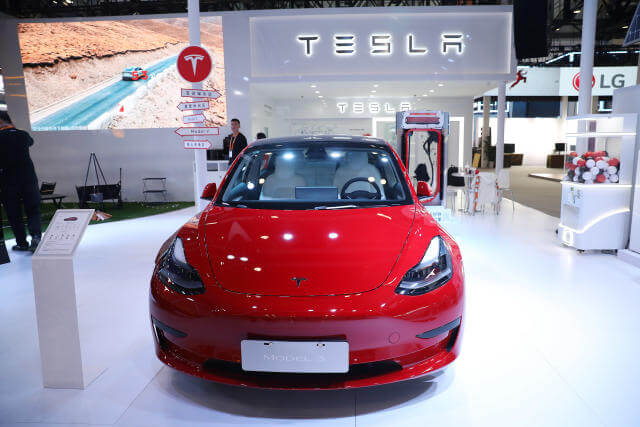 “Tesla believes that consumers will increasingly move toward EVs, similar to other technology inflections (e.g. CRT to LCD TVs, and feature phones to smartphones), but the EV industry could be supply constrained over the intermediate term as new battery/component supply and assembly takes time to ramp up.”

“We believe that Tesla, given its leadership position in EVs (including its vertical integration and tight coupling of hardware and software, as well as its ecosystem of charging stations and brand), and its focus on clean transportation more broadly (given its solar and storage businesses) is well positioned to capitalize on the long-term shift to EVs. We expect Tesla to expand margins in the intermediate term as it ramps the important Model Y product as well as new factories in Berlin, Germany and Austin, Texas, and in the long-term as it increases its mix of software revenue.”