Sure, this has been the case for years, but we’re seeing companies like Apple (AAPL), Alphabet (GOOG, GOOGL), Amazon (AMZN), and Nvidia (NVDA) doubling down on buybacks, which are when a company buys its own stock, reducing the overall share count. These types of share re-purchases are controversial, because they often are positively reflected in earnings per share (EPS) and, consequently, in the value of the company’s stock.

Critics fear that buybacks, which are often debt-financed, contribute to financial fragility across the markets, though some studies have suggested the system-wide effects of buybacks are finite. Meanwhile, proponents will say that buybacks are a way of re-investing in their companies, putting extra cash to work. Even President Biden has taken notice, levying a new tax on buybacks just this year. Though there’s limited agreement about what the long-term effects of buybacks are, how they affect the economy in the aggregate, and what’s to be done, two things are clear.

First, buybacks are at this point incredibly common. In 2021, S&P 500 companies bought back $882 billion of stock, breaking records.

Second, Big Tech is a huge fan of buybacks. Tech companies account for approximately 35% of quarterly buyback spending, the largest share of any sector, according to investment research management firm VerityData.

For the second quarter of this year, here’s what we’re talking about. Below, for Q2, you’ll see Nvidia’s $3.1 billion buyback, which was its largest on record, as was also the case for Amazon’s $3.3 billion buyback.

Then, of course, there’s Apple, which clocked the largest buyback of any company in any sector in Q2 2022 and consistently makes share repurchases around $21 billion.

“Apple has spent more on buybacks than any U.S. company — likely any company in the world — during our record period, from 2004 to present,” said VerityData Director of Research Ben Silverman. 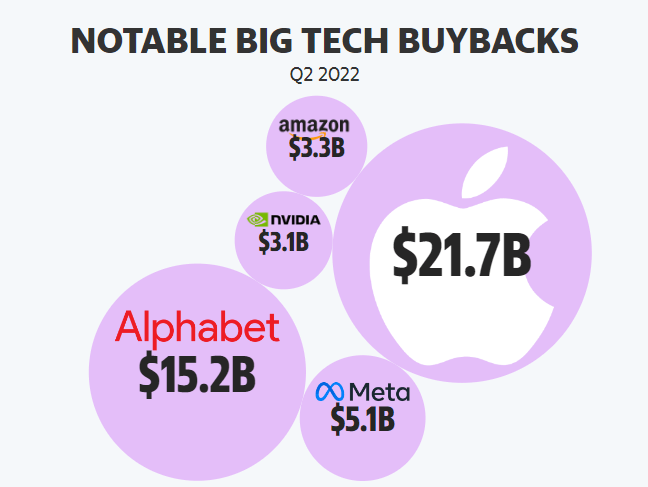 Investors tend to like buybacks on the face of it, as they are seen as boosting EPS and improving shareholder value.

However, as tech companies keep buying back shares at a rapid clip, investors need to remember that not all buybacks are created equal, said Silverman. These sorts of share repurchases can absolutely facilitate stability and long-term growth in a stock — if they’re part of a long-term capital expenditures plan. Opportunistic buybacks in response to stock volatility, on the other hand, not only can look bad but often aren’t enough to stop the bleeding while pointing to deep problems within the company.

“Buybacks aren’t enough to prop up the market or even an individual stock,” said Silverman. “But [this week’s market volatility] is an example of buying opportunity for companies if management truly believes their company’s stock is intrinsically undervalued.”

So, what should investors watch for, and what do we know about who’s doing it correctly?

First, candor on the part of management is key, said Silverman. Investors should watch for how, and if, management is talking about buybacks at all in earnings calls and public appearances. Apple, for example, is direct about its buybacks at its highest levels, and has consistently made the same share re-purchases over and over. However, if a company is buying back its shares quietly, that’s when you should be most skeptical.

“If management isn’t talking about buybacks on earnings calls or at investor conferences that’s a potential sign that they don’t consider buybacks an important component of their capital allocation strategy,” said Silverman, who’s studied buybacks for almost two decades.

It’s also not the announcement that matters, but the execution.

“Buyback authorization announcements generate a lot of headlines that lead to near-term bumps for stocks but retail investors should focus on the actual buyback execution,” he said. 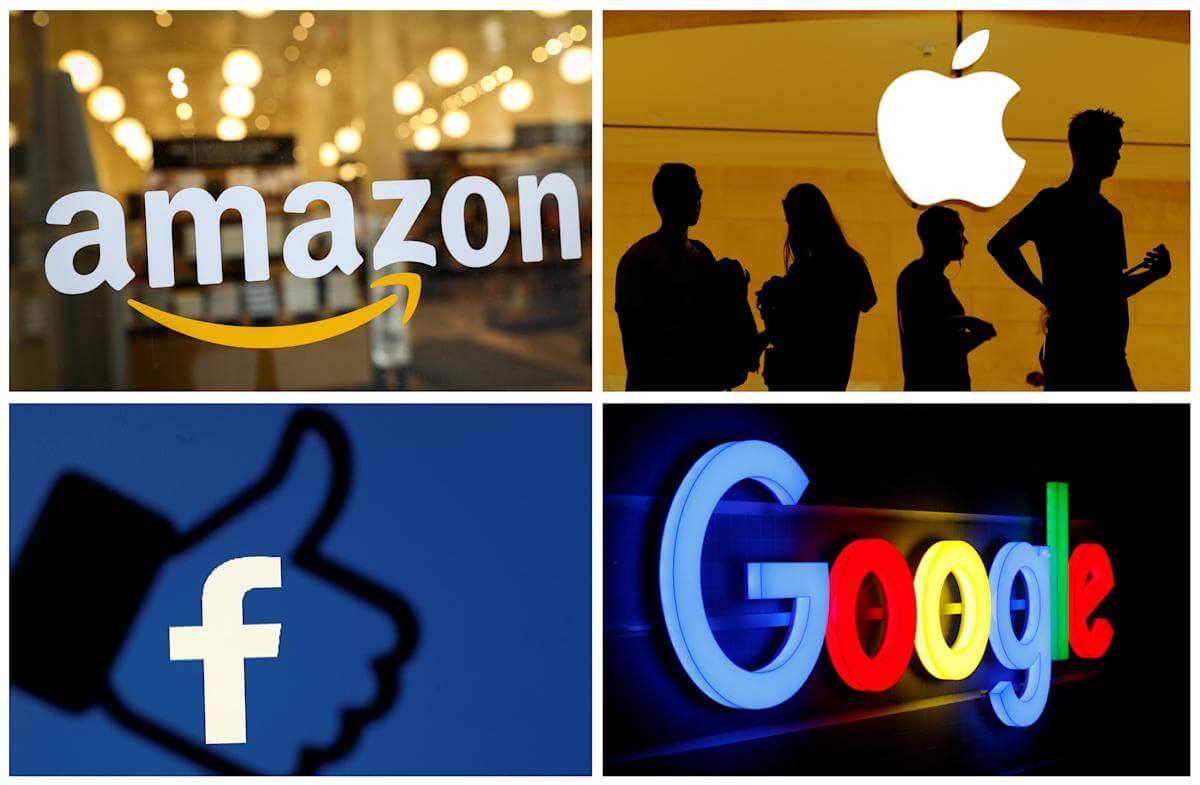 To say whether Big Tech’s buybacks are smart — that is, whether they serve a company’s long-term prospects — we need to look at them on a case-by-case basis. There are some famously bad cases within tech from the last 20 years. For example, Silverman described legacy tech giant IBM (IBM) as the “poster child of bad buybacks.”

“The company’s overall strategy was intimately tied to buybacks in the wake of the Great Recession and it proved a disastrous use of cash over the next several years, providing shareholders with a negative return,” he said.

IBM shares were at their all-time highest in 2012 and 2013, and have declined steadily ever since.

Meanwhile, there are companies like Nvidia, which bought back its own stock consistently for almost a decade and a half, between 2004 and 2018. The results speak for themselves in Nvidia’s case. In that time, the company’s stock rose 60X, proving out management’s mid-2000s assertions that its stock was deeply undervalued.

Then, of course, there are those cases where the jury’s still out. For instance, Facebook-owner Meta Platforms (META) bought back $44.8 billion in shares at $330.55 in 2021. Since, the company’s shares have been beaten down considerably and opened Friday at $148.05 a share. The company’s “aggressive” posture when it comes to buybacks “deserves scrutiny,” said Silverman.