U.S. stocks are coming off of their best week since June, and Wall Street’s ability to extend the winning streak in days ahead likely hinges on news out of the retail sector.

Lighter inflation data rekindled investor hopes that a monetary policy shift is near, and key earnings results from retailers and the government’s October report on the sector could put that optimism to the test.

The Commerce Department will also publish its monthly retail sales report for October on Wednesday, with economists surveyed by Bloomberg estimating a headline increase of 1.0% after spending was flat during the prior month.

Bets that Federal Reserve policymakers will pull back on the pace and scale of interest rate hikes after October’s Consumer Price Index (CPI) showed easing inflation last month helped propel the major averages towards sizable gains. The S&P 500 rose 5.9% for the week, its best five-day performance since the week ending June 24, while the Dow Jones Industrial Average advanced 4.2%. The Nasdaq Composite had its best week since March, bouncing 8.1%. 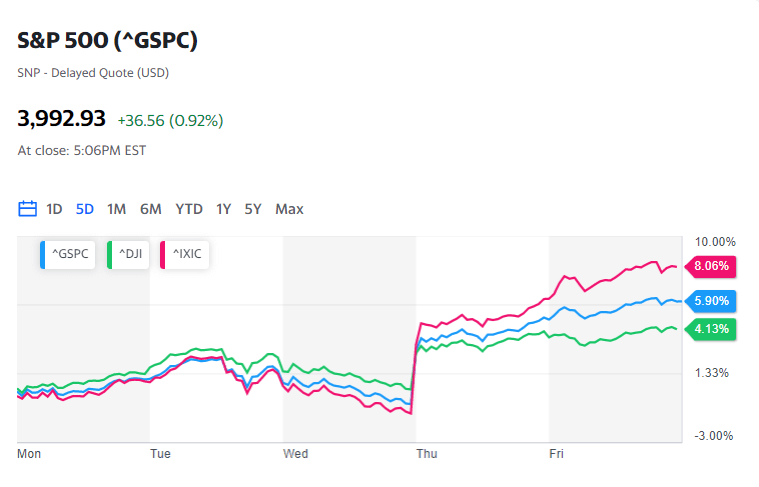 The moves came after the latest CPI reading placed the annual pace of inflation at 7.7% in October and 0.4% over the month, while “core” CPI – which takes out the volatile food and energy categories – slowed to 6.3% year-over-year and 0.3% over October. The figures were better than Wall Street’s calls for a 7.9% year-over-year rise and 0.5% monthly gain and down meaningfully from September’s numbers.

While the softer data was met with “an equity market ovation,” as Principal Asset Management Chief Global Strategist Seema Shah put it, strategists — and some members of the Federal Reserve themselves — have asserted that excitement is premature given that other economic data will be revealed before the Fed’s next policy-setting meeting in December.

“Chair Jay Powell has repeatedly emphasized that the Fed does not put too much weight on a single month’s data,” Andy Sparks, MSCI head of portfolio management research, wrote in a note. “His comments following last week’s Federal Open Market Committee meeting likely still reflect current Fed thinking — that a strong labor market continues to support stubbornly high inflation and that the risk of doing too little still outweighs the risk of doing too much.” 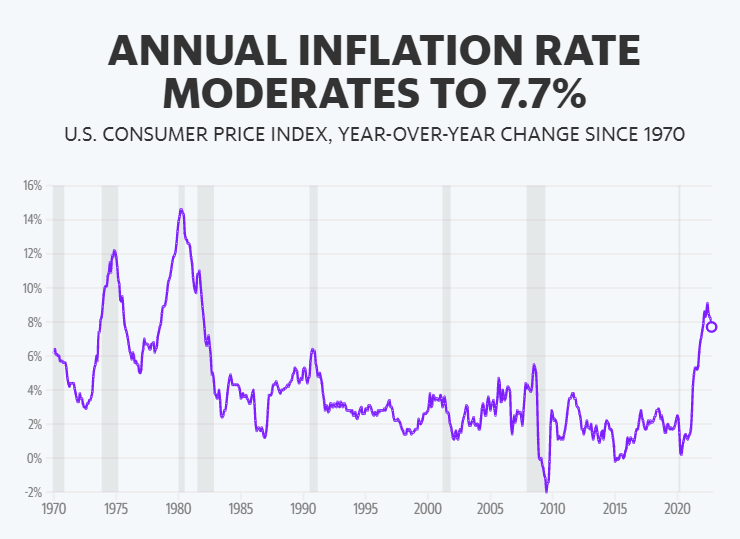 A strong reading on retail sales could derail the market’s push higher: Bloomberg’s consensus economist estimate of a 1.0% jump in the main measure of the monthly report, if realized on Wednesday, would reflect spending remains strong and consumers remain resilient. Investors could interpret that strength as a signal to Fed officials that they have more room for hikes.

According to Bank of America, two factors account for the anticipated jump in October’s print: another round of Amazon Prime Day and related promotions in addition to July’s event, along with the deployment of one-off stimulus payments in California, which accounts for about one-seventh of the national economy. A pickup in gas spending due to higher prices on gasoline also contributed to the expected increase.

On the earnings front, Walmart will kick off a big week of retail reports when the retailer reports before the open on Tuesday. Analysts expect that the megastore got a boost from back-to-school shopping, along with more value spending among U.S. consumers weighed down by rising prices. At the same time, results are expected to show pressure from inflation, rising interest rates, and bloated inventories that have plagued many retailers. 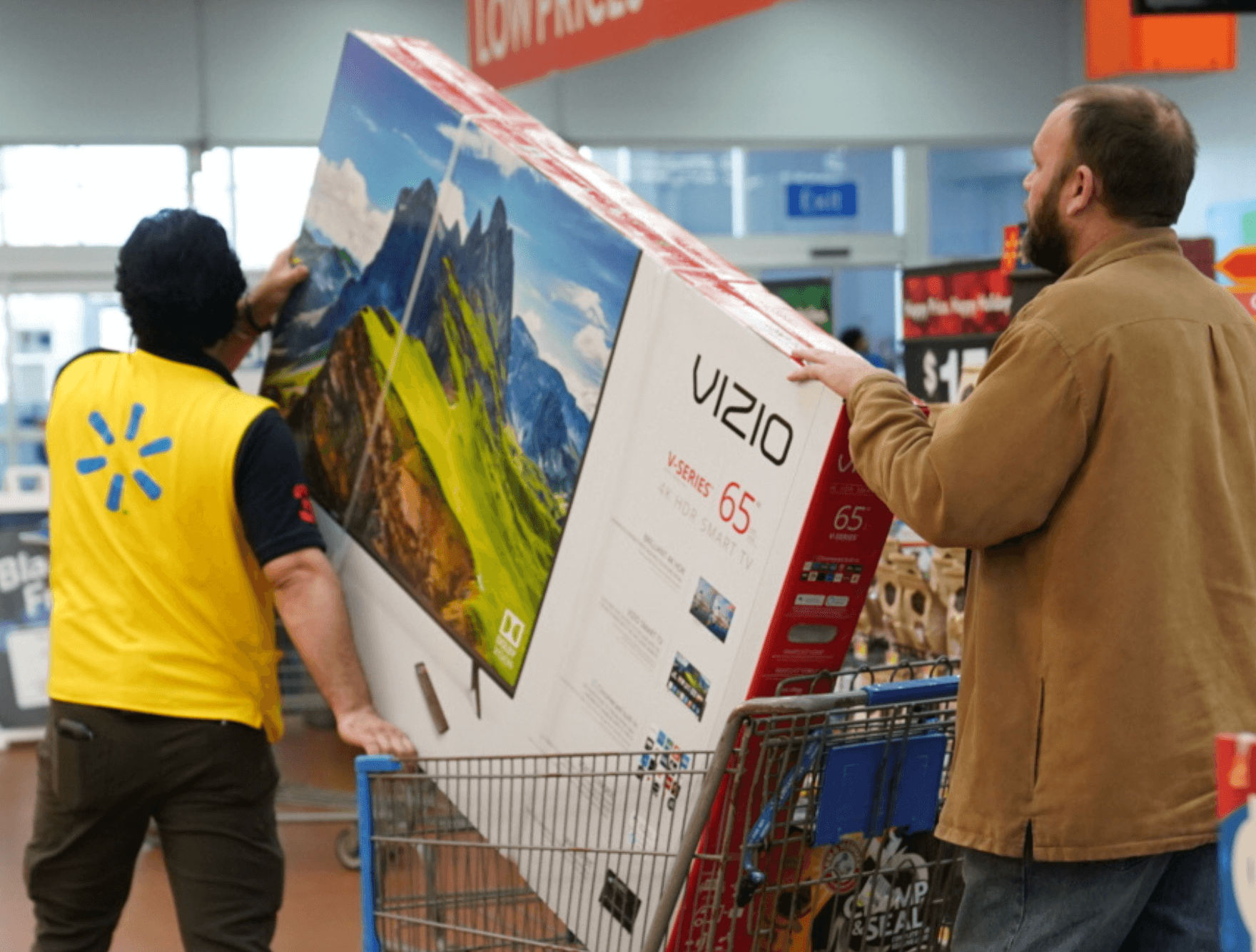 The market has rewarded positive earnings surprises more than the five-year average, while punishing misses more too, as Wall Street prices in more downside risk as recession fears grow.

As of Friday, 91% of companies in the S&P 500 have reported third quarter earnings, with 69% reporting actual earnings per share above the mean estimate — below the five-year average of 77% that beat, per FactSet Research. Companies whose results came in better-than-feared saw an average increase in their stock price 2.4% two days before the earnings release through two days after the earnings release, meaningfully higher than the five-year average price increase of 0.9% for companies reporting earnings beats during the same window. 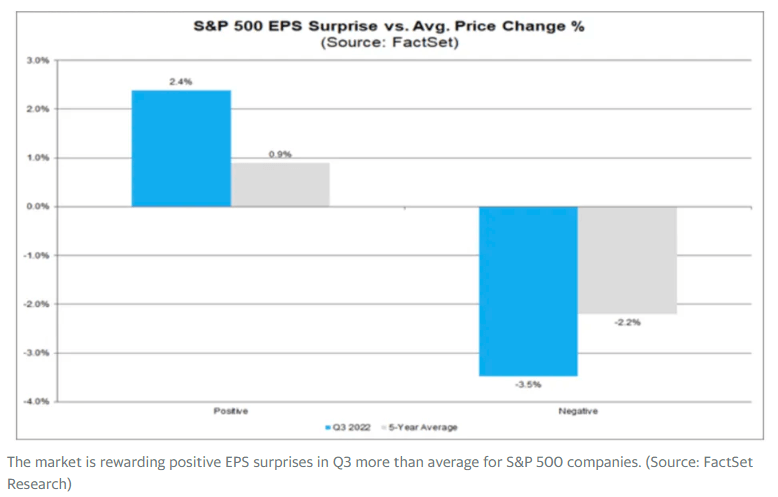 Elsewhere in economic data, the Producer Price Index (PPI), a reading on inflation from the production side of the economy, is due out Tuesday. PPI, which measures the change in prices paid to U.S. producers of goods and services, is expected to have cooled last month. The week will also be jam-packed with housing data, including readings on housing starts, building permits, and existing home sales.