U.S. stocks finished uninspiring session mixed on Monday as investors kick off the busiest week of the year for corporate earnings and economic data.

Last week, all three major indexes logged weekly advances with the S&P 500’s advance since mid-June lows coming in at about 8%. The Nasdaq has gained over 10% during this period. 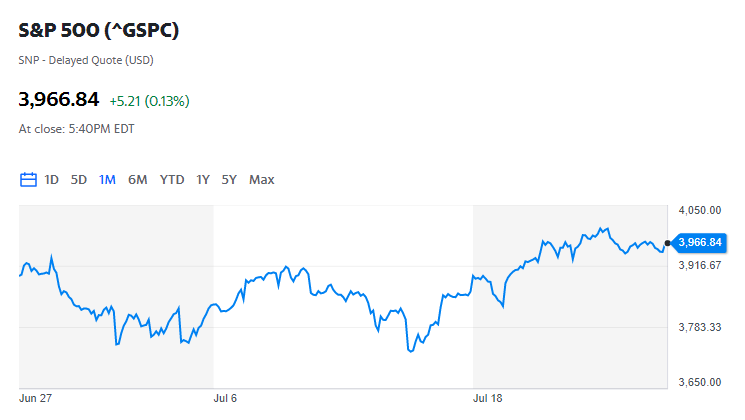 In the coming days, quarterly results from over 150 companies in the S&P 500 are expected, with Wednesday’s policy announcement from the Federal Reserve and Thursday’s GDP data also expected to move markets. Today, headline earnings will include results from McDonald’s, Alphabet, and Microsoft.

And yet as always happens in markets, surprise announcements had some stocks on the move early Monday.

Shares of Weber (WEBR) fell over 12% after the company announced the departure of its CEO and offered preliminary results for its most recent quarter that disappointed. The grill maker cited slower retail traffic in-store and online, as well as forex pressures, in cutting its outlook.

Weber also said it is, “pursuing a number of financial transformation initiatives, which may include workforce reductions, reducing other COGS and SG&A expenses, as well as tightening its global inventory levels and working capital positions.” Weber also suspended its dividend. 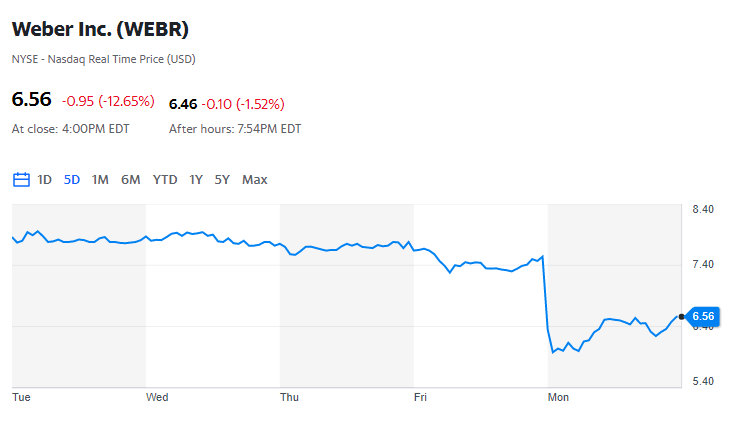 Shares of WWE (WWE) were also on the move on Monday, gaining over 8% after the company announced late Friday its founder Vince McMahon would retire following reports regarding hush money paid to cover up sexual misconduct through the years.

WWE said Monday it would restate past financials to account for expenses made by McMahon, and said McMahon’s daughter, Stephanie, and Nick Khan would be elevated to the co-CEO role. Former wrestler Paul Levesque, known as Triple H in the ring, will be the company’s creative director.

The company also said second-quarter revenue is expected to come in better than expectations. 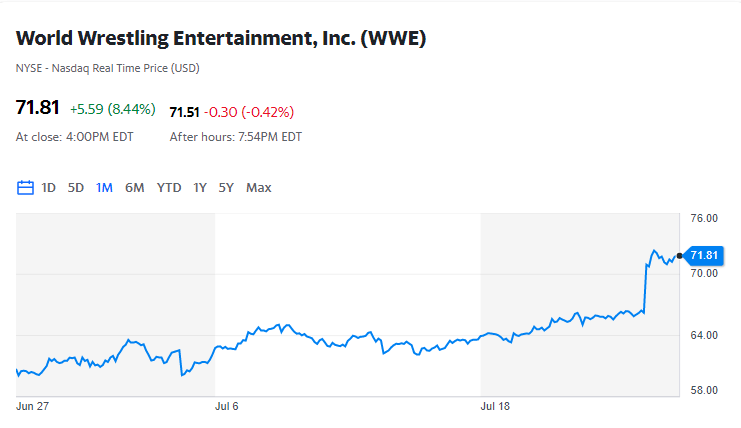 Tesla (TSLA) was also making headlines Monday morning after the company disclosed in its most recent 10-Q it received a second subpoena from the SEC related to Elon Musk’s tweets about the company going private back in 2018.

Musk and Tesla were also in the news over the weekend after the Wall Street Journal reported an affair between Musk and the ex-wife of Google co-founder Sergey Brin spurred Brin’s divorce, which was disclosed earlier this year. Musk tweeted late Sunday the report was “total bs.”

“Whether it’s a rally from an established bottom by the market or a ‘bear market rally,’ there’s fodder for argument between bulls and bears in any given moment in day to day market action,” said John Stoltzfus, chief market strategist at Oppenheimer Asset Management in a note to clients on Monday.

Ten of 11 S&P 500 sectors are higher since the mid-June lows, with only Energy (XLE) seeing losses over this period, falling over 7%. On a year-to-date basis, Energy remains the only S&P 500 sector higher in 2022 through Friday’s close, up some 28%.

The Consumer Discretionary (XLY) has led the market since mid-June, rising over 15% in the last five weeks. Year-to-date, this has been the second-worst performing sector in the S&P 500, falling 24% through Friday, with only Communication Services (XLC) — down almost 30% in 2022 — faring worse. 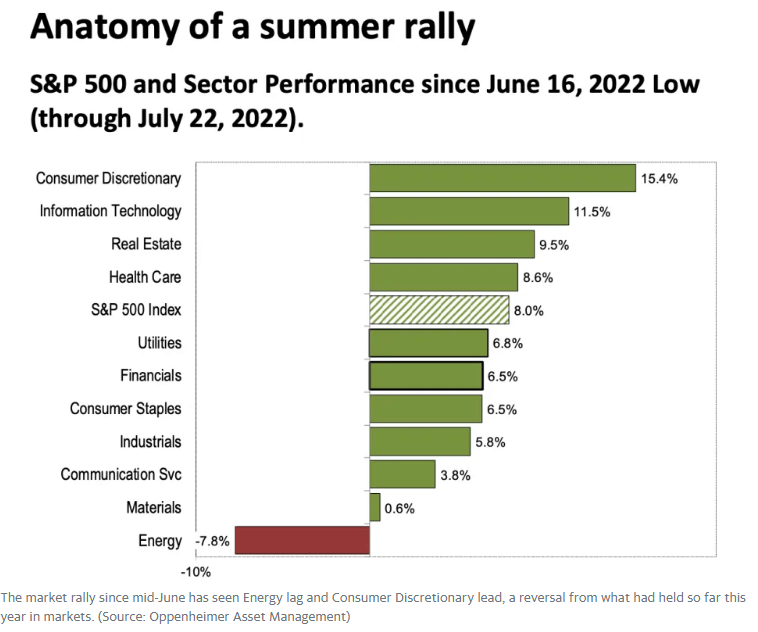