Starbucks (SBUX) is officially kicking off the holiday season with its new holiday lineup, along with some classic favorites.

The Seattle-based coffee giant announced the return of its holiday menu with holiday shoppers hitting the stores earlier than ever. The lineup is set to hit all U.S. locations beginning on Thursday, November 4th, and will debut alongside four new holiday cup designs: wrapping paper, ribbon, holiday lights and candy cane.

For the first-time ever, the company will debut a non-dairy beverage in its holiday lineup, the Iced Sugar Cookie Almond Milk Latte, which can be either cold or hot. The beverage is crafted with sugar cookie flavored syrup, Starbucks’ trademarked blonde espresso, almond milk and topped with red and green sprinkles.

Starbucks is also bringing back its well-known favorites like Peppermint Mocha, Caramel Brulee, Chestnut Praline and Toasted White Chocolate Mocha. The Irish Cream Cold Brew, which debuted in 2019 and typically debuts in December, will hit the menus earlier than ever this holiday. 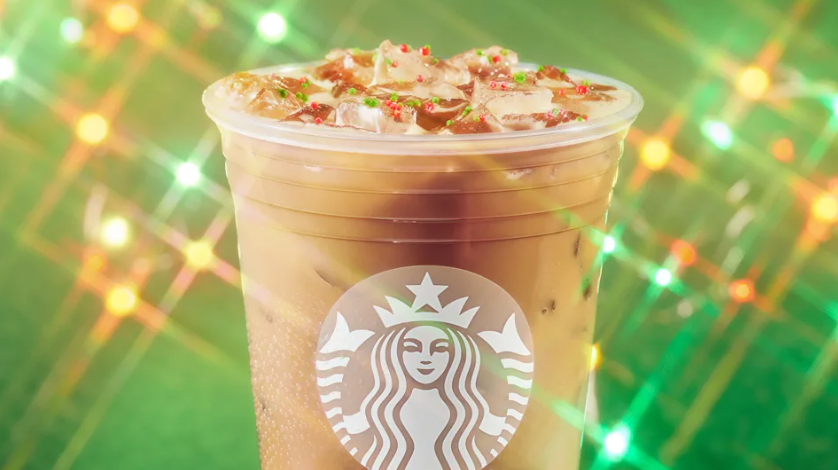 Starbucks’ decision to add a cold beverage to its holiday lineup, and to re-introduce the Irish Cream Cold Brew, may be no surprise to consumers and Wall Street alike. In recent months, the coffee giant has touted the rise of cold drinks, which now account for a whopping 75% of total beverage sales.

As far as a sweet treat to grab with the holiday drinks, Starbucks is bringing back the Sugar Plum Danish, Cranberry Bliss Bar and Snowman Cookie. However, keep a lookout for a newcomer, the company is unveiling a new addition: the Reindeer Cake Pop. 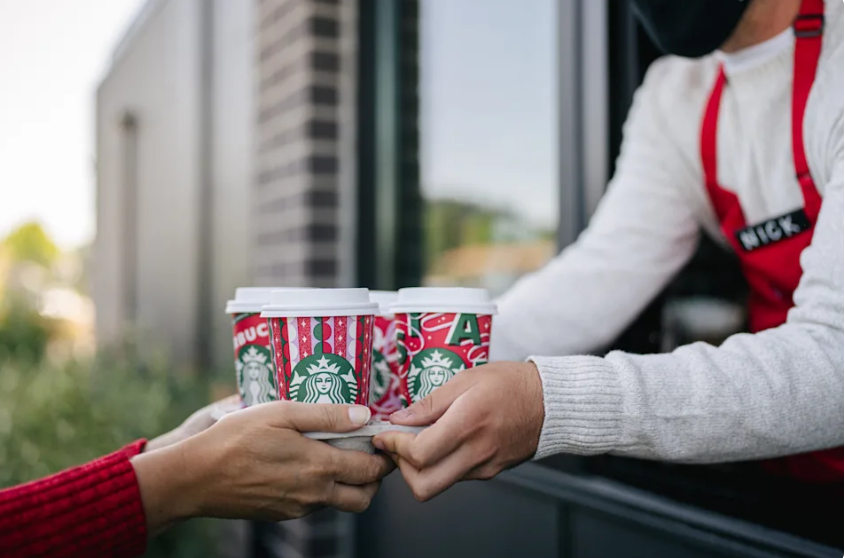 According to Ethan Chernofsky, CMO of data intelligence platform Placer.ai, there’s potential for Starbucks to see a big boost in traffic around this time of year and from the addition of new flavors.

He told Yahoo Finance there’s a pent-up demand for brick-and-mortar due to COVID-19, which means “substantial visits to malls, to shopping centers and in general” and good news for Starbucks.

“When we see that type of behavior, we see a really big surge for Starbucks,” the analyst said. “Let’s be clear, when you go shopping for a long day, there is nothing that helps make that day a little bit easier than a coffee, maybe two, at some point along that trip.”

On top of that, Starbucks loyal following of consumers will likely run to try the latest creation.

The foot traffic following known-beverages like the Pumpkin Spice Latte shows “how powerful a position Starbucks plays within the coffee sector, but within the wider zeitgeist, in the sense that when they launch something, people are excited and willing to try it.”