The growing clamor surrounding Spotify (SPOT) took a new turn over the weekend, with at least two more artists vowing to depart the platform over podcaster Joe Rogan — who the streaming giant backed in a statement.

On Sunday, Spotify broke its silence after the company refused to give into Neil Young’s ultimatum to drop “The Joe Rogan Experience” — the most popular podcast on Spotify — over controversies surrounding his stance on COVID-19 vaccinations. The legendary rocker’s music will now be streamed exclusively on SiriusXM, with singer-songwriter Joni Mitchell and Bruce Springsteen guitarist Nils Lofgren also pushing to remove their songs from Spotify.

Although Spotify promoted “rules of the road” for its policies, and plans to add a content advisory to any podcast episode about COVID-19 — directing listeners to a dedicated COVID-19 Hub to combat misinformation — the company flatly refused calls to “take on the position of a content censor.” 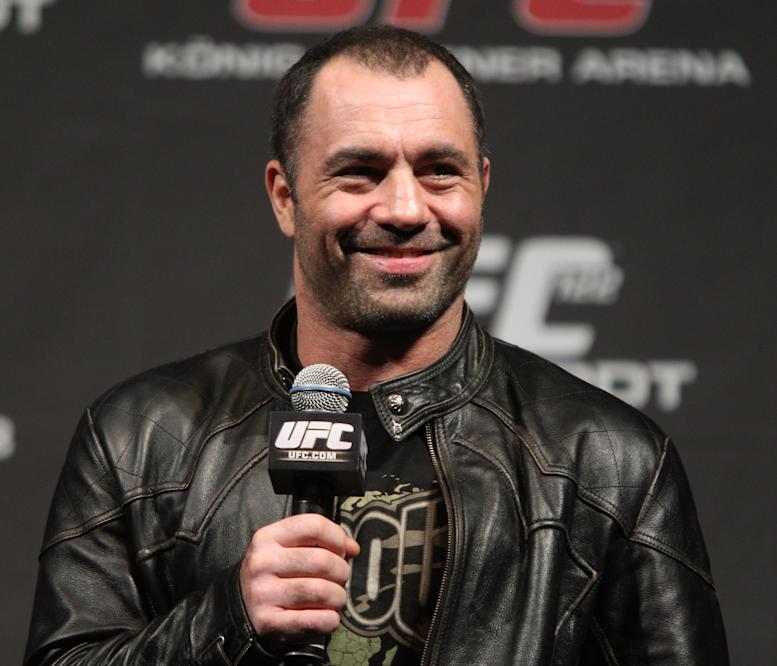 Amid the furor, data suggests Spotify is backed by the increasingly lucrative economics of streaming, especially as digital media continues its growth, and its massive scale. The effects of similar controversies on Netflix (NFLX), which faced similar outrage over “Cuties” and Dave Chappelle’s comedy special, had a negligible impact on its stock.

According to IFPI’s latest Global Music Report, paid subscription streaming revenues increased by 18.5% in 2020. That number is widely expected to come in even higher for 2021. 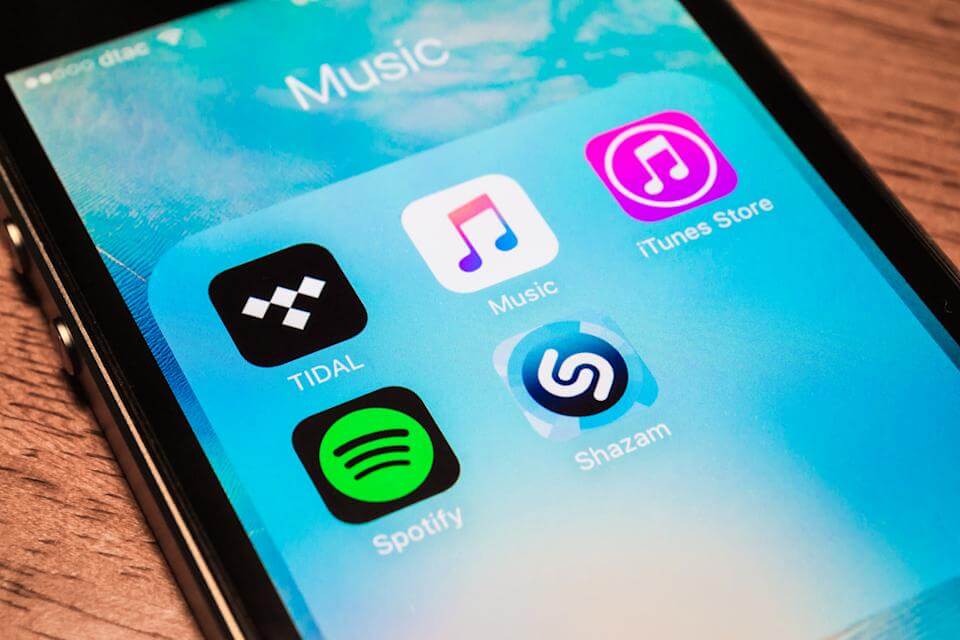 Yet market share alone doesn’t guarantee total power to streaming platforms. Taylor Swift famously pulled her “1985” album, along with the rest of her catalog off of Spotify back in 2014, as a means of protesting artist compensation in the digital era.

Swift eventually rejoined the platform in 2017, but similar issues remain top of mind for musicians struggling to profit from Spotify’s ‘pro rata’ model in which users’ monthly fees go into one single pot. That money then divided and distributed by the total number of streams, with Spotify receiving roughly 30% of the total subscriber’s fee.

Critics of the model say it alienates smaller artists who don’t have the backing of a big label, and takes power away from the consumer, who has no say as to where his or her money lands.

The model has also been accused of being outdated, created at a time when listening habits were drastically different, and streaming was fairly unproven.

Flash forward several years, and streaming is one of the main forms of audio consumption. Spotify boasts an impressive 381 million users across more than 184 countries and markets.

Streaming royalties: By the numbers

However, it’s important to note that Spotify doesn’t directly pay out its artists or songwriters — hence the key word, “generated.” Rather, payments go through the rights holders (record label, distributors, aggregators, or collecting societies), which then pay out the respective parties.

Although every agreement is different, Spotify says it pays out roughly 2/3 of every dollar it makes through subscribers and advertisers. It has paid more than $23 billion in royalties to music rights holders as of 2020, (including $5 billion in just 2020 alone, up from $3.3 billion in 2017.)

To break it down even further, once the royalties are in the hands of the rights holders, the money is then divided into two buckets: recording (the recordings of the actual songs) and publishing (the copyrights for songwriting and composition, such as lyrics and melodies).

Although publishing rights are often not worth as much as actual recordings, they can still lead to a significant amount of revenue over time with radio play, advertising, movie licensing and more.

However, some big artists are crafting their own lucrative deals in ways that circumvent the current compensation model. Just last month, Bruce Springsteen sold both his master recordings and publishing rights to Sony Music in a deal reportedly worth north of $500 million.

And last May, The Red Hot Chili Peppers sold the rights to its song catalog for a reported $150 million, followed by Bob Dylan, who sold over 600 copyrights to Universal Music Group in a deal reportedly valued at over $300 million. Meanwhile, Stevie Nicks sold a majority stake in her songwriting for a reported $100 million. 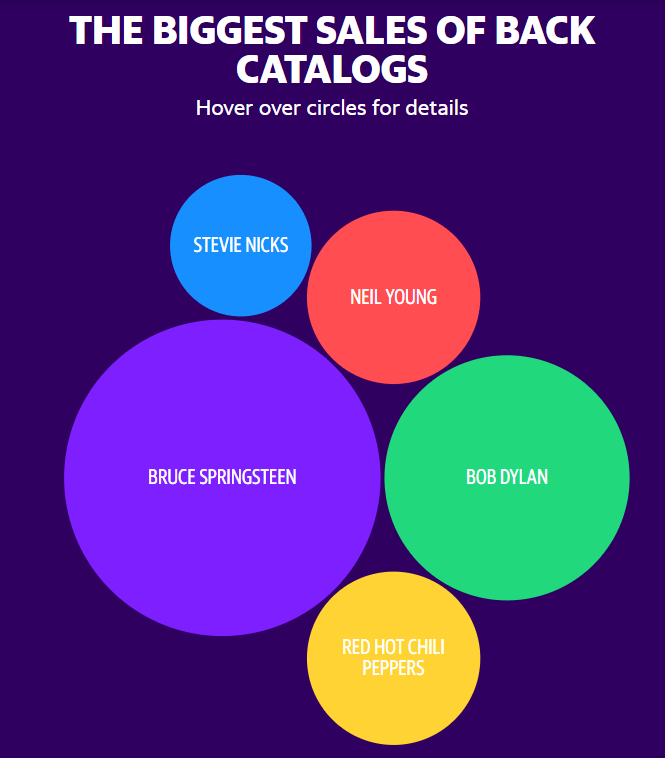 “The key is that the business has become predictable,” according to Page, who now teaches in the music program at the University of Miami.

Investors “can trust in the future of the business because it’s growing. When you eliminate the uncertainty, it opens up a new door for investors to come in and snap those assets,” he added.

Why Spotify is ‘growing up’

Bottom line? Streaming balloons the value of songs and records which make platforms necessary for artists.

Not every artist will see the same cash flow, and the biggest ones have the most power, but up-and-comers need the exposure that streaming provides. Despite the bad press generated by the departures of Young, Mitchell and others, experts surmise that, ultimately, Spotify will “be fine” in the long run.

Ola Sars, founder and CEO of B2B music streaming company Soundtrack Your Brand, told Yahoo Finance during a recent interview that other media giants from YouTube (GOOGLE) to Facebook (FB) have gone through their own public reckonings when it comes to platform scrutiny — and have come out relatively unscathed on the other side.

“I personally don’t think that paying subscribers will leave a platform because there’s one program that is being disputed…[Spotify] has been through this before, so has all of the other media platforms, and consumers kept paying the bill,” the executive said.

“This is probably not the only situation where certain artists don’t like other types of content…this will be day-to-day business for Spotify [and they will handle] it like any other media company moving forward,” he added.

3 Housing Market Predictions for the Second Half of 2022