Smaller NFTs are getting ‘obliterated’ amid crypto crash, expert says

As NFT sales have plunged overall this year, smaller, lesser known NFTs are getting crushed, while bigger brand names are holding up a bit better.

“What we’re seeing in this market right now with NFTs is all of these small projects, ones that don’t have a very strong roadmap, and I would say direction, just completely get obliterated,” told Gannon Breslin, founder and chief executive of The Drop, an NFT newsletter. “And we’re seeing a consolidation into the really well-known big brand names, like Bored Ape Yacht Club, Doodles, et cetera.”

Breslin said there is also a “bathtub effect” happening, when a large NFT is put on sale in the market, other large projects fall in price because investors are selling those NFT positions to free up currency to buy the new NFT.

“It is real,” he said, “but it’s not as bad as it looks because some of these floors are still holding strong.” 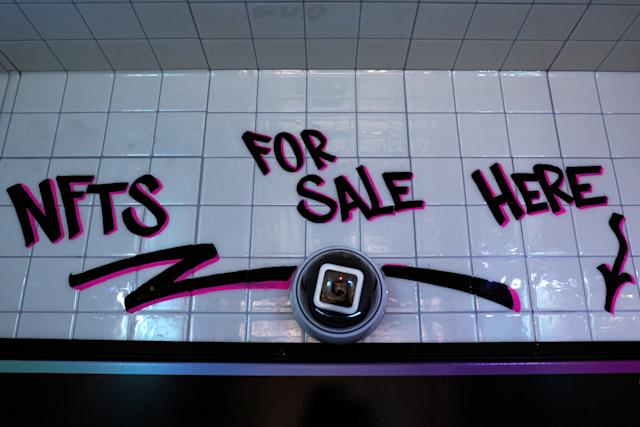 “That’s a significant drop…but, it’s not zero,” Breslin said. “We saw this meteoric rise in NFTs so quickly. It’s not a complete dropoff, but people are a little nervous.”

Breslin is looking to NFT events in coming weeks and months, including VeeCon, Ape Fest, and NFT New York City to see if appetite for NFTs picks up with those events. Breslin said he believes the real value of NFTs will be by functioning as passes or membership clubs. He pointed to an example where NFT holders of the Bored Ape Yacht Club can attend a special three-day event called Ape Fest at NFT NYC.

“I think it’s the true utility behind projects being delivered to NFT holders,” he said. “Obviously, we have the art and the brand ability. You’re seeing people create restaurants out of Bored Apes and stuff like that. Bored and Hungry, it’s in California.”