Bitcoin’s fall to the $37,200 mark, a two-weekly low, triggered considerable skepticism among market participants about BTC’s so-called recovery that took place in the first half of this month.

However, many were still of the opinion that the top coin’s price needed another pullback before it could move higher on the charts.

The latest BTC dip on 21 February pulled to top asset down close to the $37,000 mark, however, a sudden recovery in the later hours of Monday saw BTC trade at $38,607, noting a 1% price recovery.

All in all, the price action was largely volatile but on a one-day chart Bitcoin still made lower lows dropping for the fifth day in a row.

With volatility taking over, it was crucial to look at the top coin’s market and the reaction of different cohorts to the recent drop. market participants can expect bulls to take control, at least in the short term, resulting in an uptrend.

As per data from Glasssnode, Bitcoin was now seeing ‘tepid’ demand as the asset’s price oscillated at $38K, down 44.97% from its all-time high. There were currently close to 275K daily active entities on the Bitcoin network. This level of activity was far below its bull market highs, indicative of relatively lower demand from new users. 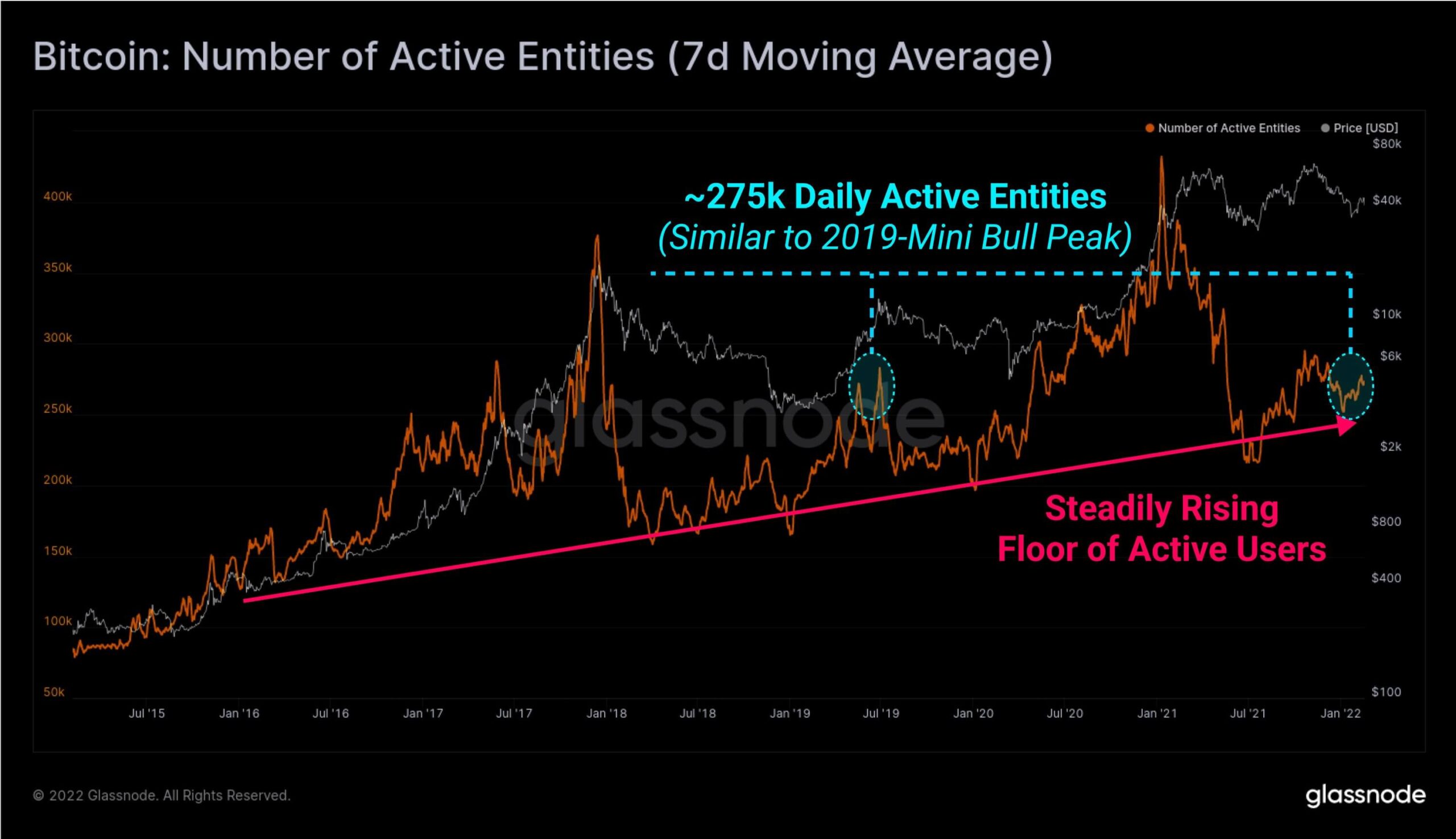 Contextualizing the above data meant that the BTC network sees around 275,000 active entities transacting as of now as compared to over 400,000 in November 2021.

This reduction meant that daily active entities were now noting the same levels as in mid-2019 and even well below the peak of the last halving cycle in December 2017. Nonetheless, the activity floor continues to climb in bearish markets, reflecting longer-term network effects.

With BTC’s price noting major upticks and dips in just a couple of days, volatility seemed to be taking over the coin’s market. Notably, Short-term holders continued to be the main driver of BTC volatility.

Data from Into The Block highlighted that while ‘long-term holders remain unfazed, the balance held by traders or addresses <1 month, is moving almost in tandem with the price action.’ Furthermore, since February 14, short-term holders have decreased their holdings by 8.7% to 1.55 million BTC now.

Seemingly, the BTC price fall shook up the market and market participants, however, the coin seemed to attempt some moves towards recovery which were met with a further downside. At press time, BTC traded at $37,792.12 noting a 1.57% loss in price on the daily.