Samsung’s $279 Galaxy Watch 5 is the go-to for Android smartwatches, for now

Starting at $279 — far less than the $399 Apple Watch Series 7 — the Watch 5 is an evolution of Samsung’s Galaxy Watch formula rather than a reinvention. Running Samsung’s One UI on top of Google’s Wear OS software, the Galaxy Watch 5 brings a more durable design, a skin temperature sensor, and a longer battery life to the lineup.

If you’re an Android fan looking for a smartwatch, you can’t go wrong with Samsung’s latest. But if you’ve got last year’s Galaxy Watch 4, there’s not much reason to upgrade now.

That’s because, overall, the Galaxy Watch 5’s interface hasn’t changed all too much compared to the Watch 4. You can still send and receive texts and other messages; make calls; and get important app updates. In other words, it handles everything you’d expect a smartwatch to handle, including controlling your compatible smart home appliances.

The Galaxy Watch 5 comes with a stronger, sturdier design than its predecessors thanks to its sapphire crystal display. Apple uses a similar type of display on its own Apple Watch, and while it’s not exactly unbreakable.

One change you might notice if you’re a long-time Samsung watch wearer is that the Galaxy Watch 5 doesn’t include Samsung’s trick rotating bezel found on older models. In its place is a Touch Bezel that lets you scroll through content by swiping around the outer part of the display.

The lack of a physically moving bezel isn’t the end of the world by any means, but it was a nice addition to the watch that made it stand out as a James Bond-esque device. 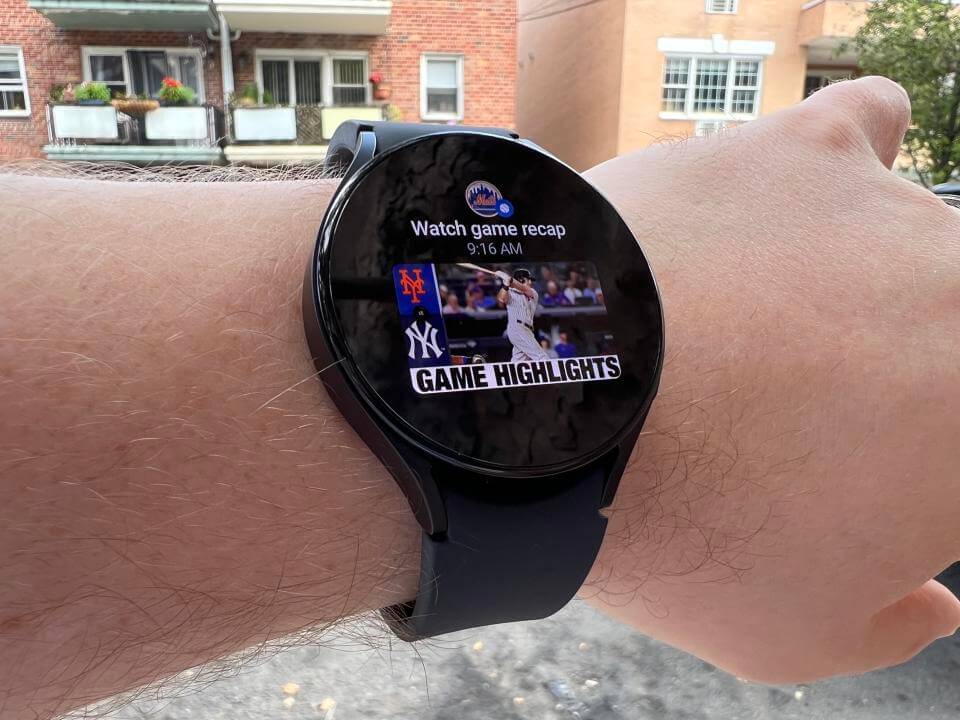 The Galaxy Watch 5 comes in two display sizes: 40mm and 44mm. If you’re looking for a watch with a bigger screen, you can opt for Samsung’s $449 Galaxy Watch 5 Pro, which packs a 45mm watch face and protruding bezel that should further protect the Watch 5 Pro’s screen from nicks and scratches.

Smartwatches serve as wrist-worn fitness and notification devices, and Samsung delivers on both of those fronts. You can get your workout fix via the watch’s built in fitness tracker, which can track more than 90 exercises. Auto workout tracking can automatically record your run without your having to select the option from the watch’s fitness app.

You can select individual weightlifting routines like bench pressing and deadlifting. There’s an “Other workout” option, but Samsung doesn’t make it entirely clear what that covers. 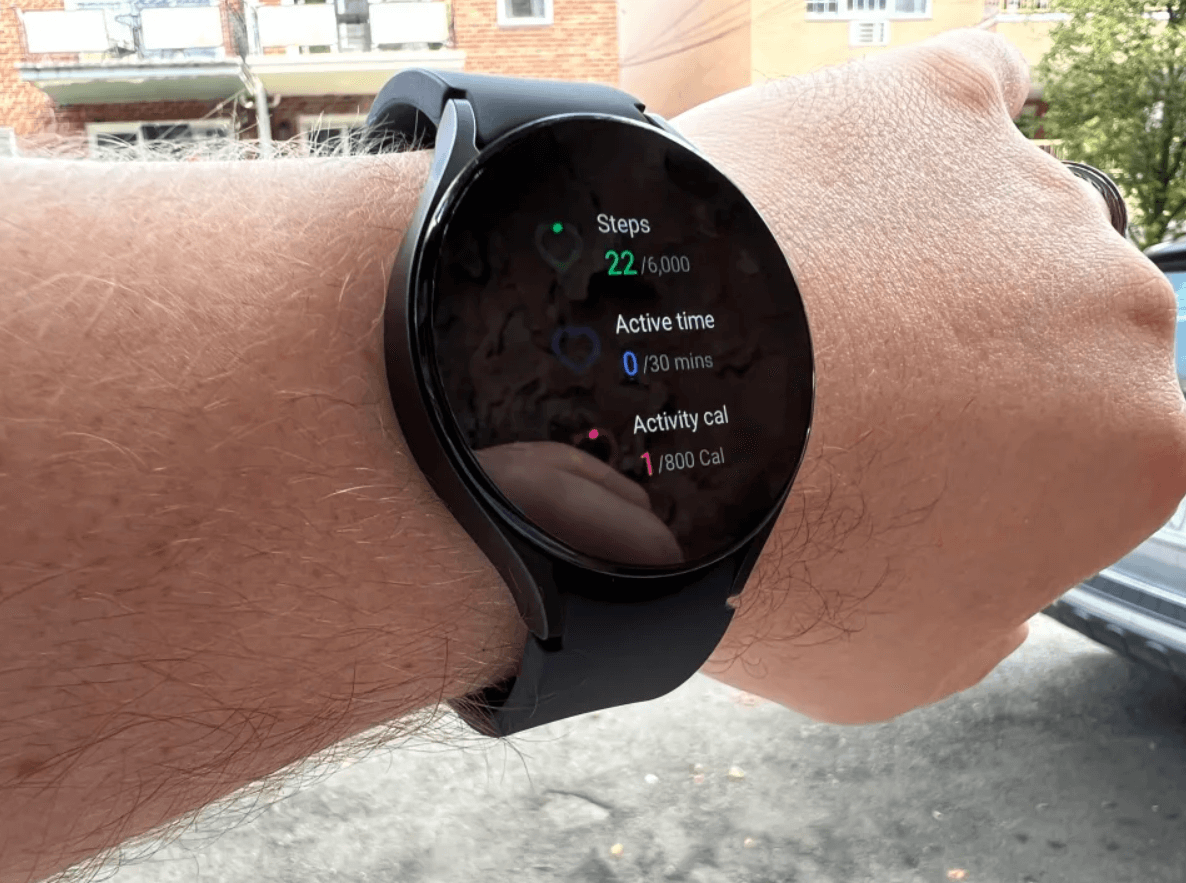 Like the Apple Watch, Samsung provides users with three daily exercise goals represented by hearts on the Watch 5’s display: steps, active time, and active calories. And just as with the Apple Watch, I quickly became obsessed with meeting those goals. Further health and fitness features include the ability to track your calories and water intake.

The Watch 5 also gets an updated sensor on its back. In addition to being able to measure your heart rate and blood oxygen, the Watch 5 can now check your skin temperature. But when it does work, the company says it will help provide deeper insights into things like sleep tracking.

Apple is reportedly adding a temperature tracking sensor to its next Apple Watch, though how the company plans to use the sensor remains to be seen.

Samsung continues to innovate its watches: improving durability, expanding health and wellness capabilities, and adding new sensors. But the company isn’t the only game in town. And while it collaborates with Google on the Watch 5’s operating system, the search giant is also set to roll out its own competing watch.

We’ll see how the two stack up against each other when the Pixel Watch hits the market later this fall.