The Rolls Royce of EVs is finally here.

British luxury automaker Rolls-Royce Motorcars (BMW.DE) finally took the wraps of its most highly anticipated vehicle, the all-electric Spectre coupe at an event at the company’s headquarters in Goodwood, England.

“This incredible motor car, conceived from the very beginning as our first fully-electric model, is silent, powerful and demonstrates how perfectly Rolls-Royce is suited to electrification,” Torsten Müller-Ötvös, Rolls-Royce Motor Cars CEO said in a statement. “Spectre’s all-electric powertrain will assure the marque’s sustained success and relevance while dramatically increasing the definition of each characteristic that makes a Rolls-Royce a Rolls-Royce.” 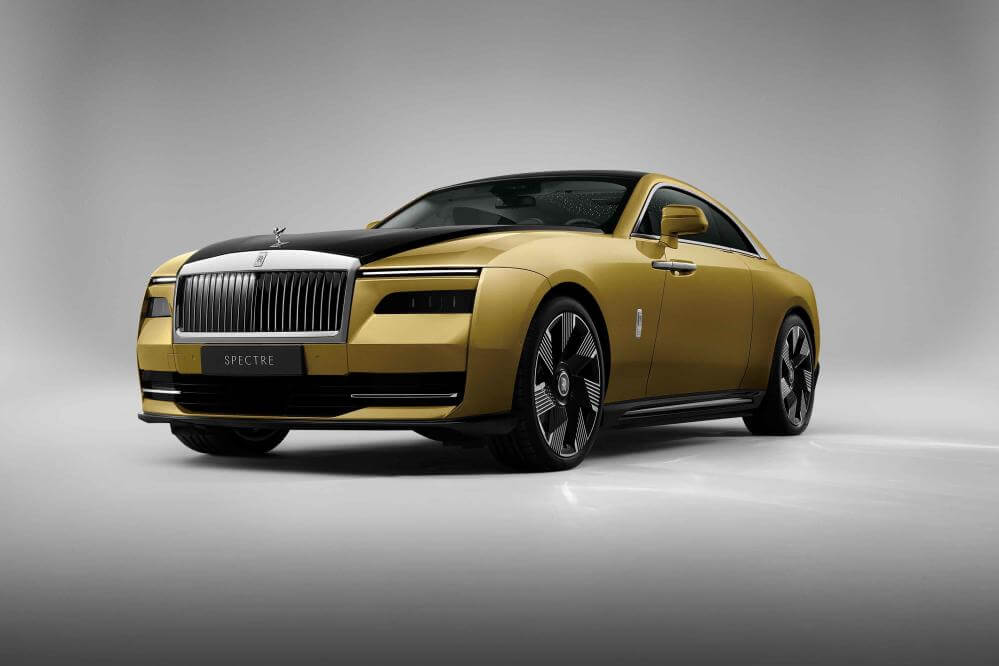 The Spectre was teased earlier this year in camouflaged trim, but now it has been revealed in all its glory. Though it has a the couple-like design of the outgoing Wraith, it has been refined to look a bit more sporty, especially with the sloping rear roofline flowing into the relatively wide (for Rolls-Royce) rear three quarter panel. The front end appears more streamlined, especially with the all new super-slim front headlights and bigger lower intake. The iconic waterfall grill remains.

More important is what appears under the hood, or body, in this case. The all-electric powertrain will offer 430 kW of power (approximately 577 hp) and 900 Nm (664 ft-lb) of torque. Rolls anticipates this power output will push the over 6,000 lb Spectre to a 0-60mph time of 4.4 seconds. 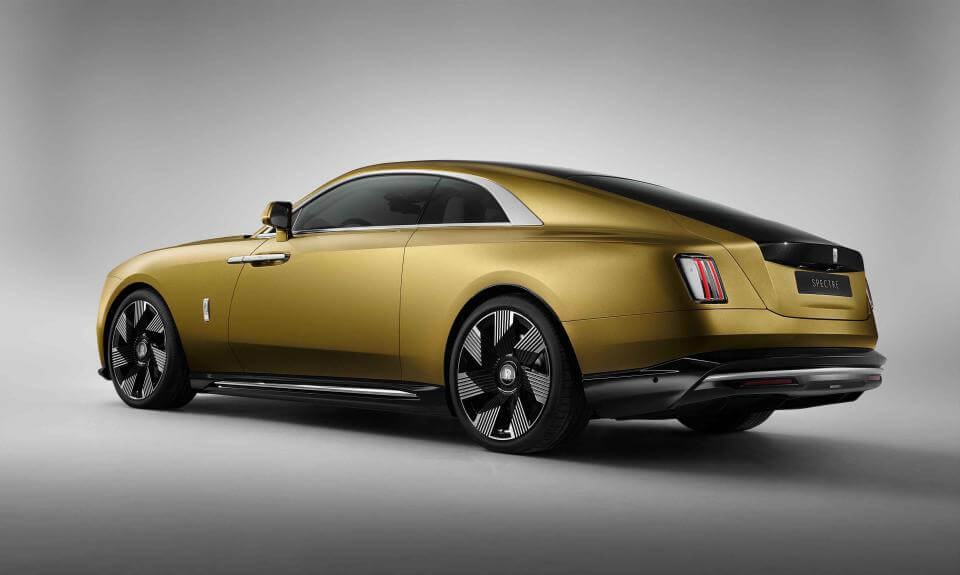 More importantly, despite its heft Rolls says the Spectre is expected to have an all-electric range of 320 miles (520 kilometers) using the WLTP method used in Europe.

Inside of course the Spectre will be all Rolls-Royce, meaning the same fine leathers, wood veneers, and lambswool carpeting fans of the brand can expect. Though you wouldn’t be able to tell the difference between the Spectre and non-EV Rolls-Royce, there are some slight difference like like the new digital dashboard that shows electric range to the right, and the familiar ‘power reserve’ gauge to the left tht includes a ‘charge’ indication that likely displays re-gen status. 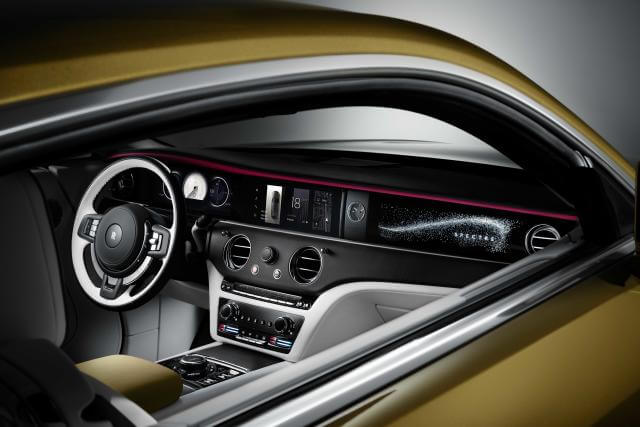 Rolls says the final power, acceleration and range figures are still being “refined,” as the Spectre enters its final phase of development, which will likely end sometime in Q2 of 2023.

Spectre is available for “commission,” in Rolls parlance, or custom ordered immediately from dealers, with first client deliveries beginning in the fourth quarter of 2023. Rolls says Spectre pricing will be positioned between Cullinan SUV and Phantom sedan, which would mean a starting price somewhere in the lofty $350,000 to $465,000 range.