Robinhood (HOOD) reported fourth-quarter revenue on Thursday which missed Wall Street analysts’ estimates. The company’s revenue outlook for the current quarter also came in below expectations. Shares of the commission-fee trading platform declined around 10% in after-hours.

Here are some of the fourth quarter results versus the consensus estimates expected by Wall Street analysts, according to Bloomberg data.

The company’s revenue outlook for the first quarter of this year also came in below expectations. Robinhood forecasts revenue of $340 million, while Wall Street was projecting $447 million. 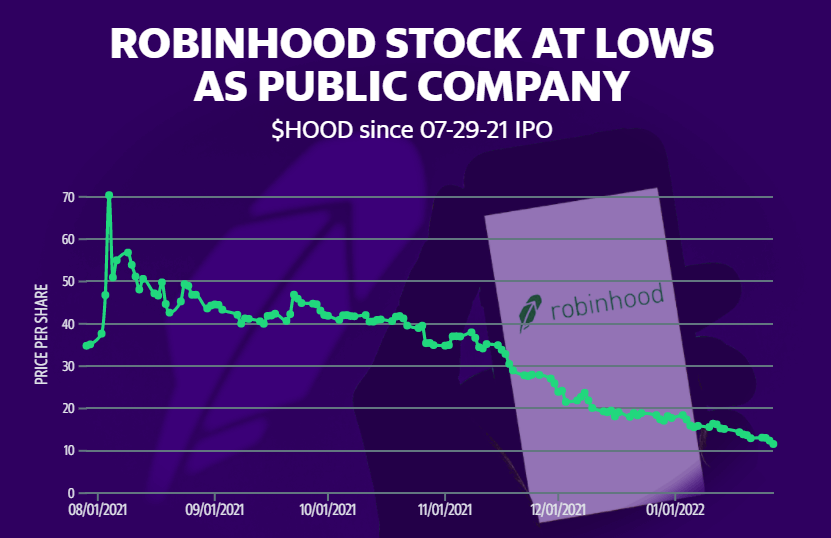 Analysts will be looking for color during the company’s earnings call on the rollout of its new crypto wallet, which began beta testing on Jan. 20. The product allows customers to send and receive digital coins. Robinhood has been laser focused on rolling out the new crypto wallet as it aims to expand its platform and leans heavily into the growing space of cryptocurrencies.

Robinhood’s stock was trading below $12 per share ahead of Thursday’s quarterly results. Shares had reached an all time intraday high of $85 each in August of 2021. They had been on a gradual decline since the company saw a slowdown in trading in the third quarter of last year with crypto revenue falling 78% from the prior three-month period. The results were a stark difference from the second quarter when Robinhood posted record revenue from crypto transactions buoyed by the massive popularity of Dogecoin (DOGE-USD).

Robinhood’s customer base ballooned during the pandemic as retail traders sat at home during lockdowns, with stimulus cash to spend.

“Robinhood had all of the tailwinds that you could want running up to their IPO. The problem that they’ve had is that all of those basically have unwound in the last eight to 10 months,” Hugh Tallents, senior partner at management consultancy cg42, told. 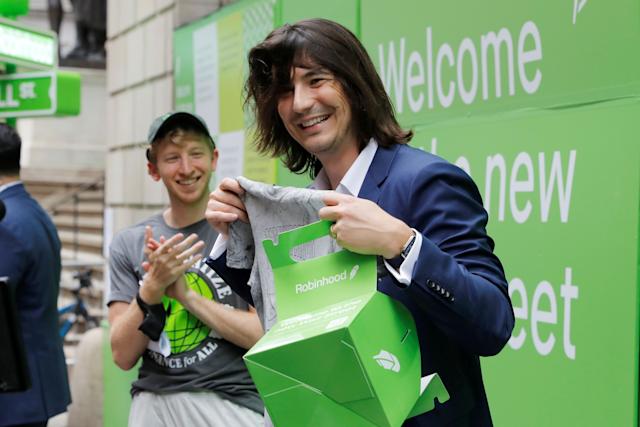 “They had five years of business plan success baked into that IPO price. Now you’re starting to see it valued more like a ‘fin’ than a ‘tech,’ and that multiple isn’t attractive necessarily,” Tallents added.

Last year, Robinhood faced backlash over its decision to temporarily restrict trading in video game retailer GameStop (GME) and other so-called meme stocks. The trading app then faced regulatory scrutiny over the gamification of stock trading and its use of payment for order flow (PFOF), where brokers funnel trade orders to market makers and receive a fee for their execution. More recently, Robinhood has depended less on the controversial practice as a way to bring in money, with a decline in PFOF as a percentage of revenue quarter over quarter.

Investors have been slowly rotating out of Internet and tech stocks amid volatile markets with high inflation and expected rate hikes from the Fed.

With its market cap sitting just below $11 billion, with roughly 22.5 million active users, Robinhood may be starting to look like an attractive acquisition target.

One scenario could be “someone like a PayPal who have said that they are interested in getting into the brokerage space, might pick them up for cents on the dollar as it relates to the IPO,” Tallents said.

The stock has eight Buy, seven Hold, and two Sell ratings from analysts, with an average price target of $29 per share.