The one trade that dominated most of 2022 has given up almost all of its gains.

Oil touched its lowest level of the year on Monday morning, a victim of concerns over political turmoil in China and a potential hit to demand.

Amid deep losses in both stocks in bonds and a cover-your-eyes plunge in crypto assets, oil prices surged in early 2022.

For oil stocks, the story was — and remains — even better.

Through Monday’s close, the Energy (XLE) sector had gained more than 60% this year, the only one out of 11 sectors in the S&P 500 to be sitting on year-to-date gains greater than 1%. As recently as November 15, XLE closed at a record high.

“Either oil stocks are way overpriced, or oil itself is way underpriced,” told Dan Dicker, founder of the Energy Word, last week. For Dicker’s part, he’s in the latter camp, predicting oil will re-attain triple digits by late spring 2023. 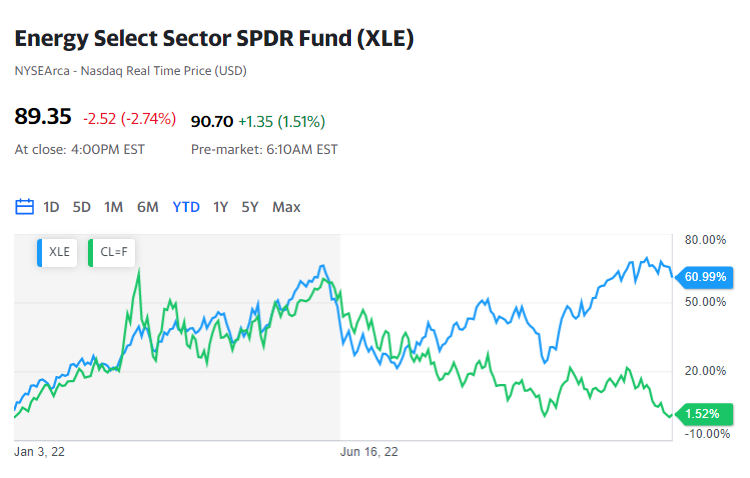 Calls for $200-a-barrel oil came fast and furious as WTI crude oil hit multi-year highs in early summer. As of the end of July, the median forecast for WTI crude oil at year-end 2022 stood at $103, according to a Bloomberg survey.

Then came the letdown.

Oil has slumped by more than 30 percent since that June high, as calls for a global recession sparked fear demand would decline as a result. The drop happened even as Saudi Arabia said in October it would cut production.

And further output reductions may be coming.

OPEC+ meets this Sunday to determine its target output level, and oil steadied on Monday after reports the cartel would consider further production cuts. On the flip side, news European Union representatives are meeting next Monday to decide on a price cap for Russian oil added to the recent stream of negative headlines for oil.

For consumers, of course, much of this comes as welcome news, with the drop in oil feeding through to falling gasoline prices at the pump in the U.S., which have hit their lowest since February, according to GasBuddy data. The firm’s head of petroleum analysis, Patrick de Haan, predicted Monday the average cost per gallon could drop below $3 by Christmas. 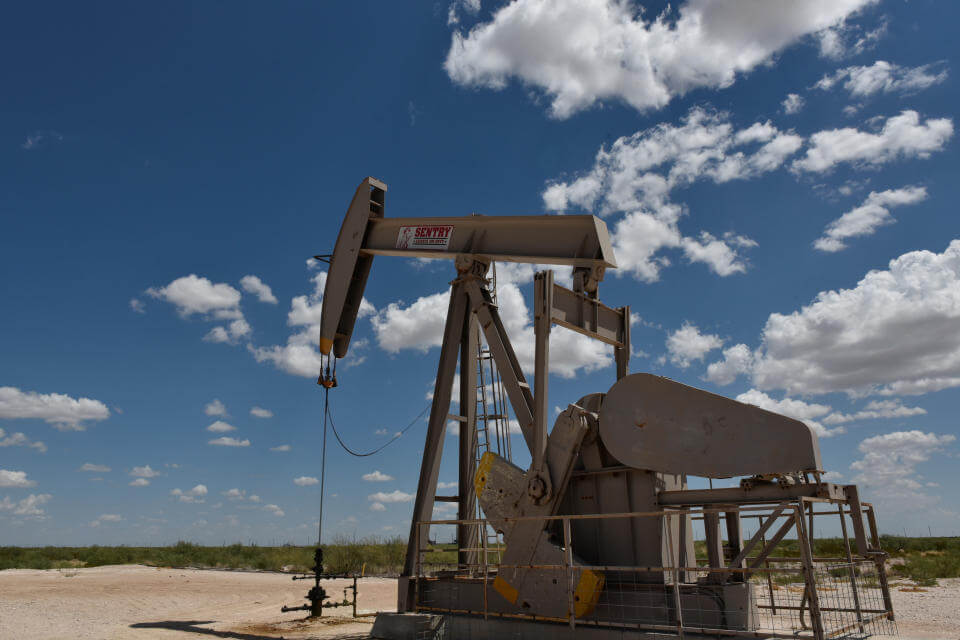 Money managers have also been trimming bullish oil bets, according to data from the Commodity Futures Trading Commission. Traders cut net-long positions in ICE Brent crude by the most since early March — the sixth-largest reduction since 2011, when the CFTC started releasing the data.

Stephen Schork, longtime oil analyst and author of the Schork Report, says that, at the very least, there’s more volatility to come between now and the end of the year.

Between China pressures, potential OPEC changes, and year-end tax effects in Houston which could also trigger swings in oil, Schork sees recent volatility as part of a bottoming process.

“Short of a major economic contraction,” Schork told, “I do think we’re plumbing the bottom of the market right now.”