West Texas Intermediate traded above $102 a barrel after gaining 3.2% on Tuesday. European gas prices surged as much as 24% Wednesday after Russia halted flows to Poland and Bulgaria, making good on a threat to stop supply to countries that refuse President Vladimir Putin’s demand to pay for the fuel in rubles.

On Tuesday, Germany said a full embargo on Russian oil would be manageable, potentially laying the groundwork for a continent-wide ban that may upend global crude trade. The U.S. and U.K. have already pledged to ban imports from the OPEC+ producer.

The renewed geopolitical risk to energy markets comes just as the tightest corner of the oil sector flared up again. U.S. diesel futures settled at a fresh record Tuesday, while profits from making the fuel in Europe are the highest since at least 2011. Russia is Europe’s largest external supplier of the middle distillate.

In Asia, there are some positive signs emerging from virus-hit China. Shanghai hinted at an easing of lockdown measures as infections dropped to the lowest in three weeks, while case numbers in Beijing stabilized. President Xi Jinping also made a commitment to boost infrastructure construction to bolster the economy. 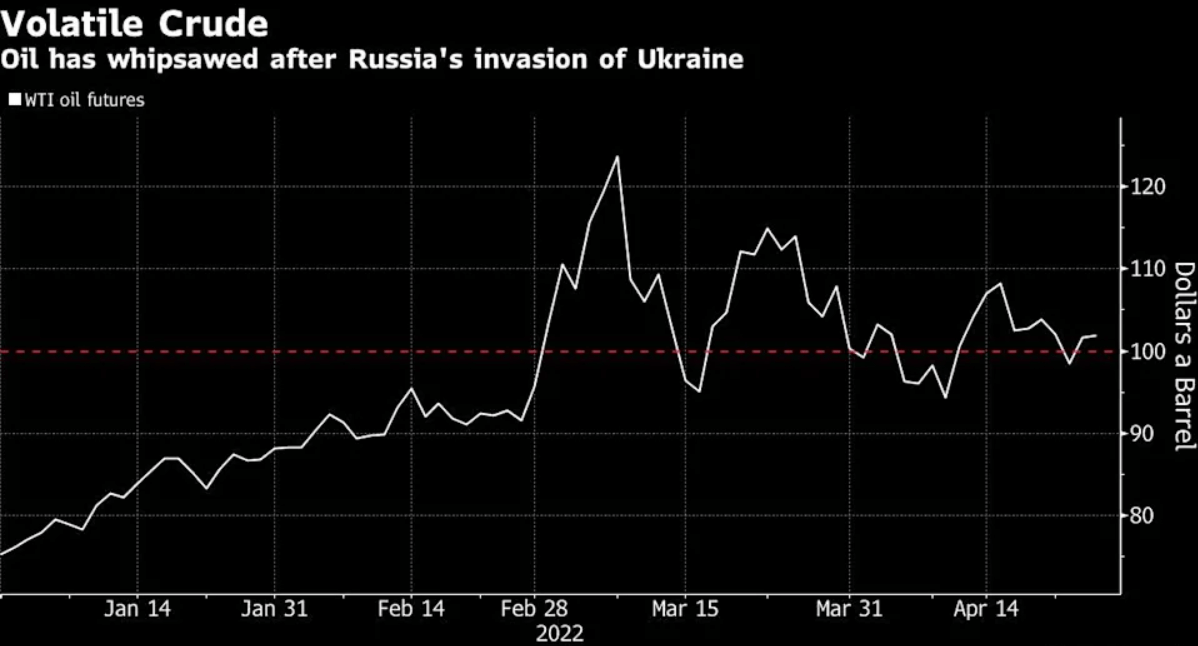