This week marks the grand return of Art Basel Miami Beach, an annual in-person art fair as traditional as art transacting gets. But with the newfound presence of NFTs (non-fungible tokens), the digital and the physical art are converging, solidifying the impact of the move towards blockchain technology.

For the first time in art market history, art viewers will interact on a large scale with NFT artwork. NFT pieces are digital files created with a blockchain — the same technology used for bitcoin and other cryptocurrency. This effort offers a new take on innovation, to the delight of the elite establishment. NFT art collectors rarely move into more tangible art buying, but tangible art buyers are coming in droves to the digital space, ushering in an increasingly virtual art world.

Christie’s is inviting a select group of VIPs to an event at an undisclosed 23,000 square foot Miami bank building called “The Gateway,” turning each room into an artistic wonderland for 34 NFT artists. They are partnering with six-month-old startup nft now and the peer-to-peer marketplace OpenSea for the exclusive, invite-only event.

While Christie’s builds the walls, Aorist hopes to break them down. On Tuesday, the interdisciplinary art initiative Aorist will open “Crossroads” in the swanky Faena district of Miami Beach. Founding digital art patron Pablo Rodriguez-Fraile spearheaded Aorist after years of being, in his words, “fully devoted to the blockchain space.”

The rest of the world finally caught on to the potential of NFTs in March, when the digital artist Beeple sold a 10-second NFT video for a whopping $69 million. The concept of digital artwork has had particular appeal during the pandemic, as it’s unfettered by the conventions of three-dimensional viewing or traditional sales methods. 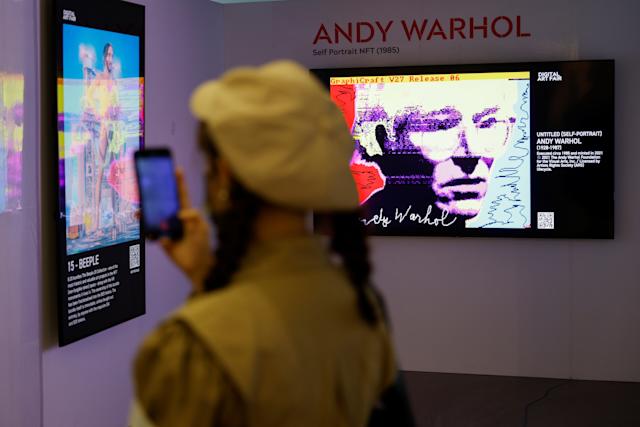 “NFTs are really nothing,” Pablo Rodriguez-Fraile explains.“ They’re just a better way we have to transfer digital ownership, even transact with digital ownership in general, but they don’t have any actual value. What’s interesting here is that they do allow for this amazing community building, for this interplay between the different projects. You can bring these into the virtual world, into your Metaverse, into your digital creations, and it’s very easy to be part of the community through just showcasing the NFTs you have in that collection.”

With “Crossroads,” Rodriguez-Fraile has partnered with Ximena Caminos to transform Faena into a cross-disciplinary world of high art and cutting-edge technology during Miami Art Week. Forty “tangible, somewhat tangible, and non-tangible” works will be sold in a tiered system of digital and physical art at corresponding price points. 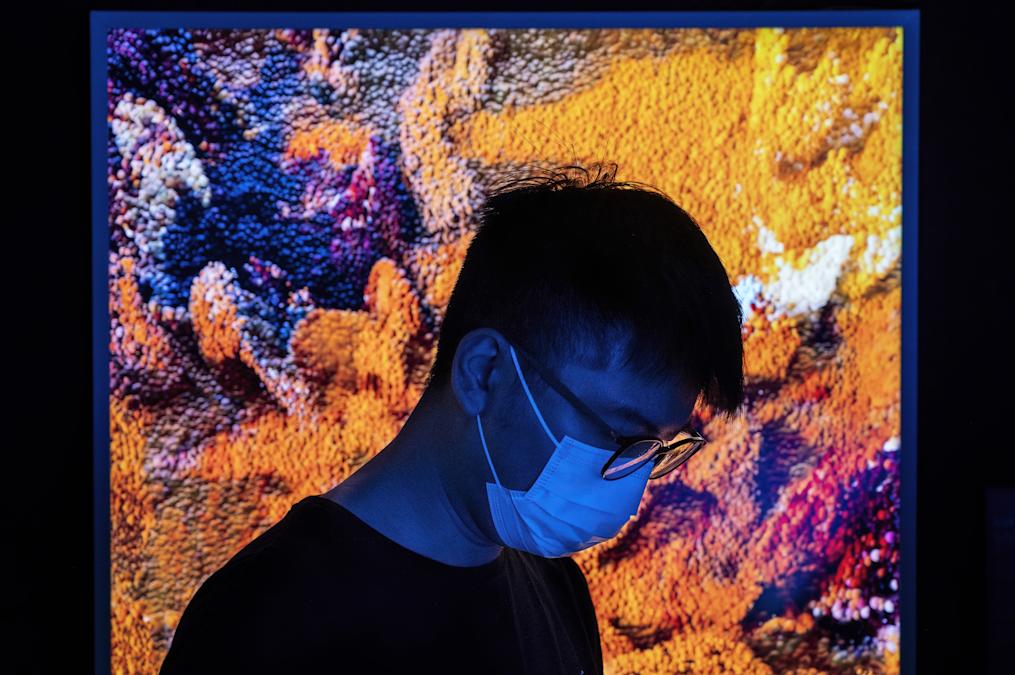 The crowning artist in the showcase is Refik Anadol, whose vibrant Artificial Intelligence depictions of coral attempt to shed light on climate change. He used NVIDIA’s (NVDA) StyleGAN2 ADA generative modeling to create “Machine Hallucinations: Coral” — a 40 x 40-foot AI data sculpture based on 1,742,772 images of coral. This piece will likely go for the “the high six figures,” according to Rodriguez-Fraile. A second tier of works will sell for $250,000 apiece; they will each be paired with a digital representation, a 3D representation, and a physical sculpture. On the lower end, a larger edition print will sell for $2500.

Aorist aims to simplify the barriers to entry by offsetting the technology curve, allowing for seamless credit card, debit card, wire, and cash transactions during their auction. Aorist is not, however, accepting Bitcoin (BTC-USD) or Ethereum (ETH-USD) as payment.

“I’m a huge, huge advocate about pricing in U.S. dollars, or in any other fiat currency,” Rodriguez-Fraile says. “Because Ethereum is not a currency. It’s too volatile to be the price of anything.” 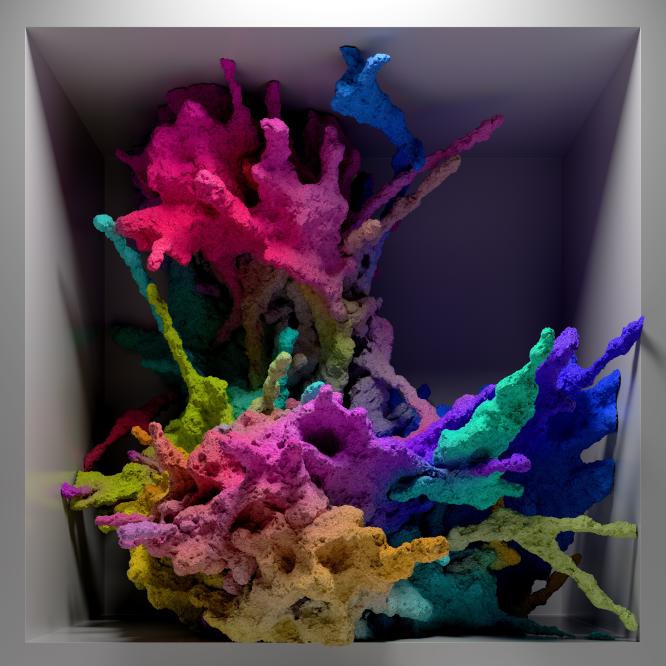 Sustainability is the emphasis. Working with ClimateTrade, a portion of all sales will also support Miami Beach’s South Beach underwater sculpture park and sanctuary, The ReefLine. Aorist also purchases automatic carbon credits with every platform transaction, offsetting twice the amount of carbon generated, which Rodriguez-Fraile says they plan to increase over time.

The symbiosis between human and technology is further explored by Tezos, another purported energy-efficient blockchain. Their NFT showcase ”Humans + Machines” even allows participants to create and mint their own NFTs on site using an algorithm in the space created by pioneering AI artist, Mario Klingemann, who also goes by Quasimondo.

This technology likely continues to astound the old guard. But for this one week in December, the technology is secondary to the aesthetic and viewing experience.