Netflix (NFLX) confirmed that an ad-supported tier will indeed be hitting the streaming service.

“We [are] adding an ad tier; we’re not adding ads to Netflix as you know it today. We’re adding an ad tier for folks who say, ‘Hey, I want a lower price and I’ll watch ads,'” Netflix co-CEO Ted Sarandos said at last week’s Cannes Lions advertising festival.

Advertisers have praised the upcoming rollout with David Cohen, CEO of the Interactive Advertising Bureau (IAB), telling that “this is a net benefit to the market as this will mean significantly more supply that the market can purchase.”

He added that consumers have flocked to streaming services amid the pandemic, creating even more opportunities for engagement amid the “erosion” of linear TV.

“There are nearly unlimited options for both consumers and marketers to connect with audiences,” Cohen said, although he did caution “that’s a blessing and a curse.”

“There is a paradox of choice, and it’s a complicated market with lots of players so it’s more challenging to aggregate reach and aggregate scale,” he explained.

New reports have shown the kinks when it comes to streamers and OTT platforms embracing advertising.

According to The Wall Street Journal, which cited a study by WPP PLC’s ad-buying giant GroupM and ad-measurement firm iSpot.tv Inc., many commercials continue to play on ad-supported streaming services even after viewers turn off their televisions — contributing to an estimated waste of more than $1 billion per year for brands.

But experts in the space have shrugged off any concerns, comparing it to the “natural growing pains” seen throughout media’s history.

“It’s expected,” stated Laura Grover, head of client solutions at advertising measurement platform EDO, underscoring that “there’s this period for all media — as it evolves — where the industry is figuring out measurement.” 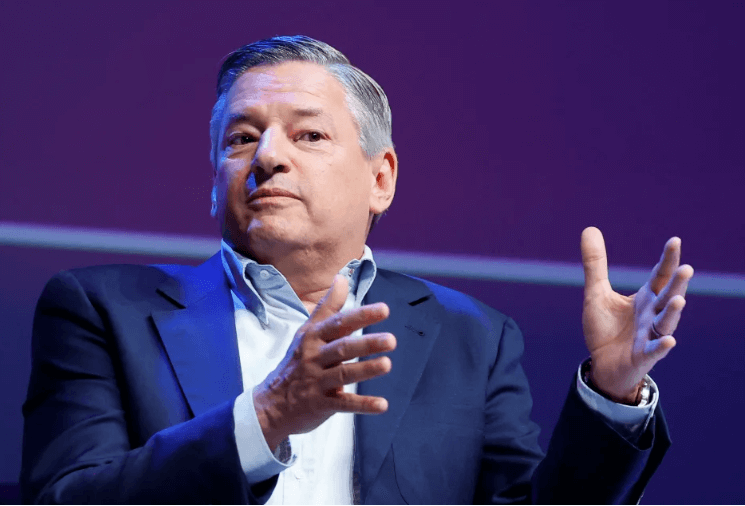 Netflix is reportedly in talks with both NBCUniversal (CMCSA) and Google (GOOGL) for exclusive partnership deals to help the company create its ad tier; however, a Netflix spokesperson told that the company is “still in the early days of deciding how to launch a lower priced, ad supported option and no decisions have been made.”

Experts say that the streamer will need to find an ad partner that “is not only innovative in how they sell and serve ads but also understands the importance of next-gen measurement,” EDO’s Grover said.

“The right ad sales partner should understand the importance of real-time, outcome-based measurement that enables marketers and networks to see what triggers the conversion from awareness to intent,” she continued.

Wall Street, meanwhile, still needs convincing that an ad-supported tier is the answer to Netflix’s problems.

According to recent data, cited in a new note by Bank of America, customers across all income levels would switch to a discounted ad-based alternative — however, “ad-tiering could serve as a way for consumers across all income brackets to extend their streaming budget by trading down to subscribe to an additional service, benefiting Netflix’s competitors much more than Netflix itself.”

The analysts warned that Netflix should enter the ad space cautiously, describing it as a costly endeavor that needs to be crafted with the consumer experience in mind.

“Advertising isn’t a cure-all and it isn’t free money,” the note emphasized.

IAB’s Cohen agreed, noting: “The challenge that we have as an industry is to not go down the path that we did in the past, historically, by trying to cram too many ads and clutter the consumer experience.”

Overall, though, the executive surmised that “the consumer experience is going to be very, very good relative to ad supported streaming in the future” — citing the flexibility and fluidity of streaming relative to the rigidness of traditional TV. 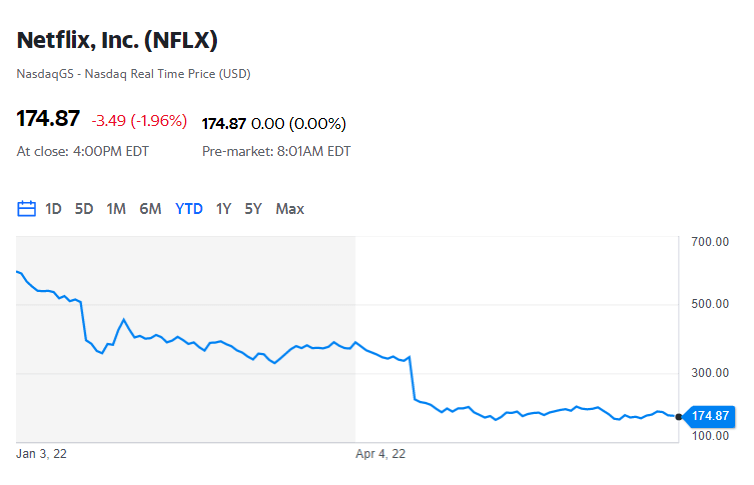 Netflix stock, currently trading at around $180 a share, has plummeted 70% year-to-date amid a broader market sell-off that’s slammed growth stocks and fueled talk of a potential recession.

The ad-supported tier, coupled with a crackdown on password sharing, should help boost revenues as the platform grapples with a post-COVID slump in subscribers.

Netflix announced an unexpected first-quarter subscriber loss of 200,000 users in April. It expects to lose another 2 million subs in the current quarter.

To offset some of that churn, the company issued another round of job cuts last week, eliminating 300 positions.

The job cuts follow Netflix’s last round of layoffs in May when the streamer laid off 150 members of its workforce. In recent weeks, a number of technology companies and venture capital–backed firms have announced plans to either freeze hiring, rescind accepted offers, or lay off employees entirely. 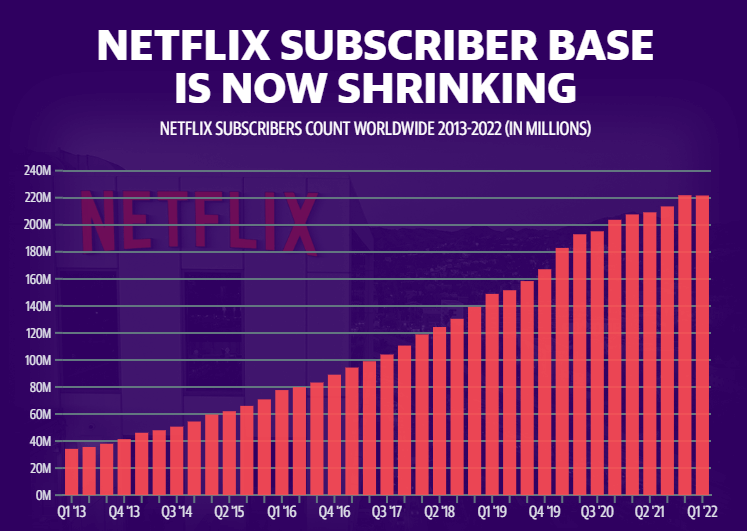