“This company is clearly back on track,” told Geetha Ranganathan, senior media analyst at Bloomberg Intelligence.

Evercore ISI’s Mark Mahaney raised his price target by $40 to $340 and reiterated his Outperform rating. In a note to clients, the analyst wrote, “Netflix fundamentals have stabilized, and now comes the biggest catalyst across consumer internet – the launch of Netflix’s ad-supported offering in November.” 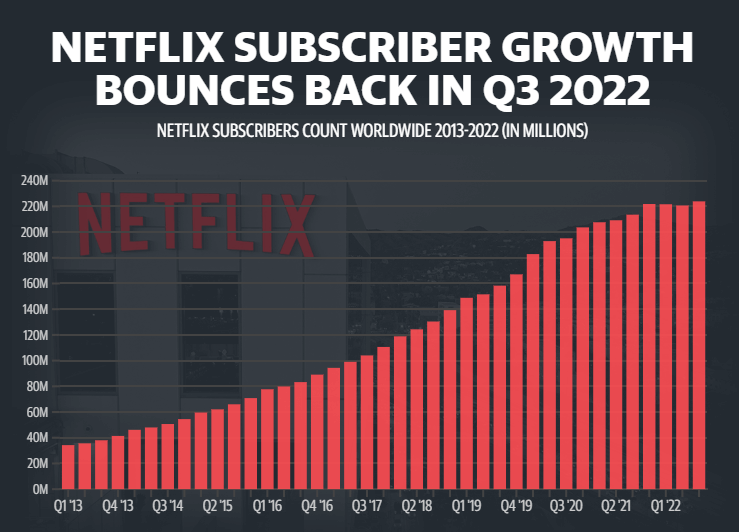 Will ad-supported be the answer? Wall Street’s split

Despite concerns that current subscribers will trade down to the ad-supported version, Citi Managing Director Jason Bazinet that he views the introduction of advertising as a lucrative revenue driver.

“It’s not a spin down risk, it’s a spin up opportunity,” the analyst maintained, surmising that the company could secure $10 or more in advertising revenue per ad-tier subscriber in the U.S.

Ranganathan agreed that ad-supported will be a strong future catalyst, explaining that the upcoming tier is “competitively” priced at $6.99 a month in the U.S.

“Based on our YTD actuals and Q4 guidance, we estimate that this appreciation since January 1, 2022 will negatively impact our full year 2022 revenue and operating income by ~$1 billion and $0.8 billion, respectively,” the company stated in its earnings release.

But not everyone on Wall Street is convinced. 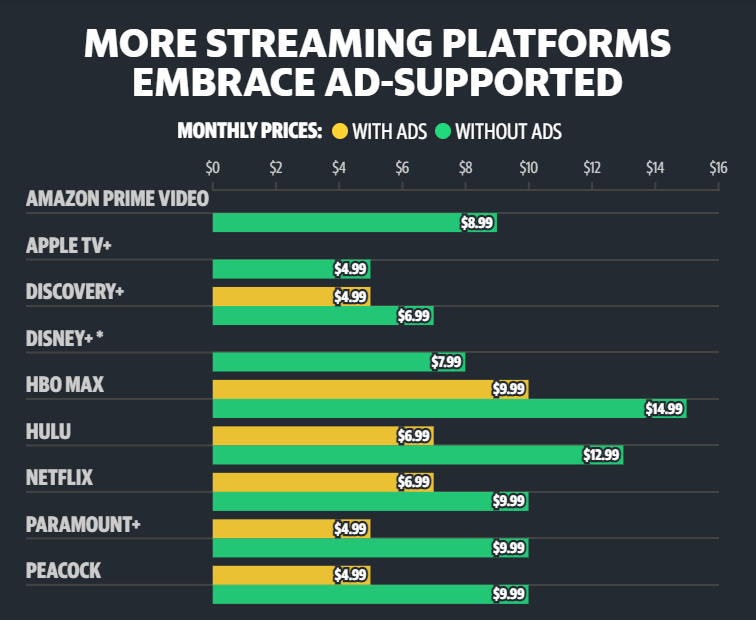 Bank of America reiterated its Underperform rating and $196 price target, writing in a note to clients that Netflix’s “ad-tier is hard to understand as a growth driver, particularly with lower cost per thousand impressions (CPMs) outside of English speaking markets.”

“We still are not able to square a compelling international breakeven, and are unsure of the value proposition to consumers given high-CPM countries are nearly fully penetrated,” the note continued, adding that FX headwinds, content cyclicality, and long-term challenges still remain.

Similarly, CFRA analyst Kenneth Leon, despite raising his price target on the stock by $10 to $225 a share, maintained his Sell rating, writing that shares are currently “overvalued.”

“Netflix is not a growth company … It is as a slow growing media company with single-digit revenue growth and intense competition,” the analyst wrote in a note to clients, adding that any material impact from the platform’s upcoming ad-supported tier will not be realized until the second half of 2023.

Macquarie analyst Tim Nollen, who maintains a Neutral rating on the stock, said he expects fourth-quarter earnings and revenue to be dragged down by FX and content costs.

He added that although he is optimistic on growth from the ad-tier, as well as efforts to reduce password sharing, those revenue streams will take time to translate to meaningful upside. As a result, Nollen estimates only modest EBITDA upside in 2023. 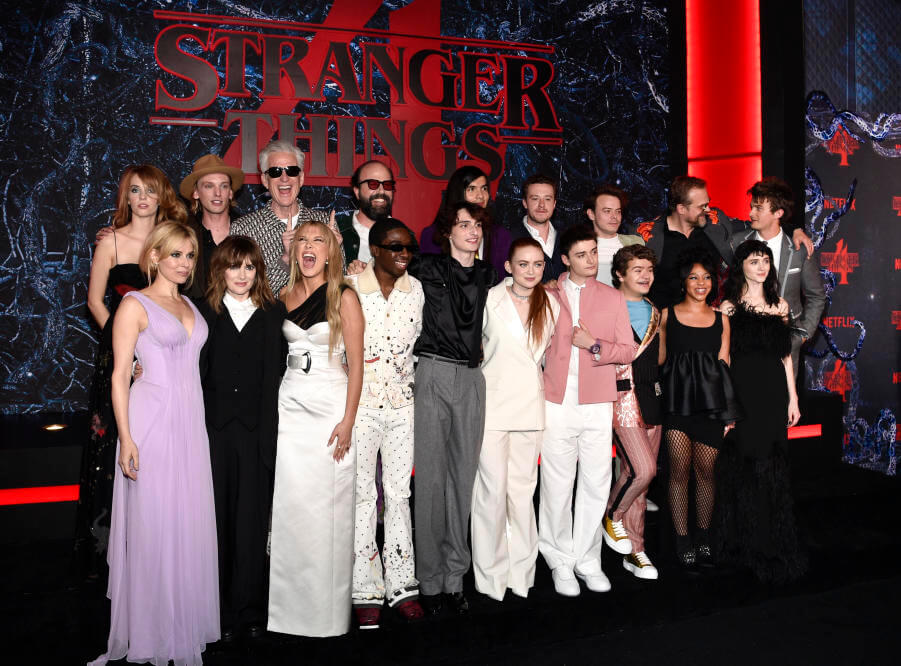 Tuesday’s earnings marked the first time this year the company has added subscribers, which mostly came from outside of the United States

In the first and second quarters, Netflix lost 200,000 and 970,000 subscribers, respectively. The company said it will stop giving guidance on paid memberships moving forward due to its introduction of new revenue streams. For now, though, it estimated an addition of 4.5 million subscribers next quarter (above prior forecasts of 3.9 million.)

On the earnings call, Netflix Co-CEO Ted Sarandos said the company, which has committed to spend $17 billion on content in 2022, is working to get “better and better” at securing “more impact per $1 billion spend than anybody else.”

“That’s how we’re focusing on it — we’re spending at about the right level,” the executive maintained.

Netflix underscored its streaming prowess relative to competitors, writing in its earnings release, “Our competitors are investing heavily to drive subscribers and engagement, but building a large, successful streaming business is hard — we estimate they are all losing money, with combined 2022 operating losses well over $10 billion, vs. Netflix’s $5 to $6 billion annual operating profit.”

Bloomberg’s Ranganathan noted that, as competitors ease up on spending amid greater focus on profitability, Netflix should come out on top.

“I think that really gives Netflix a leg up as they try and get more and more bang for their buck,” Ranganathan said, adding that increased engagement will also be especially useful for advertisers.