Netflix stock is up 65% since July, but the company faces 5 big problems in 2023

Netflix (NFLX) shares have been on a tear over the last six months of the year.

But investors will have plenty to worry for the company in 2023, according to one Wall Street analyst.

Needham’s Laura Martin argued in a new client note on Thursday the stock will battle several headwinds in the new year including slowing subscriber growth and increased pressure on its key financial metric, average revenue per user, or ARPU.

Shares of Netflix, down about 50% since the start of the year, have climbed more than 65% over the past six months as industry watchers see content improvements decreasing churn in 2023, while investors remain optimistic by the platform’s foray into advertising — despite recent negative headlines surrounding its November debut.

Martin, however, did not seem convinced by the recent rally, arguing in her note: “NFLX’s peak subs may be behind it, because churn is rising for all [over-the-top platforms].”

She added if Netflix does report subscriber growth in 2023, those users will likely come from low-ARPU regions overseas, while subscriber losses will stem from high-ARPU geographies like the U.S. and Canada, which will weigh on revenue growth.

The analyst, who maintained a Hold rating on the stock, lowered her full-year 2023 revenue estimate by 7% to $33.4 billion. She also lowered expectations for adjusted EBITDA to $6.5 billion and GAAP EPS to $9.31, figures that are 15% and 20% below the firm’s latest estimates, respectively.

The ad tier, which officially debuted in U.S. markets on November 3, accounted for just 9% of Netflix sign-ups during the month. About 57% of those ad-supported subscribers re-joined the service or signed up for the first time, while 43% traded down to the cheaper plan, Antenna data revealed.

Antenna’s study comes after Netflix’s stock lost nearly 9% last Thursday, its biggest intraday drop since April, after a report from Digiday said the streaming giant fell short on viewership guarantees it made to advertisers for the ad tier. 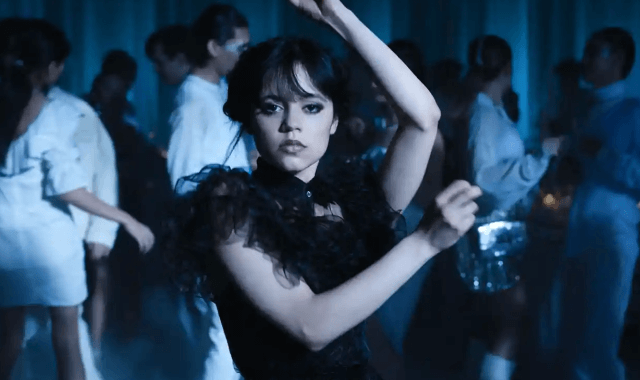 Martin pointed to the FTC’s recent antitrust lawsuit against Microsoft (MSFT) and its $69 billion acquisition of “Call of Duty” publisher Activision Blizzard (ATVI), writing the lawsuit “destroys NFLX shareholder value in 2 ways — making it less likely that MSFT bids for NFLX and/or MSFT is distracted from its AdTech commitments for NFLX’s ad-tier during 2023.”