Netflix may haul in billions of dollars by selling ads, predicts JPMorgan

Netflix stands to haul in big bucks over the next few years from the launch of its first ad-supported tier, estimates JPMorgan.

Analyst Doug Anmuth estimated in a new note on Monday Netflix could drive 7.5 million subscribers to its ad-supported tier in its US/Canada segment in 2023. That alone will help drive $600 million in advertising sales in 2023 for the segment. Anmuth expects those numbers to swell by 2026 as Netflix’s execution on selling ads improves.

Optimism on Wall Street regarding the financial impact of Netflix’s looming ad-tier has greatly supported the stock in recent months. Shares of the streaming giant are up 19% in the past three months, out-performing the S&P 500’s 4% drop. 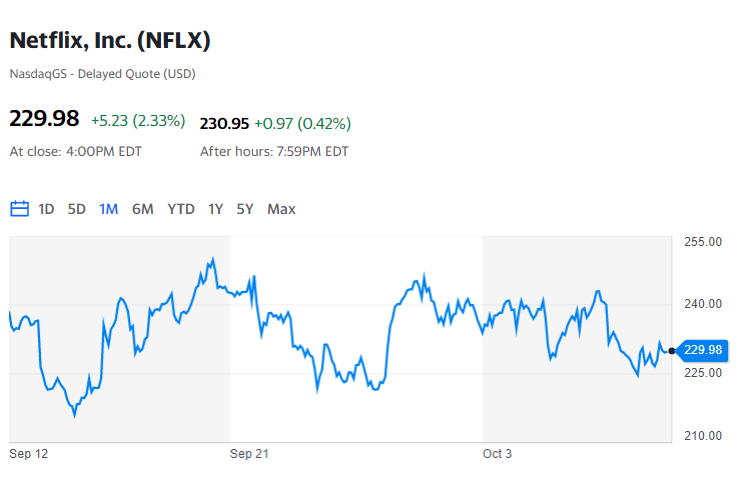 To Anmuth’s point, the first half of 2022 has been un-Netflix like — factors that have led to the stock plunging 63% year to date.

The company shed more than one million paid subscribers in the first two quarters of the year as the economy slowed and consumers cutback. Becoming more mobile post COVID-19 pandemic has also weighed on subscriber trends for Netflix, as has been the rising of competing streaming platforms from Disney and Paramount.

But there is a real chance for Netflix to make a meaningful business by offering an ad-supported pricing tier for consumers, Cowen analyst John Blackledge says. Hence, Netflix’s shares have come back alive.

“I think it will be a net-net-incremental [positive],” Blackledge said. “It is a positive multi-year revenue [opportunity] for the company.”