“Basic with Ads” will complement Netflix’s existing ad-free tiers and be available in 12 countries, including the U.S., the U.K., Australia, Brazil, Canada, France, Germany, Italy, Japan, Korea, Mexico, and Spain.

The ad tier will feature an average of 4-to-5 minutes of ads per hour. At launch, ads will run 15 or 30 seconds in length, with some running prior to the start of a program while others will be mid-roll ads.

Wall Street analysts are largely bullish on the profitability aspects of the new ad tier, and advertising experts refer to the debut as a make-or-break moment for the media industry. 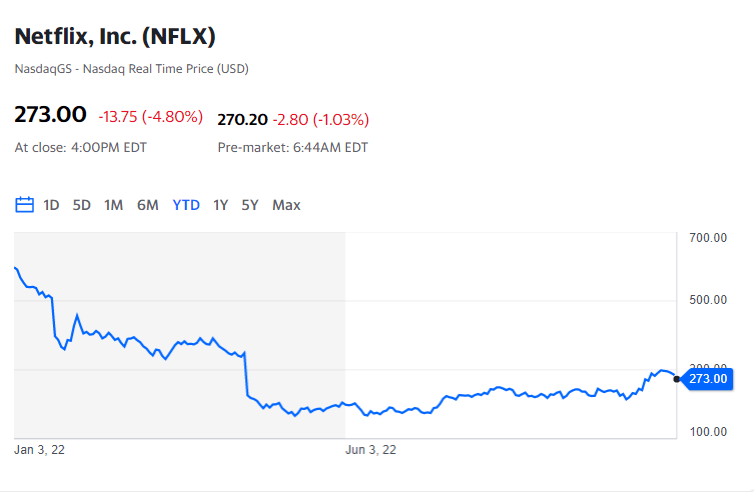 “It is absolutely a pivotal moment for the industry,” told Kevin Krim, CEO of advertising measurement platform EDO, citing Amazon’s (AMZN) Thursday Night Football as another watershed moment when streaming, subscription, and ad-supported went to the masses.

Looking back, the executive explained, this “will be the moment where the vast majority of Americans became crystal clear that there’s going to be a new way to get the must-watch TV that they care about — and it’s going to be through a subscription-based and an ad-supported business model.”

Amid concerns that Netflix subscribers will trade down to the ad-supported version, Citi Managing Director Jason Bazinet previously told that he views the introduction of advertising as a lucrative revenue driver.

“It’s not a spin down risk — it’s a spin up opportunity,” the analyst maintained, estimating that the company could secure $10 or more in advertising revenue per ad-tier subscriber in the U.S.

“I think what we have learned as an industry is that there’s a limit to the number of consumers out there that will pay,” EDO’s Krim said. “Advertising is a really smart way to subsidize those subscription fees.”

Krim added that streaming is going back to basics as its new dual revenue model mimics that of traditional cable television.

“This is our new future,” he maintained. “You won’t see anyone going backwards. I’m absolutely confident that ads will be part of Netflix’s future.”

The streaming giant is currently utilizing a fixed price model for advertisers (and would not reveal its cost-per-thousand rate), noting that it’s open to adjusting that model in the future.

Netflix Worldwide Advertising President Jeremi Gorman previously revealed that the platform “nearly sold out all of its [ad] inventory” globally for launch — bucking the trend of a global ad spend slowdown.

Since Netflix’s rise to the top of the streaming wars, the platform has adopted has a mass amount of programming with the majority of its content considered “niche.”

“That’s where you could start to see tension in this move — tension between this premium niche programming that they source from around the world versus what is typically effective for ad-supported content,” Krim warned. “As a programmer, you tend to play it safe in order to attract the largest audience that will still be palatable to advertisers. That’s going to push Netflix into uncharted territory from a content strategy perspective.”

Consequently, about 5% to 10% of overall content won’t be available for users in the ad tier due to varying licensing restrictions across countries. 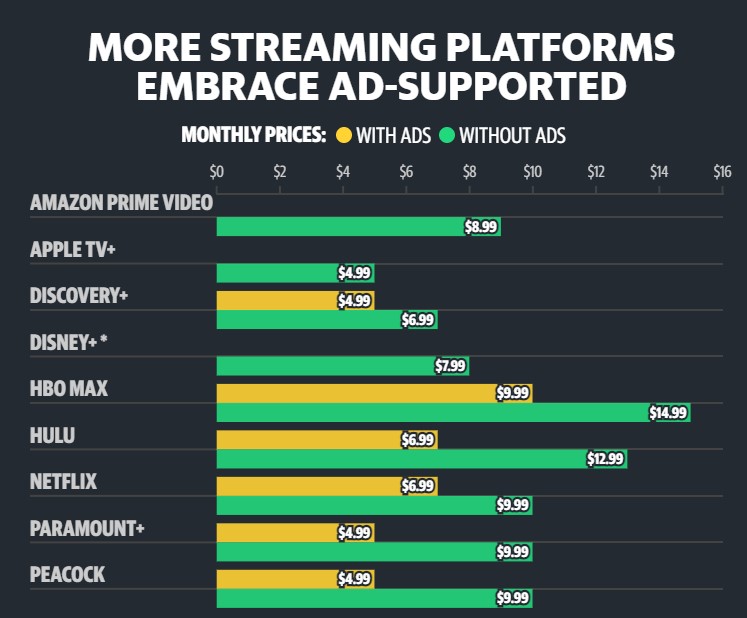 Other concerns center around ad integration, with analysts hoping that content interruptions don’t disrupt the binge model that’s made Netflix so successful.

“Innovation will be fascinating to watch with a culture like Netflix, which wants to be different and wants to have a good user experience,” Krim said. “Over time, I think we’ll see brand sponsorship integrations into the content itself. Netflix already does that quite a bit. It’s very low key, but they’re really one of the best in the industry.”

Refining measurement and increasing engagement will be other types of growing pains for Netflix to tackle. The company plans to lean on Nielsen’s Digital Ad Ratings system, which will become available some time in 2023, to help advertisers better understand how the platform can reach their target audience.

And overall, with Disney entering the ad space next month amid a flurry of existing competitors, Krim stressed the importance of performance:

“Streamers today are going to have to prove it or lose it — prove the value of what you’re selling because there are too many other choices for ad buyers.”