MicroStrategy CEO Michael Saylor: Gold should be scared of bitcoin

Bitcoin’s rise as an investment could spell long-term doom for gold as an asset class, fancies crypto bull and MicroStrategy founder Michael Saylor.

“The only thing that is threatened by bitcoin is gold,” said Saylor on Yahoo Finance Live. “The best thing you could do is sell all $10 trillion of gold and buy bitcoin. Gold is a dead rock. It’s the worst-performing asset, bar none, no debate. There is no hope for it.”

That buy bitcoin, dump gold strategy has worked well this year as investors flock to assets they believe can outperform during high inflationary periods (as we are in right now). 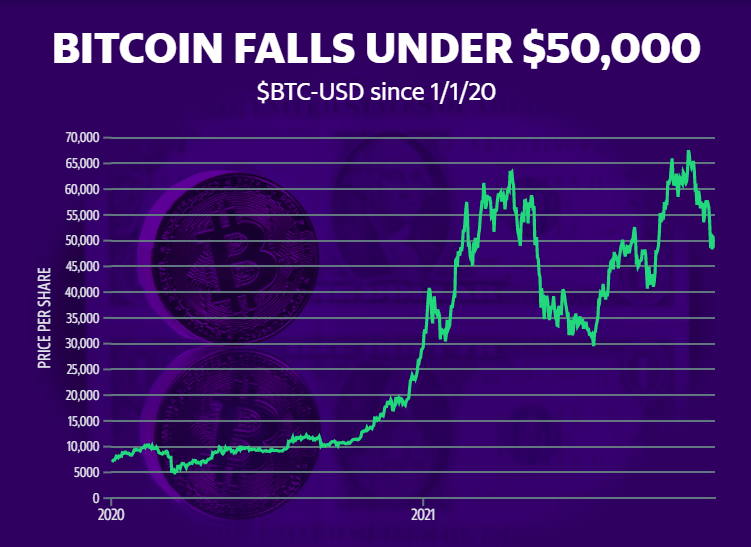 Saylor continues to put his company’s money where his mouth is.

The long-time crypto proponent revealed Thursday in a tweet to his 1.9 million followers that MicroStrategy purchased an additional 1,434 bitcoins for $82.4 million in cash at an average price of $57,477. As of Dec. 9, MicroStrategy holds 122,478 bitcoins valued at $3.66 billion. The average price for the bitcoin tallies $29,861.

Saylor added he continues to see only one direction for bitcoin prices to head: up.

“I have said it before, bitcoin is going up forever,” Saylor said, pointing to more global adoption and long-run inflation for his bullishness.