Micron chooses New York for $100B factory instead of Central Texas

Micron Technology Inc. announced Oct. 4 it will invest up to $100 billion to build a massive semiconductor fabrication facility in Central New York, rather than Lockhart south of Austin.

Construction is set to begin in 2024, and Micron is set to receive $5.5 billion in incentives from the state of New York. Combined with state and local deals, the incentives for Micron could total $6 billion over two decades, Albany Business Review reported. Full buildout could take more than 20 years and eventually reach 2.4 million square feet of cleanroom space.

The Central Texas city of Lockhart, located about 35 miles south of Austin, had been a contender for the semiconductor facility. The project could have brought thousands of jobs to an 1,800-acre site off Farm to Market Road 2720, in northern Caldwell County.

Caldwell County Judge Hoppy Haden said he was informed late Oct. 3 by the office of Gov. Greg Abbott that Micron was going with New York.

He said he and other leaders were disappointed, likening it to being the “bridesmaid instead of the bride.”

“We’re disappointed and feel like they are making a mistake,” he said. “We feel Texas is the best place in the nation for them to put a site.”

But he said that they were well aware that it was a 50-50 chance they were going to get the project, and that’s why they’re talking to additional companies that are interested in the land. He said they had already ramped up discussions with one by the morning of Oct. 4.

“I’m still optimistic we’re getting someone at the site,” he said. “This is why I’ve been cautioning everyone it wasn’t a deal. … We knew it was a 50-50 chance and that’s why we didn’t put all our eggs in one basket.”

Lockhart has a population of roughly 15,000 and is known for its legendary barbecue spots, small-town charm and picturesque county courthouse. The Micron factory had been seen as a potentially transformative project — although extensive growth is still expected in this corner of Central Texas, with or without a chip plant.

Haden previously told that Micron was one of two projects being floated for the area with a capital investment of about $40 billion and 15,000 possible jobs.

Micron had been searching Central Texas for site

Micron had been scouting Central Texas, including Caldwell County, for a factory site for several months. Its plans became public in August, when incentives applications for “Project Evergreen,” an eight-phased fabrication facility, were posted on the state’s comptroller website.

Micron’s interest in the Austin area was seen as another indicator of the metro’s appeal for semiconductor companies. Samsung Electronics Co. Ltd. is building a $17 billion plant in Taylor — and contemplating an additional investment of more than $200 billion in Taylor and North Austin.

Micron had publicly acknowledged it was looking to invest more in the United States, ramping up that promise following the summer passage of the federal CHIPS and Science Act, which provides $52 billion in incentives to chipmakers. The company had said it aims to invest more than $150 billion globally in manufacturing and research and development in the coming decade, including $40 billion in the United States.

The company announced Sept. 1 plans to build a $15 billion memory chip fabrication plant in its hometown of Boise, Idaho, but referred to it as the first of “multiple planned U.S. investments.” 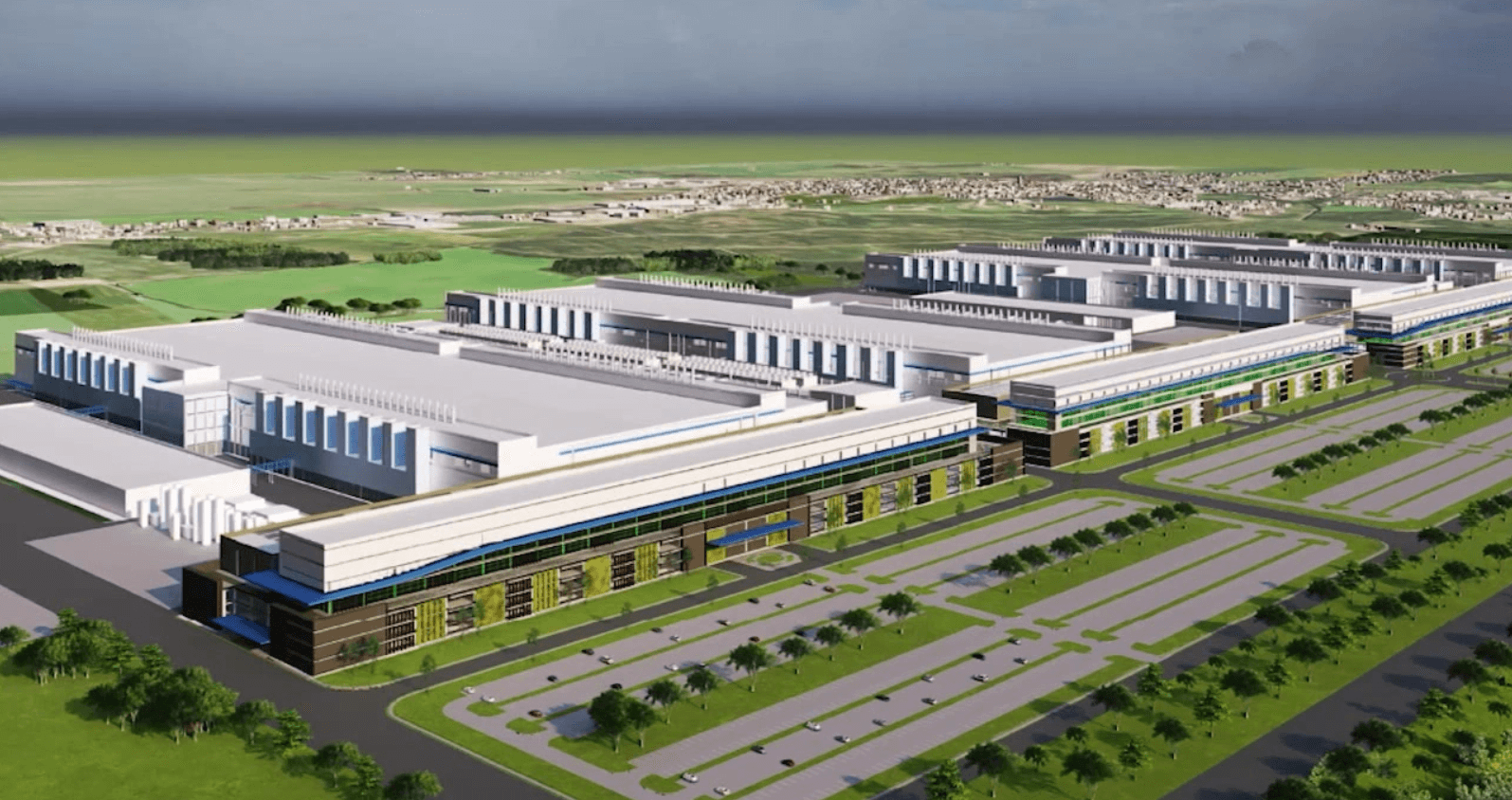 The details about Micron’s potential plans in Texas became public through incentives applications posted to the state comptroller’s website. The company submitted eight applications through the state’s Chapter 313 program, which allows school districts to limit the taxable value of a property for a portion of school taxes. The Chapter 313 program allows a cap of $10 million to $100 million for up to 10 years.

Chapter 313 has been used by numerous companies making large investments in Texas, such as Samsung and Tesla Inc. However, the program is set to expire at the end of 2022.

In the incentive applications, which were filed Aug. 9, the company lamented Texas’ high property taxes and called the appraised value limitation “the determining factor” in whether it will put the fabrication plants, or fabs, in Texas. It said that if Micron did not receive the limitation, the project could land in another state or outside the U.S. in Singapore or Japan.

“Texas’s notoriously high property tax is often a burden on developers; thus, in the absence of a Chapter 313 value limitation agreement the economic rate of return on this project would be greater in locations outside the state of Texas. Considering the large footprint of Micron, their ability to locate this project in an area where an economic incentive agreement can be secured is high,” the documents state.

Micron has not been approved for a Chapter 313 deal in Texas.

Other semiconductor projects being considered in Austin area

Micron’s $100 billion announcement comes at a critical time for the semiconductor industry. Geopolitical tensions and the coronavirus pandemic have created issues with the supply chain and prompted a push for more semiconductor manufacturing in the United States, where roughly 12% of the world’s semiconductors are made.

With or without Micron, the Austin area is a big beneficiary of that push. Suppliers including Applied Materials Inc. and Linde Inc. have proposed facilities near Taylor, although the former’s plans could be on hold. Korean news outlets report that Global Standard Technology Co. Ltd., which makes scrubbers and chillers used in semiconductor plants, could also be on its way to Taylor. Valex Corp., a semiconductor supplier, is working on sites in both Round Rock and Georgetown.

Micron, founded in 1978, invested $3 billion in research and development in its 2021 fiscal year. In a July securities filing, the company reported roughly 45,000 employees worldwide.

Micron has an office in Austin off I-35 and State Highway 45, according to its website.

Earlier this year, the company warned that waning demand could push the company toward negative free cash flow in the coming months. It’s part of a wider slowdown seen throughout the semiconductor sector.