Bitcoin pushed higher on Wednesday, reversing course after a roller coaster day of trading on Thursday.

Countries worldwide are in a phase of aggressive monetary tightening policy; the central banks of Canada, Switzerland and the eurozone have recently taken similar actions.

The broader concern is the extent to which restrictive monetary policy suppresses economic output, which is likely to have a negative impact on the prices of risk assets like bitcoin and other cryptocurrencies. 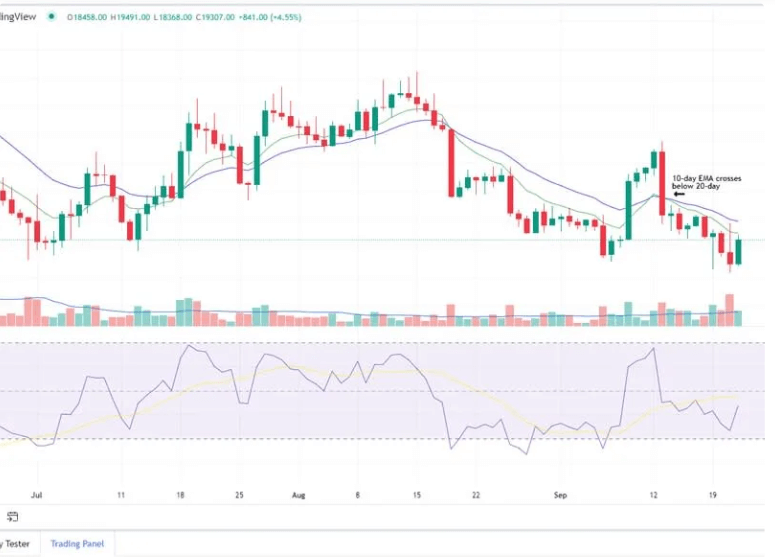 Technical indicators aren’t giving those investors long bitcoin a lot to be excited about.

“Candle” refers to the representation of an asset’s open, high, low and closing price on a given day. The RSI is a technical indicator that measures price momentum. An increase in negative trading volume following a greater than 10% decrease in price implies that bearish sentiment of an asset remains.

In a bearish confirmation, both price and RSI slope downward in tandem. Should the RSI slope begin to flatten as prices decline, that is an indication that the downturn is weakening.

There are early signs this is occurring, as Thursday’s RSI is up slightly. Its overall value of 40, however, implies that BTC is fairly priced at the moment.

On-chain metrics show that potential room to the downside still exists. The percentage of unique BTC averages in profit has fallen to 52.05%, per blockchain analytics firm Glassnode.

The supply of BTC held by addresses with a balance between 1,000 and 10,000 coins has dropped 8% since this February, and 12% since its peak in February 2021. Those coins are likely being absorbed by smaller investors as supplies for addresses holding less than 1,000 BTC have increased over the identical time period.

On a more promising, on-chain note, “Whale Net Volume” on exchanges has turned negative, signaling that addresses that hold 1,000 or more coins are moving coins off centralized exchanges. The significance of this trend is that large deposits onto exchanges often signal that investors are looking to sell bitcoin.