The advertising budgets of its customers are tightening as companies restructure costs amid macroeconomic challenges — which even leads an optimistic analyst to say the third quarter for Meta Platforms is ‘make or break’.

“I think the stock is back to questions around, really, core fundamentals,” AB Bernstein Senior Analyst Mark Shmulik told. “Folks can understand that that’s [the metaverse] like a more long-term initiative. I imagine investors would love it if they were spending a lot less on it.”

Advertisers tend to run digital marketing campaigns where the largest audience, targeting capabilities and conversion rates reside — for a decade, Meta subsidiaries Facebook and Instagram have been that venue. Corporate budgeting during macroeconomic uncertainty makes experiencing the value of ad spends through realized sales even more paramount. 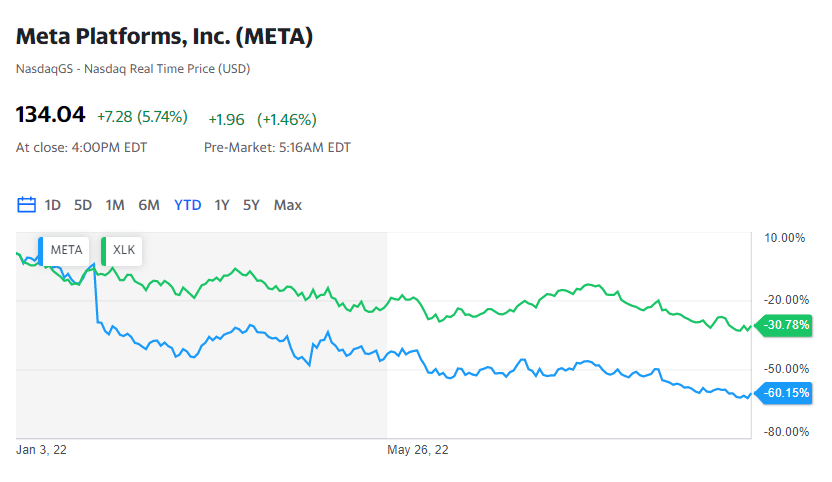 According to research conducted by Piper Sandler, TikTok is the favorite social media app among teens and the margin has only widened for the Bytedance-owned company when compared to Facebook and Instagram.

Finding legs in the metaverse

Facebook spent $10 billion in 2021 in early efforts to build the metaverse and Mark Zuckerberg informed shareholders in 2022 that the company will continue spending heavily to create the metaverse and will bleed money for three to five years.

The big bet may have an outsized reliance on the ability of Meta to sell metaverse experiential hardware and a reason to be there.

“If you take a look at the motivations behind it, we’ve gone through these changes in the past from desktop to mobile,” Shmulik said “And so they [Meta] understand that at some point, there’s going to be another computing platform change. They don’t want to be stuck in the application layer.”

At Meta Connect, Facebook Founder & CEO Mark Zuckerberg introduced a $1,500 VR headset, with the prevailing plan that a suite of familiar workplace collaboration applications may jumpstart engagement in the metaverse.

Accenture, Zoom, and Microsoft also announced a metaverse partnership with Meta platforms. Microsoft offers a significant friend in virtual reality with the commitment to bring its productivity tools and gaming cloud technology to the experience.

“I think what he’s talking about in terms of changing the world of computing for consumers is really innovative and interesting and risky, but bringing on the CEO yesterday of both Microsoft and Accenture? Great — says he’s got some great enterprise partners,” Martin said. “And I don’t think consumers want to pay $1,500. I think that’s the exception. But I think Accenture can pay to buy thousands of $1,500 goggles.”