Being rich and being wealthy are often seen as being the same thing. After all, people who are rich or wealthy tend to have more assets and greater financial freedom than the typical person. In reality, there are some major differences that define what it means to be rich vs. wealthy. If your financial goals include rising to the ranks of the rich or growing wealth, it’s important to know how they compare.

What Does It Mean to Be Rich?

Income is often used as a standard when measuring what it means to be a rich person. So what income is considered rich?

If you’re looking at the top 1% of earners, then you’d need an annual income of $540,009 to be rich, according to the Internal Revenue Service (IRS). The Economic Policy Institute (EPI) defines the top 1% as people who earn $819,324 or more per year.

It’s important to keep in mind that income alone does not necessarily determine whether you’re rich or not. Someone who makes a higher income but spends instead of saving or has significant amounts of debt, for example, may live a rich lifestyle but be broke on paper.

What Does It Mean to Be Wealthy?

Wealth is often defined in terms of net worth. Net worth is a measurement of the difference between your assets and liabilities.

Those numbers reflect how the financial industry typically views wealth. The average American views a net worth of $774,000 as enough to be financially comfortable, with a net worth of $2.2 million required to be wealthy. That’s according to Schwab’s 2022 Modern Wealth Survey.

Differences Between Rich vs. Wealthy 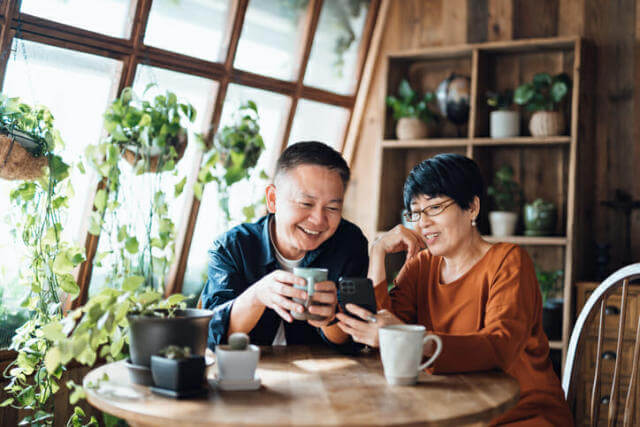 Looking at income or net worth is just one way to separate the rich from the wealthy. Again, however, how you use the income and assets that you have matters when determining where you land on the financial spectrum.

Here are some of the key differences between the rich vs. the wealthy.

Money mindset. Someone who is rich may see money as a means of getting the things they want. Money helps them live a certain lifestyle and they may tend to take more of a short-term view of their finances. It’s possible to be considered rich based on income and still live paycheck to paycheck, for example.

Wealthy people may see money as a tool for achieving short- and long-term financial goals. They may be less concerned with what they can buy with their money versus how they can use it to create additional wealth.

Spending habits. How a rich person spends their money may be very different from how a wealthy person spends. Someone who’s rich may enjoy spending money on fancy clothes, cars or vacations. They may not observe a strict budget or track their spending closely.

A wealthy person, on the other hand, may prefer to spend on items that are likely to hold their value for the long term or appreciate in value, such as fine art, real estate or high-end jewelry. By spending money on those types of assets, they can increase their net worth and wealth.

Expenses and debt. Someone who’s rich may supplement their income with credit cards or have a higher-than-average cost of living. For example, they may have one or more car leases or car payments or pay for their children to participate in pricey extracurriculars. They might also have an expensive mortgage because they purchased a home in an upper-scale neighborhood, which can mean paying higher property taxes as well.

Wealthy people may see credit cards as more of a convenience than a means of funding a certain lifestyle. They may have a higher cost of living, but they have a higher income sufficient to maintain it. If they have debt, it may be linked to assets that are likely to grow in value, such as homes, yachts or collectible cars. Their monthly spending plan may include expenses that a rich person’s may not, such as payments to housekeepers, groundskeepers or personal staff.

Income. A rich person may derive their income from just one or two streams. For example, they may work a full-time job or run a business. Their income is typically entirely dependent on them doing some type of work to earn money.

Wealthy people often have more than one stream of income. They may earn money from working but they also derive income from investments, business ventures or consulting. Some of their income streams may be passive, meaning they don’t require much or any work at all in order to make money.

Savings and investments. A rich person may have an emergency fund and be investing for retirement through their 401(k) or a similar workplace plan. They might also have an IRA or a taxable brokerage account, which they use to trade stocks, exchange-traded funds or cryptocurrency. They may or may not work with a financial advisor on a regular basis.

Someone who’s wealthy may have an extensive portfolio that includes commercial real estate, business holdings, hedge funds, gold and precious metals, artwork or fine wine. They likely have a financial advisor and or/a private wealth manager who offers advice on building their portfolio and making smart investments to increase wealth.

Financial planning. As mentioned, someone who’s rich may work with a financial advisor to develop a plan for managing their money. That plan might include saving for retirement, paying down debt or higher education planning for their kids.

Wealthy individuals may have a broader scope of issues to tackle when formulating their financial plan. For example, they may be interested in philanthropic efforts and charitable giving. Or they may need specialized advice with regard to estate planning and the most effective strategies for passing on a legacy of wealth to their children, grandchildren or great-grandchildren.

How to Become Wealthy

If you’d like to become wealthy, you’ll need to have a plan in order to get there. Starting your planning early gives you a longer time frame in which to achieve your wealth goals. But even if you’re getting a later start, it’s still possible to reach a net worth of $1 million or more.

Here are some of the key steps for building wealth.

Invest consistently. Investing money in the market offers greater potential for growth than simply saving it. One of the secrets to creating wealth is investing on a regular basis. Contributing 10 to 15% of your paychecks to your 401(k) or an IRA automatically can be one of the easiest ways to do that.

Diversify your investments. Diversification allows you to manage risk and achieve the level of returns you desire. If you’ve only invested in stocks up to this point, for example, consider how you can broaden your horizons. Real estate, for example, can be an excellent hedge against inflation and generate consistent passive income over time.

Streamline spending and debt. Frivolous spending or overspending, paired with high levels of debt, can be significant roadblocks to growing wealth. If you’re not following a monthly budget or you’re carrying a substantial amount of debt, improving in those areas could help you get closer to wealthy status. Talking to a financial advisor can give you insight into how to get spending under control and pay down debts.

Set clear goals. What being wealthy means to you might be different from someone else and it’s important to have specific goals in mind. For example, if you believe having $2 million in assets would make you wealthy then you’d want to reverse engineer the steps you need to take to reach that target. The more specific you’re able to make your goals, the easier it becomes to break them down into actionable steps.

Rethink your mindset. How you think about money can impact your ability to build wealth. If you’re only interested in what your money can do for you today, then it can be harder to figure out what to do with it to get you where you want to be five, 10 or 20 years from now. Developing a wealth mindset can make it easier to adopt the behaviors and habits that are necessary to increase net worth. 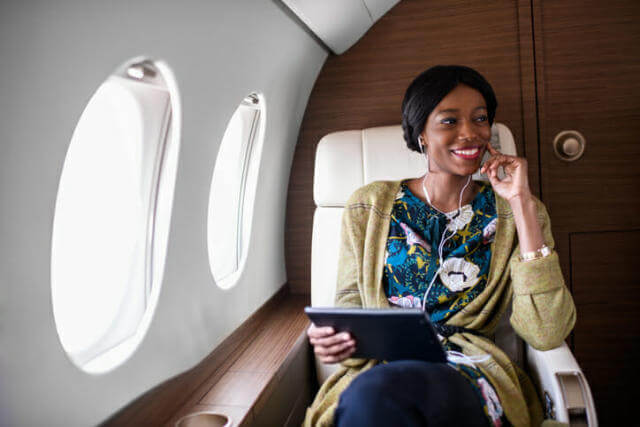 The gap between rich vs. wealthy isn’t just about income or net worth. It also reflects the way rich and wealthy people perceive and manage their financial lives. Knowing the difference between the two can help you clarify what your own goals are when it comes to your money.