“I have a lot of soul in that company,” Gelsinger told on the sidelines of the World Economic Forum in Davos, Switzerland. “And [with] any change in structure or acquisition, what I would be motivated to see is the innovation spirit of VMWare alive and well.” 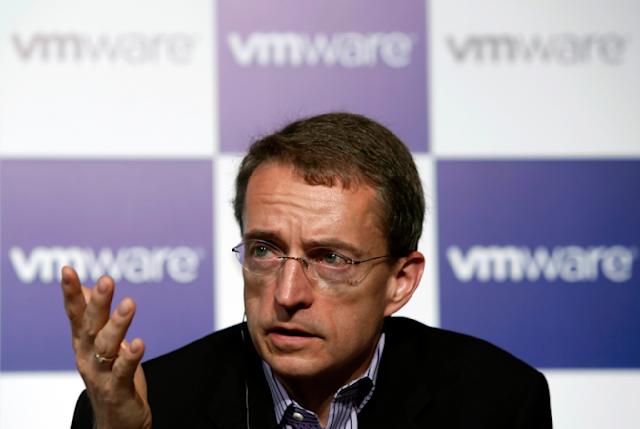 Bloomberg reported that fellow chipmaker Broadcom was in advanced talks to buy VMWare. The deal — rumored to come at a hefty cost of $50 billion — would vault Broadcom deeper into cloud computing services.

Gelsinger spent 11 years transforming VMWare into an industry leader as CEO. He told last year — not long after returning to Intel to be its next CEO — that VMWare made him a “seasoned CEO” and that it helped him gain “new leadership skills.” 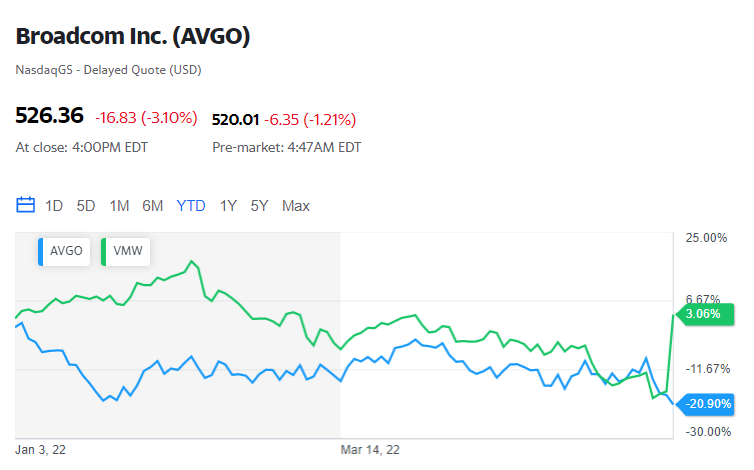 VMWare shareholders were handsomely rewarded under Gelsinger’s watch: Amid the acceleration in the cloud, shares of VMWare gained about 193% in the five years leading up to Gelsinger’s departure.

VMWare was fully spun-off from parent company Dell in November 2021.

“This is a large software asset innovating out of an important set of hybrid cloud and fundamental platform technologies,” Gelsinger said. “If it doesn’t help out (the deal) that innovation cycle, it’s probably not good. If it does, it’s probably good.”