Inflation could mean even bigger Social Security benefits in 2023

If inflation remains hot, retirees may get a bigger bump to their Social Security benefits than previously estimated.

Last week, the annual report from the trustees of the Social Security and Medicare programs projected a 3.8% increase in the cost-of-living adjustment (COLA) for beneficiaries’ monthly checks next year. But since the report data was gathered in mid-February, that COLA increase could be “closer to 8%” given the latest inflation data, Stephen Goss, chief actuary of the Social Security Administration, said in a briefing last week hosted by the Bipartisan Policy Center.

That would come as some relief — albeit belatedly — for the roughly 70 million retired senior citizens and disabled workers who are seeing rising prices smashing the buying power of their Social Security benefits and jeopardizing their financial security.

“There is no question that the high rate of inflation is putting a significant strain on current retirees,” Jason Fichtner, vice president and chief economist at the Bipartisan Policy Center, told. “While a tight labor market and rising wages are bringing in more revenue for the program, cost-of-living adjustments for beneficiaries lag behind. So, while the economic recovery has benefited the trust funds in the long term, current retirees are not seeing an immediate change in benefits that matches the inflation we are all experiencing.” 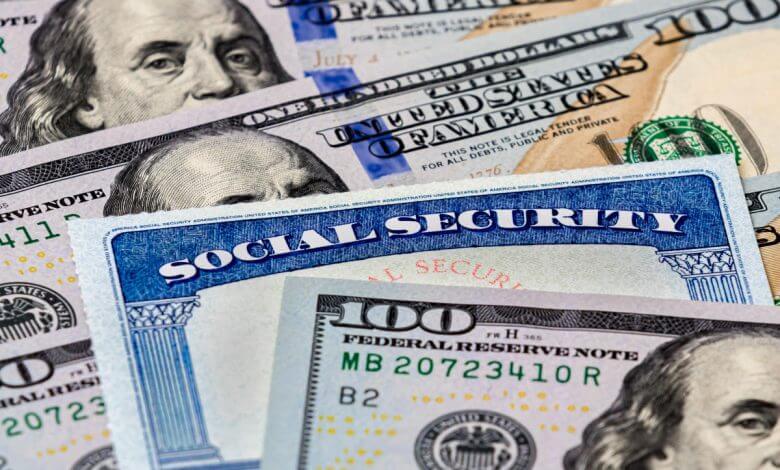 “Retirees on a fixed income, unlike those of us still in the workforce, can’t negotiate a raise with their boss or seek a higher-paying new job,” Fichtner said, “so the impact of inflation for them is especially acute.”

This year, Social Security beneficiaries did get a 5.9% monthly raise from the COLA increase– the highest in four decades. That bumped an average monthly retirement benefit of $1,565 in 2021 to roughly $1,657, or about $92 extra a month.

But that’s not nearly enough to buttress the rising cost of goods and services used by elderly Americans, Mary Johnson, a Social Security policy analyst for The Senior Citizens League, told. Based on the most recent consumer price data, the annual COLA for 2023 could be around 8.6%, Johnson said.

“New consumer price data is due out on Friday, and my estimate could very well change, especially with the stroke-inducing prices at the gas pump,” Johnson said.

The COLA for 2023 will not be announced until October and will ultimately depend on how inflation plays out over the next few months. It’s based on the increase in the average consumer price index for the third quarter of 2022 over the previous year’s third quarter.

Inflation is the top worry for retirees

Even that might not be enough to match rising costs. Treasury Secretary Janet Yellen recently warned in testimony before the Senate Finance Committee that the U.S. is at unacceptable high levels of inflation and said that the White House would likely revise upward its U.S. inflation forecast — which already showed prices rising this year at nearly twice the pre-pandemic rate.

“The numbers aren’t locked in, but it’s likely to be higher” than the initial 4.7% forecast, she said. New U.S. inflation data, to be released Friday, is expected by economists to show the annual rate holding steady at 8.3% in May, near a 40-year high.

“Polls consistently show that inflation is one of the top worries for people on fixed incomes, especially retirees,” Mark Miller, author and editor of RetirementRevised newsletter, told. “But the actual impact of inflation on retirees is more complex. It depends in large part on your financial circumstances and age — and on how you manage healthcare costs and Social Security claiming decisions.” 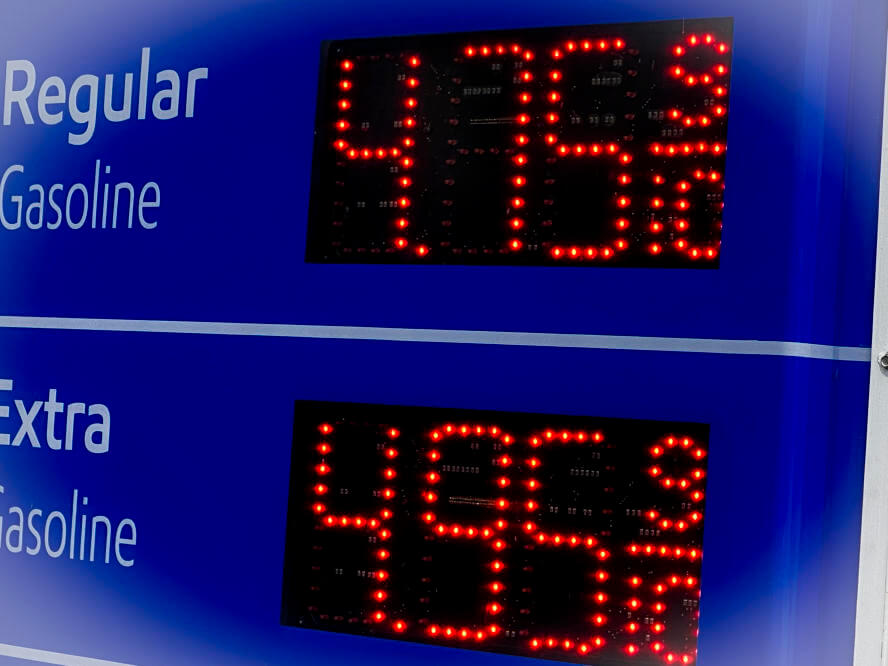 While prices rose in almost every one of the 37 goods and services spending categories typically used by retirees tracked by the Senior Citizens League study, the sharpest increases were in energy costs for home heating, gasoline, higher food prices for items such as eggs and coffee, and a steep 14.5% increase in Medicare Part B premiums this year.

“Rising healthcare costs can be especially ruinous for lower-income households,” Miller said, noting that half of Medicare enrollees had income below $29,650 in 2019 and 1 in 4 was living on less than $17,000. “Many struggle to meet basic needs, especially in high-cost parts of the country. Social Security is the most important source of protection from the impact of inflation — unlike nearly all other sources of retirement income, benefits adjust annually to mirror consumer prices.”

Lack of savings are compounding the hardship

Unless the rate of inflation and prices were to go down, which is not expected yet, Social Security recipients “are experiencing a large shortfall right now, and this creates real hardship,” Johnson said.

That pain is particularly true when retired and disabled Social Security recipients don’t have a lot of savings or other resources to turn to when prices rise, Johnson said. Surveys conducted by the Senior Citizens League over the past two years suggest that about 45% of all seniors report no or very little savings at all — making them highly dependent on Social Security.

“Renters not protected by rent control laws, low-income seniors who spend a larger share of their incomes on food, and seniors in rural areas and suburbs who rely on cars to get around are more affected,” told Monique Morrissey, an economist with the Economic Policy Institute.

Where seniors are cutting back now 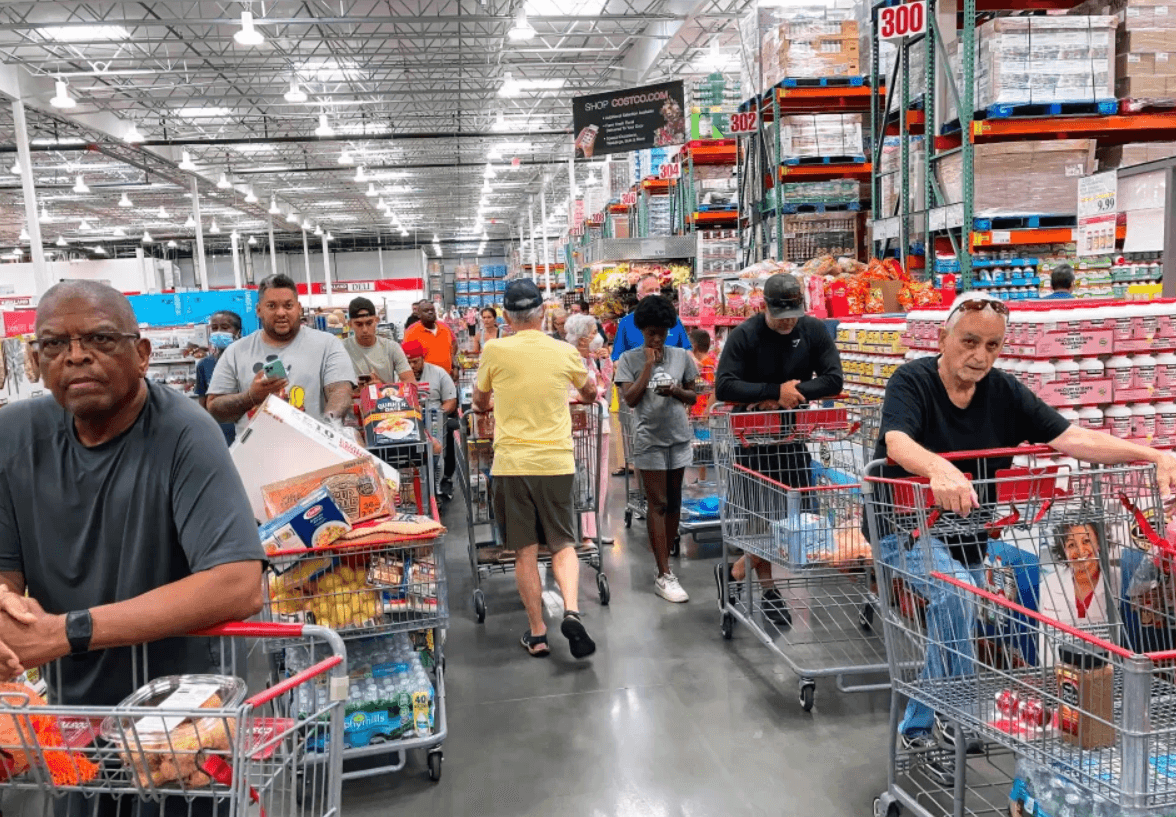 For all consumers, inflation means your dollar doesn’t go as far.

“But for people living on fixed income, they may be spending down savings they had hoped would be there for them a decade from now,” Johnson said. “For others it can mean worse health outcomes when they can’t afford any more gas for their car and can’t get to the pharmacy or worse, to their doctor’s appointment. It means there are people living in unsafe homes because they can’t afford the repairs. Others are telling us they are having difficulty locating housing at rents they can afford.”

Where seniors cut spending is problematic.

“The first place that gets cut is food,” Johnson said. “Then prescription drugs, and this can affect health, especially when people miss high blood pressure, heart, insulin and other drugs they depend on to keep them out of the hospital. Bills start going late and into collections. And seniors become ‘marks’ for scammers and unscrupulous business practices.”