India and the UK plan a 140-country solar grid. Will it work?

India’s most ambitious renewables venture so far, a global solar grid linking 140 countries, will be announced at the forthcoming Conference of Parties (COP26) climate meet in Glasgow. The venture will be partnered by the UK.

The project, titled Green Grids Initiative-One Sun One World One Grid (GGI-OSOWOG or OSOWOG), aims to harness solar energy wherever the sun is shining as the earth completes its 24-hour rotation around its axis, and transporting the electricity generated to areas that need it. The grid is to be developed in three phases.

With India facing an energy crisis due to a coal shortage, the focus has returned to the increased need for renewable energy resources.

Regional grids are not a new idea: There is the Australia-Singapore energy sharing project; China’s GEIDCO that aims to link Asia, Europe, and Africa through an intercontinental grid by 2035 and Nord Pool, already functional, which connects Scandinavian countries. But OSOWOG will be the first attempt at creating a global solar energy network.

The details of how this international solar grid will be set up and managed are likely to emerge after reports of the International Solar Alliance (ISA)-commissioned studies are out. The ISA is an alliance made up of 98 solar resource-rich countries aiming to share solar power with each other and the rest of the world.

While energy experts agree with the initiative’s premise and appreciate its scale, they question its feasibility. How will the initiative ensure consensus and high-level diplomacy between 140 countries? How will it establish the necessary multilateral institutional framework? What about the costs of laying high-voltage direct cables over long distances?

IndiaSpend reached out to the ministry of new and renewable energy for comments on these issues. This story will be updated when they do respond.

The launch of GGI-OSOWOG will be against the backdrop of the ongoing global energy crisis caused by high energy demand and prices and shortage of gas and electricity.

Global grid, with India at the centre

Prime minister Narendra Modi had, at the first assembly of the ISA in 2018, envisaged the creation of a transnational solar energy grid. OSOWOG too is an initiative of the alliance.

The OSOWOG project works on the idea that solar energy can be sent across high-voltage direct cables across continents, even from under the ocean, to needy countries. It envisages India at the centre of the solar spectrum, flanked by two broad zones: the “Far East”, including Myanmar, Vietnam, Laos, Thailand and Cambodia, and the “Far West”, covering the Middle East and Africa.

In May 2021, the UK and India agreed to combine their green initiatives–the UK’s green grid initiative or GGI that supports the agenda of a clean-powered future whose details will be announced at COP26, and OSOWOG, which has been pushing for global solar energy sharing at many international forums. The combined initiative is also a part of the India-UK 2030 roadmap for cooperation across various sectors and was discussed at the Energy for Growth Dialogue held virtually on Oct. 8, 2021.

The just-concluded fourth assembly of the ISA discussed the operationalisation of OSOWOG and held a technical session on it. Key subjects deliberated included a $1-trillion Solar Investment Roadmap for 2030, and approval of a “Blended Financial Risk Mitigation Facility.” Bloomberg Philanthropies (BP), a New York-based charitable organisation, announced a partnership with ISA to mobilise the sum of $1 trillion.

“Rigorous assessments and modelling have confirmed the initiative’s technical and economic viability, building a strong business case,” an ISA statement said, ahead of the assembly. “Its commercial feasibility has been further augmented by multilateral development banks such as [the] World Bank, which are helping create markets by driving down costs of solar power.”

Bloomberg also released a report titled Scaling up solar in ISA member countries. It found that electricity demand is expected to triple in 75 less-developed ISA countries over the next three decades while the cost of utility-scale solar is expected to drop by almost 20% in the next five years. “These findings show that solar power is the most economically viable solution for adding new power generation capacity for more than half the world’s population,” BP said in a press release.

The unique GGI-OSOWOG grid could address issues of storage, said R.K. Singh, the union minister for power, new and renewable energy, while speaking at a two-day discussion on Oct. 8 organised virtually by Wilton Park, the executive agency of the UK’s foreign, Commonwealth and development Office. “Energy transition is hit by the roadblock of expensive storage. If there is one grid connecting the world, then that will reduce the requirement of storage… It does not look as far-fetched because we already have regional grids,” said Singh.

OSOWOG aims to link existing national and regional grids to each other in order to create multiple intra-continental grids and eventually a single intercontinental global grid connecting the world.

Wilton Park underlined the advantages of the grid in a press release, especially on the issue of power storage, but pointed to the challenge of setting up transmission lines “crossing frontiers and time zones”.

At a two-day strategic discussion last week, Singh agreed that the task of setting up the mechanisms for global interconnection and grid management lies ahead.

ISA’s director general Ajay Mathur expressed hope that some of the first interconnection projects could be announced “in the coming months.”

Speaking at one of the sessions on Oct. 18, Amit Jain, senior energy specialist at the World Bank, said a south Asia power pool would be one of the first pilot projects under the OSOWOG initiative. A draft cross-border trade of electricity should be finalised soon as it can become the blueprint for south Asia power pool, said Jain.

Not all energy experts believe a global solar grid could work. It is a “super hypothetical, ideal scenario that may happen after 70 years”, said Samrat Sengupta, programme director for climate change and energy at the Centre for Science and Environment.

“This is the right approach but do we have land surface or earth surface (to set up solar panels) available to all countries, sufficient to meet their demand?” asked Sengupta. He pointed to the other issues that will need to be addressed—the variability of supply over the 24X7 cycle depending on time and season and the need for storage, even though it is reduced under the proposed model.

Building political consensus between 140 countries could be a knotty affair, Sengupta pointed out, citing the example of southern Indian states. The southern grid, he pointed out, was the last to be connected to the national grid. “In a nation like India, it took us this long to connect all the regions of the country through a national grid and we are talking about ‘one world, one grid’ that involves international trade,” said Sengupta.

Some policy experts see OSOWOG as India’s attempt at positioning itself as a world leader, a bid to outdo China’s One Belt One Road initiative–the global infrastructure project involving 70 countries and international organisations–but emphasise the importance and difficulty of international institution building.

Aditya Valiathan Pillai, associate fellow at Centre for Policy Research (CPR), is of the view that with renewables becoming the “new playground for geopolitics”, OSOWOG will be positioned as an extension of India’s foreign policy rather than its domestic energy policy.

“They have a grand vision, which is good,” said Pillai. “The question is, what sort of institutional framework underlies this massive vision? For any country to sign up for the global grid, they have to be comfortable in the institutional rules that are being proposed, they have to know that electricity will be supplied, that disputes will be resolved, that electricity would be sold at fair and transparent prices. If you are going to cede some authority or control to a supranational power, you have to be comfortable with it.”

Pillai pointed out that regional projects like Nord Pool are governed by sophisticated multilateral institutional systems whereas, in South Asia, we have seen a regression of geopolitical institutions such as SAARC. “Institutions have sort of disappeared from view. That dimension of OSOWOG seems to be missing,” Pillai said, suggesting that it would be a victory if we could just connect west, southeast, and south Asia.

Pointing to the incomplete electrification of India even after seven decades of Independence, an electricity policy expert at CPR, Ashwini Swain said, “We are talking about connecting so many countries globally but there have been many regional or intra-continental attempts in the past (not just for solar energy sharing but for a gas pipeline, for example), and nothing has worked out,” he said. “For example, to connect to the West, India has to go through Pakistan or Afghanistan. How will India achieve that?”

Cost of undersea cables may cancel out cheap solar advantage

The operationalisation of OSOWOG was discussed at the ISA fourth Assembly, where US climate envoy Kerry called on countries to invest in grid infrastructure and storage. “Harnessing the full value of solar energy will require countries to invest in storage, in grid infrastructure, and in flexibility in both demand and supply,” Kerry said, “And to connect solar power with parts of the economy that don’t currently use electricity, countries must invest in electric vehicles and clean fuels like hydrogen that can be produced using solar power.”

Swain of CPR estimated that it will take a few more years for solar energy to reach surplus levels anywhere in the world. “Also, transmission cost of electricity through cables under oceans or across continents is likely to be super expensive and the merit of cheap solar will be lost in that,” he said. 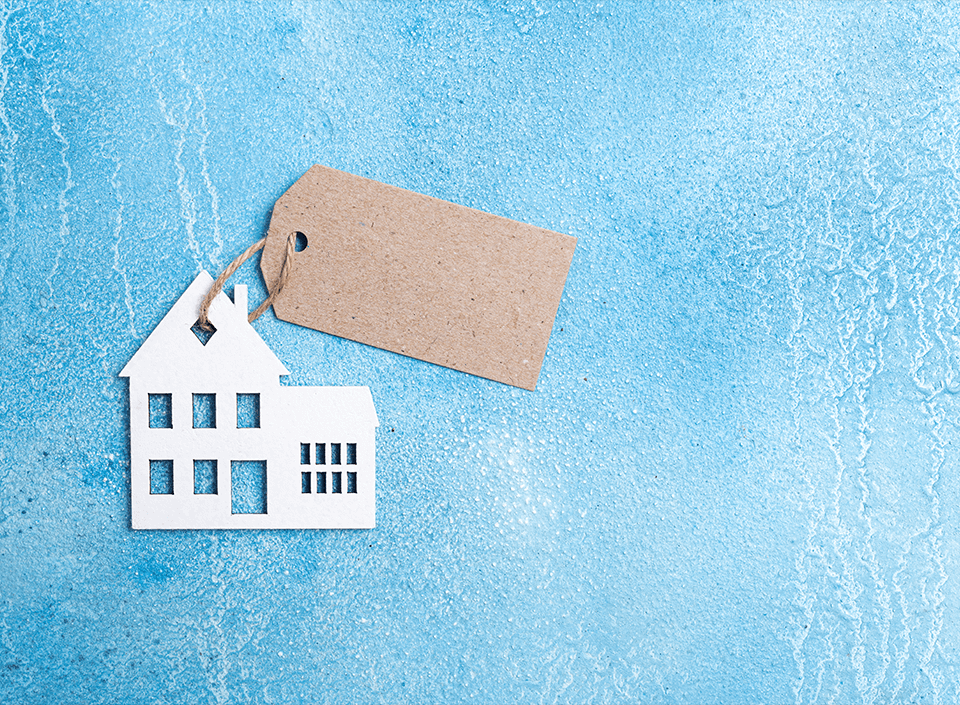