How the Fed’s balance sheet can address inflation

The Federal Reserve is turning its attention to taming high inflation, but it is going to take more than just higher borrowing costs to curb price increases.

The central bank will also have to figure out a strategy with what to do with its nearly $9 trillion in asset holdings, one that could prove critical to the effectiveness of the Fed’s attack on rising prices.

Since the pandemic began, the Fed has been snatching up trillions of dollars in U.S. Treasuries, which had the effect of depressing longer-term borrowing costs (part of the Fed’s efforts to stimulate demand). Longer-dated U.S. Treasury bonds (like the 10-year, or the 30-year) remained low through the pandemic and the subsequent recovery. 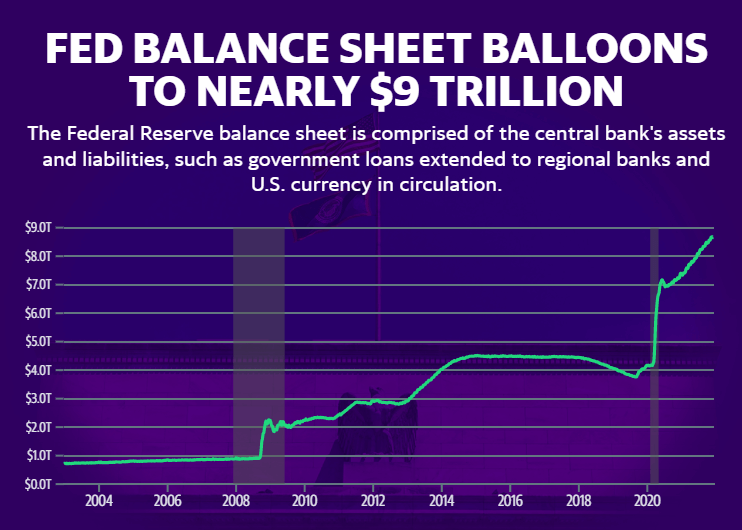 With prices rising to the tune of almost 7% year-over-year, the Fed is now trying to wind that program down to a full stop — a process it hopes to complete by March. Then, the Fed will consider raising short-term interest rates and debate ways by which it can actually reduce its asset holdings.

“We’re mindful that the balance sheet is $9 trillion. It’s far above where it needs to be,” Powell told Congress in testimony on Tuesday.

The question: How should the Fed time interest rate hikes with any balance sheet unwind? Does it matter?

Powell was mum on the Fed’s thinking. But other Fed policymakers have voiced concerns about hiking interest rates into a “flat” yield curve.

Because U.S. Treasury yields serve as a sort of proxy for interest rates, a 2-year Treasury at 0.89% roughly implies the Fed could raise interest rates about 0.75% (or three interest rate hikes of 0.25% each) from its pandemic-era setting of near-zero.

But the Fed is now signaling it could get far more aggressive than that in the next few years.

The U.S. 10-year Treasury  has risen alongside anticipation of Fed tightening. But as of Tuesday afternoon, the 10-year was floating around 1.75%, meaning that markets may not believe the Fed can credibly raise interest rates seven or eight times before shorter-term yields tilt higher than longer-term yields.

An “inversion” of this sort has historically served as a bellwether for recession.

The balance sheet comes into play because unwinding asset holdings could have the effect of lifting longer-term yields, according to St. Louis Fed President Jim Bullard. He told reporters on Jan. 6 that he would expect a reduction in the size of the balance sheet to put “upward pressure” on longer-term interest rates.

“It would be a smoother process if we did the interest rate increases in tandem with a reduction in the size of the balance sheet,” Bullard said.

“I believe that it will be appropriate to move earlier on the balance sheet relative to the last tightening cycle,” George said in a speech Tuesday.

Morgan Stanley’s Jim Caron said the balance sheet is what will make the Fed rate hikes impactful, not the other way around.

“The people who are calling for just more aggressive Fed rate hikes are missing it. What they need to think about is: the Fed needs to hike rates to an optimal level, but they also need to use the shrinking of the balance sheet to tighten financial conditions as well.” 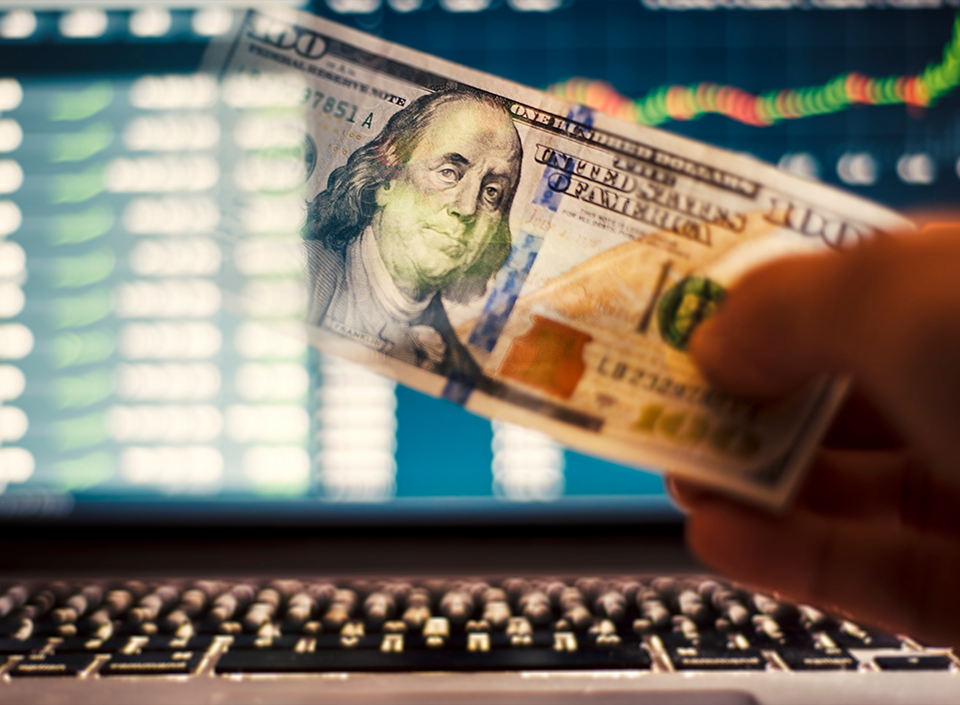 Could the world really avoid a recession?