Inflation is soaring — gas, lattes, Red Bull, you name it the price is skyrocketing. We know this.

But the number one question facing investors is how to protect their wealth against a rapidly declining U.S. dollar and rising interest rates. It’s a simple enough question that gets to the heart of the classic dichotomy of value versus growth.

Stocks that were leaders over the last decade — like FAANG (Meta Platforms’ Facebook (FB), Apple (AAPL), Amazon (AMZN), Netflix (NFLX), and Alphabet’s Google (GOOGL, GOOG)) and their various tech cousins — have vastly underperformed the broader market this year. Meta got sliced in half, and Zoom (ZM) is down 80% from its record high. There’s no shortage of examples.

On the flip side, the S&P 500 energy sector has been screaming higher amid the run-up in commodities — up nearly 40% this year (and it’s still only the first quarter). Of the 10 sectors besides energy, only financials are in the green year-to-date — and just barely so. Not surprisingly, communication services — home to Alphabet, Meta and Netflix — is the worst off.

All of this makes sense in the current market environment. Energy stocks are benefitting (with no immediate end in sight) from the tailwind of rising oil and gas prices. Financial stocks — from banks to insurance — are benefiting from higher yields as the Federal Reserve raises rates. (The flattening yield curve is a headwind but a topic for another day.)

Meanwhile, the types of stocks that benefited most from more than a decade of ultra-low interest rates — think tech, disruption, IPOs, SPACs — are getting pummeled this year.

Many of these companies aren’t profitable and are not capable of covering their interest payments at higher rates. Many of them will fail if the Fed does what it plans. Clearing out malinvestments and liquidating zombie companies — while painful — ultimately makes for a healthier economy. That’s the business cycle.

Beware of traditional ‘growth vs. value’
Both energy and financials are broadly considered “value” sectors, as that term is traditionally defined. And those previously high-flying tech stocks would mostly be classified as “growth” stocks.

Value and growth are both factors that investors screen for to see what’s been working recently with the hope that it keeps on working. (Other factors investors look at are profitability, leverage, momentum, volatility … the list goes on.)

As is often the case with finance, definitions aren’t standard. The stocks that get stuffed into an ETF with value in the name may or may not actually be considered value at any given moment.

The Vanguard Russell 1000 Value ETF (VONV) is up 9% over the last year while the iShares Russell 2000 Value ETF (IWN) is down 0.5%. The difference is partly explained by the universe of stocks the two ETFs are tracking. The Russell 1000 contains large cap stocks (generally $5 billion or more in market capitalization), while the Russell 2000 is composed of small caps.

Charles Schwab chief investment strategist Liz Ann Sonders breaks down a classic example. Two decades ago in 2002, the Nasdaq 100 would crater over 80% from its tech bubble high, and many investors were looking to scoop up bargains. 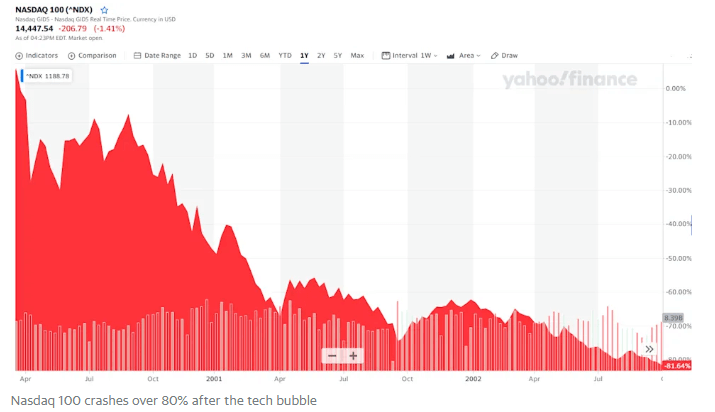 “For investors who were on the hunt for deep value, the clear play from a factor perspective was the beaten-up Tech stocks. Many of the hardest-hit names were indeed trading at deeply undervalued prices, but were still ‘housed’ in the Growth indexes,” she writes.

Sonders finds that screening for individual stocks in the current market environment is producing better results than piling into funds based on broad factor metrics.

“The moves underneath the stock market’s surface have been nothing short of treacherous over the past year. Rampant and massive shifts in sector leadership on a monthly, weekly, and even daily basis have made sector positioning over the short term an uncomfortable exercise,” she writes, adding, “Navigating the landscape from a factor-based approach has yielded less choppiness and more consistency, even in sectors that may not be considered growth- or value-oriented.”

But even if you’re a passive investor (which is fine — stock picking isn’t for everyone), it pays to read the prospectus. Performance across seemingly similar ETFs can vary considerably. And if you don’t like reading prospectuses, that’s what investment advisers are for.