Holiday-shortened week, inflation data: What to know this week

Investors will closely monitor reports in a packed economic release schedule this week leading up to the long holiday weekend.

The stock market will be closed all day on Friday in observation of Christmas Day, which falls on a Saturday this year. The U.S. bond market is also set to close early on Thursday at 2 p.m. ET, and close entirely on Friday as well.

In the days ahead, inflation data will be a central focus. This will especially be so following the Federal Reserve’s latest monetary policy decision and updated economic and interest rate outlooks, which showed the central bank now sees the potential for three interest rate hikes in 2022, based on the central bank’s Summary of Economic Projections. And that updated forecast, as well as the Fed’s decision to accelerate its asset-purchase tapering process moving forward, came as the central bank observed “the strengthening labor market and elevated inflation pressures” in the recovering economy.

This week’s inflation print is expected to come in hot for yet another month. The Bureau of Economic Analysis will release its latest report on personal consumption expenditures (PCE) on Thursday, which serves as a key gauge of price changes in the economy. PCE is expected to climb at a 0.6% month-over-month rate in November, according to consensus data compiled by Bloomberg, to mark an eleventh straight monthly increase. And on a year-over-year basis, PCE is anticipated to increase 5.7%, or the fastest clip since 1982. 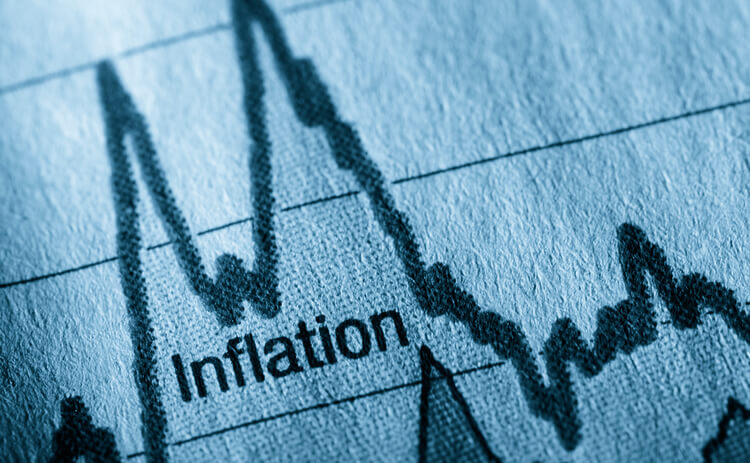 Core PCE, which excludes more volatile food and energy prices, is expected to jump at a 0.4% monthly rate to match October’s month-on-month increase. But on a year-over-year basis, core PCE — the Fed’s preferred inflation gauge — is expected to accelerate to a 4.5% rate, or the fastest since 1991.

These multi-decade high prints on inflation would be consistent with others that have come out recently. The headline Consumer Price Index (CPI) for November showed the fastest increase in consumer prices in 39 years. And wholesale prices, as measured by the Producer Price Index (PPI), surged by the most on record last month at a 9.6% clip.

These prints have also pointed to accelerating rates of inflation, particularly on a year-over-year basis.

Against this backdrop, some economists have suggested the Federal Reserve may be late to the game when it comes to acknowledging the risks of persistent inflation and pivoting their policies to stave off rising prices. And even in the Fed’s latest economic projections, the median Federal Open Market Committee member still saw inflation falling back to 2.1% — or virtually at the Fed’s 2% target — in the next two years.

“The Fed’s forecasts are very supportive to the markets over the near term. Not only is the hiking cycle late, slow and shallow, the economy looks good. Core PCE inflation drops back to just 2.1% even as the unemployment rate drops to just 3.5% next year and remains there through 2024,” Bank of America economists led by Michelle Meyer wrote in a note late last week.

“Unfortunately, we think such a benign combination is highly unlikely,” they added. “We are skeptical about their inflation forecast. We think they have not penciled in enough rate hikes. And we think even our forecast may be a bit too bullish. So enjoy the porridge while it is warm.”

Rising prices across a broad array of goods and services have also weighed on consumers’ near- and longer-term outlooks.

Economists have been closely monitoring whether the latest surge in prices has begun to deter consumers from spending on some goods. So far, the jury has been out. The Commerce Department’s latest retail sales report for November showed a smaller-than-expected 0.3% monthly increase in U.S. sales, though many attributed this to some natural reversal following a pull-forward in holiday shopping that took place in October.

Consumers themselves, however, have been reporting that they are becoming more wary of inflation. And these concerns have compounded with lingering uncertainty about the coronavirus to drive down consumer confidence.

The Conference Board’s latest consumer confidence index is due out Wednesday, and it is expected to show an only modest uptick for the month of December. Consensus economists are looking for this index to register at 111.0, compared to November’s 109.5. The Conference Board’s index had averaged around 128.3 throughout 2019 before the pandemic.

In the November report, “concerns about rising prices” were the primary reason for the depressed reading, followed by concerns over the Delta variant, according to Lynn Franco, senior director of economic indicators at the Conference Board. And this month, with heightened inflation still in play, consumer confidence could come under renewed pressure, raising concerns that consumers may begin to pull back on actual spending in a way that could impact economic activity .

“Inflation is real. I think it’s the number one focal point from the business community, as it should be,” J. Michael Prince, USPA Global Licensing CEO and president, told Yahoo Finance Live. “It continues to get worse. And we don’t see it any better any time soon. And I think consumers are going to have some real challenges on making decisions on where they want to spend their money as more and more dollars get taken out of their pockets from just pure inflation with gas, groceries, et cetera.”