Gas prices in U.S. fall below $4 per gallon average for first time since March

There’s less pain at the pump for drivers across America as gas prices steadily decrease.

The national average for regular gasoline dipped below $4 a gallon, according to AAA data, for the first time since March 5. Gasoline prices topped $5 per gallon on average on June 11.

Despite the recent decline in prices, gas at the pump is still 80 cents higher from one year ago.

Brent crude (BZ=F)— the international benchmark — has given up all its gains since Russia invaded Ukraine on February 24 but is still up more than 20% on the year. The same is true for West Texas Intermediate crude oil (CL=F), the U.S. benchmark, which hovered around $93 on Thursday morning.

The price of crude roughly contributes about 55% to the price of retail gasoline, according to the U.S. Energy Information Administration (EIA). 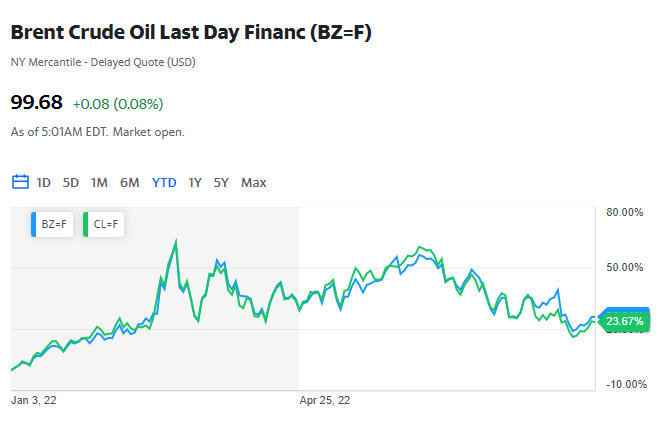 Another factor contributing to the drop is demand destruction — that is, as AAA found by surveying rivers, Americans simply driving less.

However, it’s unclear how much demand destruction there has actually been. One market researcher, Rory Johnsson of Commodity Context, recently argued that the weak gasoline demand data is “likely overstated” given distorted pandemic-era data estimation issues.

“US gasoline demand probably isn’t especially strong at the moment and has likely been weakening counter-seasonally for more than a month; but, it isn’t shocking coming out of a fresh all-time high price spike and the extent of this slowdown is likely being exacerbated by the commercial decisions of wholesale market participants,” Johnston wrote in a recent note. “Wider than usual errors in the WPSR [EIA’s Weekly Petroleum Status Report] estimates vs. the more-accurate PSM [Petroleum Supply Monthly] estimates through much of the pandemic era have also materially distorted comparisons between current data and data from 2020.” 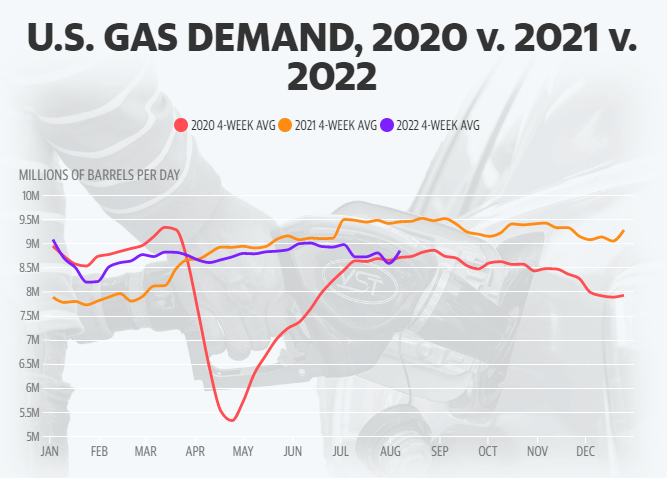