Wall Street is beginning to weigh in on Ford’s major transformation unveiled on Wednesday — so far the feedback supports the legion of newly formed Ford bulls.

The auto giant announced it would create two distinct internal teams: Ford Blue and Ford Model e. The maneuver is designed to free up resources so Ford could better attack the opportunity in EVs.

Ford Blue — essentially the company’s gas-powered auto business — will be focused on managing profits. That means attention on lowering costs, and plowing those savings into the EV Ford Model e division.

“This announcement is another encouraging proof point of action in the company’s Ford+ Strategy outlined earlier this year, and adds to a list of positive announcements made by the company in recent months, including plans to double production capacity of the F-150 Lighting and its joint investment with SK Innovation to create EV plants,” Bank of America auto analyst John Murphy said in a note. “Sometimes two is better than one with a shock to the system.”

“Our legacy business has been holding us back,” Farley said on a livestream presentation to media and analysts. 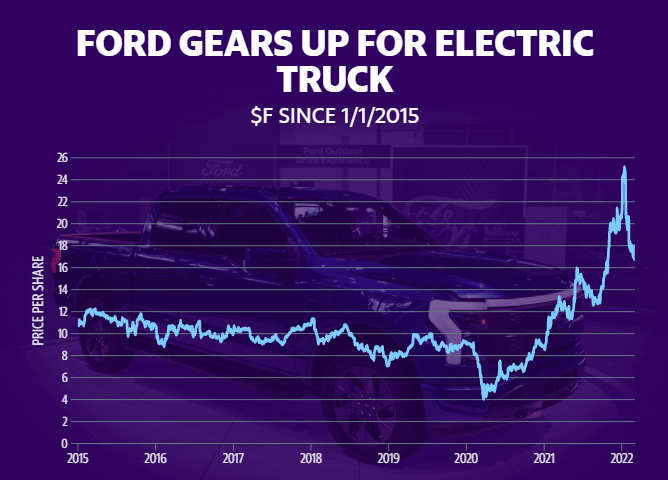 “We continue to believe Ford is starting to hit a more sustainable inflection in earnings, driven by the combination of a favorable product cadence in the US/NA market; redesign efforts; and a real push into electrification, autonomy, connectivity, and other future businesses,” Murphy added.

“We are going all in,” Farley said.