“So it’s really ‘climate, climate, climate,’” Connelly told . “We have been doing this report for a number of years, and what we found is that in recent years 67% of people that we speak to even before COVID were telling us that they were overwhelmed by changes taking place in the world.”

She described the confluence of the COVID-19 pandemic, polarized politics, and climate change issues as a “low-grade fever of worry” that consumers have been living with for the past year. Heading into 2022, Ford found that 81% of individuals surveyed from 15 different countries still cited climate change as their top concern.

Ford also found that in 2021, 70% of individuals surveyed worldwide reported that they were actively changing their behavior to fight climate change. However, a few years prior, they noted that only 48% of Americans said they were willing to take on sustainability initiatives if the inconvenience to them was “small or non-existent.”

Connelly spoke to the American sentiment surrounding sustainability as it pertains to electric vehicles.

“And I think that’s really the biggest key here, is that people want to do their part but they want to make it convenient,” Connelly said. “They want to make sure that they’re not worried about the duration of the charge, the charging range they’ll get, and that there’ll be opportunities for them to charge.” 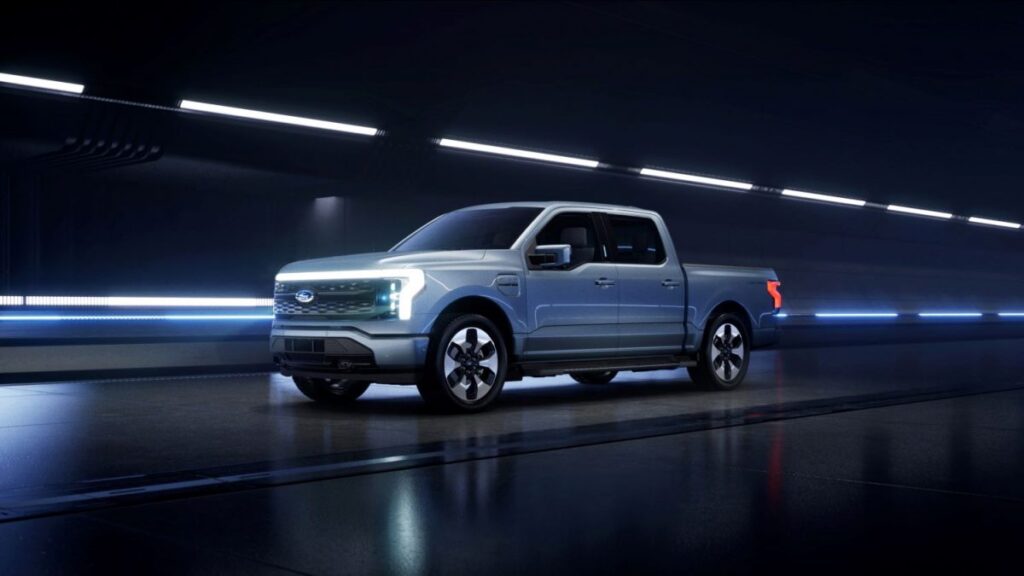 An all-electric F-150 Lightning on display at the Motor Bella event in Pontiac, Michigan on September 21, 2021. – The North American International Auto Show (NAIAS) did not hold its 2021 auto show as planned due to Covid-19 concerns but instead, they are hosting an auto-centric event called Motor Bella.

With Ford announcing that it intends to ramp up its EV production to 600,000 by 2023 — the company expects EVs to comprise 40% of the global vehicle mix by 2030 — its trends report was interested in surveying consumers regarding their thoughts on issues surrounding the adoption of EVs.

“We did ask people around the world when [they] think charging stations will outnumber the number of petrol stations in the world; 13% of Americans said that will happen by 2030 … But if you look to a place like Germany, 34% of the people said it’ll happen by the end of the decade,” Connelly said.

She cited government commitment levels as being the main reason behind this difference in consumer sentiment. For instance, the German government continues to revamp its incentive payments for buyers of electric and hybrid vehicles and required every gas station in the country to install electric vehicle charging stations as part of its 130 billion euro pandemic stimulus plan back in June 2020.

According to Conelly, the key to catalyzing the EV push is showing consumers that products like the Mustang Mach-E, the Ford F-150 Lightning, and the Ford E-Transit van can deliver on the same level as a V6 or V8-powered vehicle, and that there doesn’t need to be a trade-off between “mileage and muscle.”

To that end, Connelly mentioned how the F-150 was able to gain goodwill from the people of Texas during the winter storms in February 2021 through its onboard generator.

“Our local dealers dispatched F-150 [PowerBoost Hybrids] into the community to help people get power back into their homes. And I think those signals really start to change your expectations about what a vehicle can do for you,” she said.